Works by Josip Slavenski in Two Cultural Stations at the Weekend

‘Josip Slavenski became popular with his compositions on the European scene, not lagging behind the leading composers of the epoch, without losing the identity of the nation he belongs to’, these are the words of Igor Havran, an artist who was inspired by Slavenski and whose project ‘Josip Slavenski’ will be implemented on 9 and 10 October in two cultural stations. 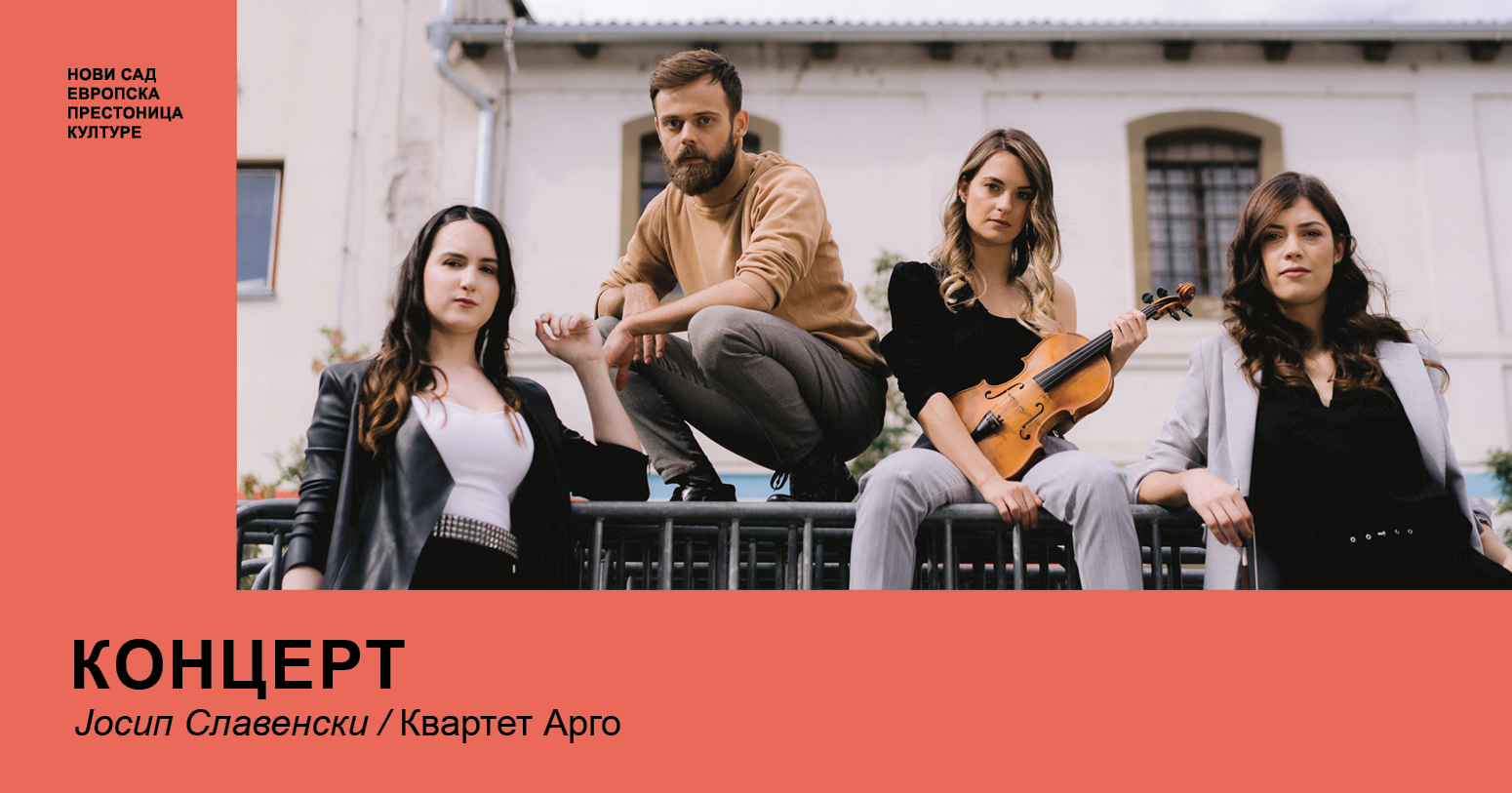 It includes two concerts performed by the Argo quartet. The first one will be performed in the Bukovac Cultural Station on Friday at 8.10 p.m. The second concert will be held in the Rumenka Cultural Station the next day, starting at 7 p.m.

‘We are looking forward to performances in Bukovac and Rumenka, because we will be honoured to perform the first and second quarter by Josip Slavenski at the places where the practice of performing classical music hasn’t existed, and, as far as we know, these works will be performed on the territory of Novi Sad for the first time now,’ said Mr Havran.

In his answer as to why Slavenski was the inspiration for his project, Igor says that many characteristics of expressionism can be found in the works by Slavenski.

‘It seems that his expressionism wasn’t a subjective necessity, but a consequence of intertwining the traditional through the focus of the artistic. Josip Slavenski was catching up the spirit, tradition and emotions of a nation he was surrounded by. He explored folklore in an unusual way for that time, getting into the spirit of the origin, thus managing to find the oldest and the most genuine sources of music. He searched for expression, colours, and some other sound, mood and atmosphere that he portrayed in his music. We want to follow his example,’ said Mr Havran.

The concert, during which the audience will have a chance to hear the works of the famous composer, is a promotion of the newly formed Argo quarter, formed with the members’ wish to jointly search, play and fight for music by promoting values that will contribute to the preservation of identity and richness of spirit and culture of people in the region.

Organisers kindly ask all visitors to adhere to all measures in order to maintain health and enjoy cultural events. Visitors are obliged to wear masks during all events. The maximum number of visitors, which is 500 people in public spaces and indoors, is being monitored during events.

The ‘Josip Slavenski’ project is one of the 42 projects that received funds within the ‘Artists. Now!’ public call of the ‘Novi Sad 2021 – European Capital of Culture’, aimed at strengthening local cultural scene, raising its capacities through a network of cultural stations, decentralisation of culture and audience development.