What a 20.000-year-old Instrument Looks and Sounds Like: ‘From the First Europe to 2021’ Concert in Svilara

The concert that combines prehistoric music and modern, electronic sound called ‘From the First Europe to 2021’ will be held in the Svilara Cultural Station on 19 October at 8 p.m. 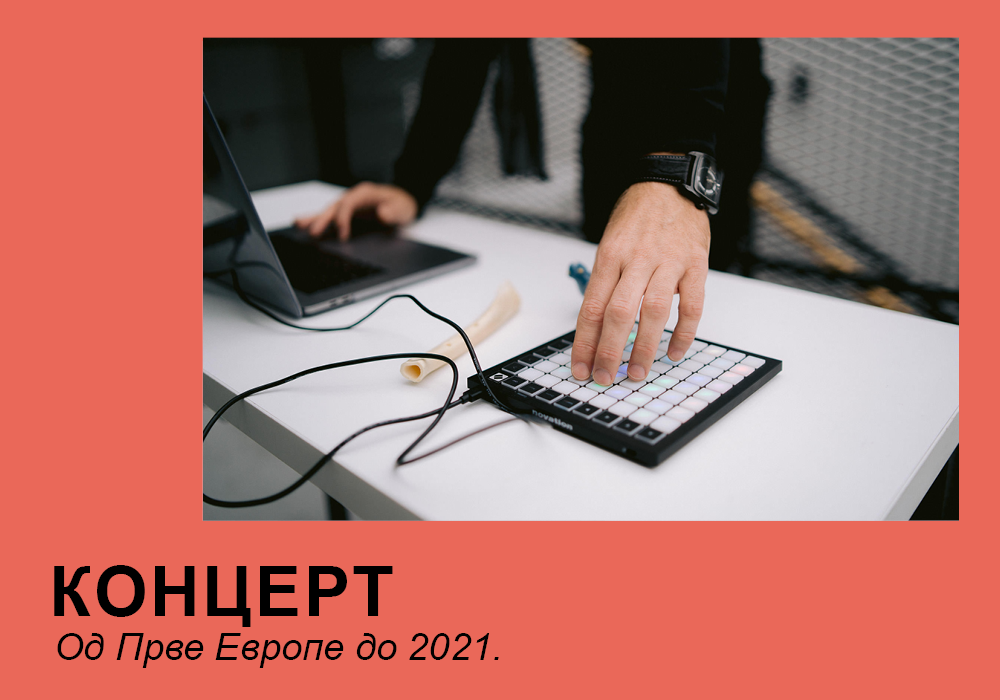 It is a project by Ljubomir Nikolić, an artist, with whom we talked about merging of two completely different musical epochs, cooperation with several important European museums, as well as what the audience will have a chance to experience in the Svilara Cultural Station.

The ‘From the First Europe to 2021’ project includes an interesting combination of prehistoric and electronic music. What does that combination look like? Which segments of ‘first music’ and modern sound are combined?

The idea for such an intriguing combination of ‘two sound extremes’ followed as a logical continuation of dealing with ‘prehistoric music’, which was mainly defined through the daily activities of prehistoric man: rituals, customs, hunting. Music is one of the greatest unknowns of that time because there are no material traces. The remains of certain instruments, such as bone instruments, buzzers, various types of ocarinas, and musical bows, can also be interpreted as ‘tools for work’. If we talk about the segments of merging ‘first music’ and modern sound, I started from the ideological point of approaching those ‘two extremes’. I tried to find common musical (sound) elements, juxtaposing the existing materials of both mentioned segments. I understood this as a kind of experiment because I did not have many previous materials that I could look up to and that I could base my further work in this unusual combination on.

It is actually part of a doctoral dissertation and research work that has resulted in a CD in collaboration with several significant museums in Europe. What are these museums and how did that cooperation come about?

Having in mind that I am quite active as a composer, there was an invitation from Hungarian partners and the Pro Progressione Association from Budapest to take part in the European project based on a different interpretation of how museums should function in the future. The project is based on intersectoral cross-collaborative cooperation between IT experts, museum workers, artists and archaeologists in the following museums: Matrica Museum (Hungary), Vučedol (Croatia), Iron Gates (Romania) and Lepenski Vir (Serbia). The aim of the project was to create a theatrical adventure game, which was set in the form of a performance with the support of AR/VR technology, actor-performer and original music.

How long did it take to do the research?

The research lasted from 2018 to 2019, about 5,000 kilometres were travelled, and a large database was collected. I believe that the research will last until 2021.

When did you first encounter prehistoric music and in what way? What sources did you use? How demanding was it to explore the first music?

I found sources for the study through literature and fieldwork. When it comes to literature, I primarily cite the works of the Canadian composer Raymond Murray Schafer and subjective re-examination of the manifesto ‘The Art of Noises’ by Luigi Russolo, an Italian futurist, painter, theorist and composer, dedicated to his friend, the composer Francesco Barilla Pratella. More precisely, the ‘re-examination’ of the possibility of manifestos in prehistory, partly in antiquity, all the way to the meaning and role of the same sounds in modern times. Russell’s setting of the ‘futuristic’ orchestra follows a series of six groups of sounds that were my starting point.

How did you come up with the idea to combine prehistoric and electronic music? Are there any similarities, i.e., have we preserved anything from that first music to this day?

What I would point out as the main similarity is dynamic expressiveness. It is a negligible fact that a large number of theorists consider the period of antiquity to be the most important period for the later development of music and its entire history. On the other hand, the period of prehistory is ‘underestimated’ and is waiting to be ‘discovered’. A large number of textbooks represent the period of prehistory as insufficiently known, or (due to the small number of facts and insufficient material evidence) it is interpreted only as part of other activities: hunting, fishing, harvesting, rituals. Is music a human activity within certain actions or was it a ‘spiritual’ need? How did prehistoric people understand sound? How and whether the sound influenced the emotional factor of prehistoric man, because he was undoubtedly surrounded by ‘sound’ colour.

What will the presentation of your work in CS Svilara look like?

What I would like to emphasize is that the audience will have a rare opportunity to see and hear the reconstruction of the prehistoric flute, a grubgraben that dates back almost 20.000 years! The performance is based on a combination of live performances on prehistoric instruments, occasionally with CD playback, sampled recorded rady-made objects and instruments created by Austrian music-archaeologists Beate Maria Pomberge and Maria Hackl.

Of particular value are the recorded sounds of artifacts mostly from the Neolithic period: three ball flutes, ocarina type from Romania (Ljupčova ornica), Macedonia (Anzabegovo – Vršnik culture), Austria (Brunn und Gebirge, culture of linear ceramics) and a clay horn from France (Rohnavalley, copper age), which are processed live during the performance and ‘stratigraphically’ build musical material. The video work corresponds to the audio material and represents the ‘base’ of the collected materials in an attempt of synesthesia in video art form.

The organisers ask all visitors to adhere to all measures in order to preserve their health and for better enjoyment of cultural content. Visitors are required to wear protective masks at all events. The organizer keeps the right to change the maintenance of the programme and the format of events due to change of epidemiological measures.

‘From the First Europe to 2021’ is one of 42 projects that received funds in the Public Call to Novi Sad artists within the ‘Artists. Now!’ project aimed at strengthening cultural scene through a network of cultural stations, raising its capacities, decentralisation of culture and audience development.