Thanks to the Kaleidoscope of Culture, Novi Sad Becomes the Capital of Literature

Slobodan Tišma and Aleksandar Gatalica, winners of the NIN Award, Laslo Blašković, the author of prose and poetry from Novi Sad, Franja Petrinović, critic and editor, Maša Seničić and Andrea Popov Miletić, young talents of the local literature, as well as eminent European multi-award winning Dejan Tiago-Stanković, Isabelle Wéry, Laurent Seksik, Barbi Marković, Weronika Murek, are just some of the authors thanks to whom Novi Sad will become the synonym for European centre of literature in the following seven days. 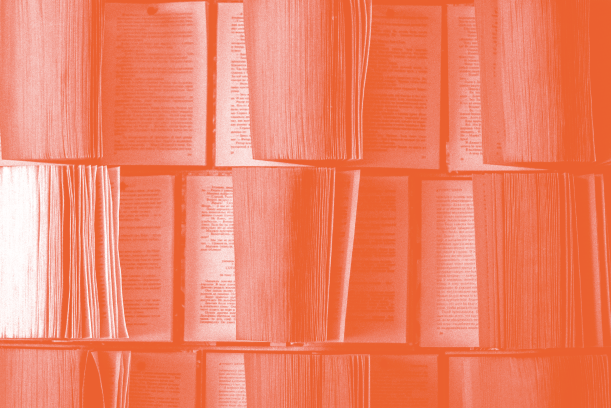 The Cultural Stations Svilara, Egység and Caravan will host 20 affirmed foreign writers, almost 70 local writers and more than 30 musicians. That way, Novi Sad will slow down for a moment because – it’s time for a book!

The third week of the Kaleidoscope of Culture, lasting from 19 until 25 September, is dedicated to presenting the diversity of the local literary scene, connecting local and European authors, discovering new places and formats for literary events, decentralisation of culture as well as audience development.

This time, due to the adopted preventive measures, the audience will be able to follow these literary events online as well via the Kaleidoscope of Culture website and NoviSad2021 YouTube channel.

Aleksandar Gatalica On Literature and Music

The audience can spend their Sunday morning, on 20 September at 9 p.m., witnessing the unusual connection of music and literature. Vladimir Gvozden, PhD, professor at the Academy of Arts, will be the moderator for the discussion with one of the most significant contemporary writers, Aleksandar Gatalica, and a violoncellist, Marko Miletić. Visitors of the Najlon market will be able to hear this discussion following the broadcast live from the studio, while the event itself will be available online too via Facebook pages  the Kaleidoscope of Culture and Novi Sad 2021.

Literature Night Marks the Beginning of the Week of Literature

A night when writers talk to their audience in the alternative spaces across Europe, is being held in Novi Sad for the first time this year, in an alternative form. On Saturday, 19 September from 6 to 11 p.m., nine local authors will present nine European authors.

In addition to this, the audience will have a chance to hear the excerpts from the works of the authors read by Kristina Savkov and Danilo Milovanović, actors of the Youth Theatre. The audience will be able to follow Literature Night online via the Kaleidoscope of Culture website and NoviSad2021 YouTube channel.

The essence of Literature Night is to present literary works of the authors that live and work in countries that participated in the festival, whose works have been distributed and published in Serbia and in the Serbian language. Literature Night is being held in coordination with the ‘Novi Sad 2021 – European Capital of Culture’ Foundation and Novi Sad department of the French Institute, with the support of the EUNIC, Serbia and EU Delegation to Serbia clusters, while the partners are the embassies of Slovenia, Slovakia, Poland, Sweden, Portugal, Belgium, the Netherlands, and Austrian Cultural Forum, French Institute and Wallonie-Bruxelles International. 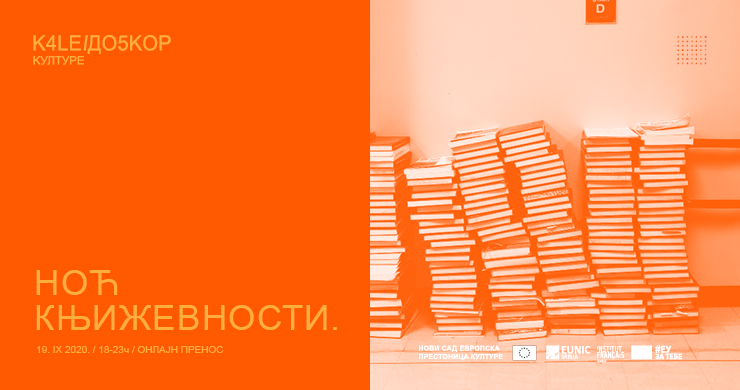 ‘The Female Poets Boulevard’ and Book Evenings by Milan Mumin

Plateau in front of the ‘musical bookstore’, Bulevar Books, will be given to the extraordinary, young, female poets Radmila Petrović and Maša Seničić on 22 September at 7 p.m. Within the ‘Book Evenings by Milan Mumin’ programme, alongside reading poetry in English and Serbian, a gig and a discussion with Zlata Miklja, the audience will have a chance to familiarize themselves with the poetry books ‘The Not-No Songs’ and ‘Fanatic’.

Guest of the ‘Oko(m) knjige’ cycle in Egység – Alen Bešić In the Egység Cultural Station, within a series of literary discussions, ‘Oko(m) knjige’ will present Alen Bešić, literary critic, poet, translator and editor, on Wednesday, 23 September at 8 p.m. Katarina Kostić, manager of this programme, will talk to Alen Bešić. 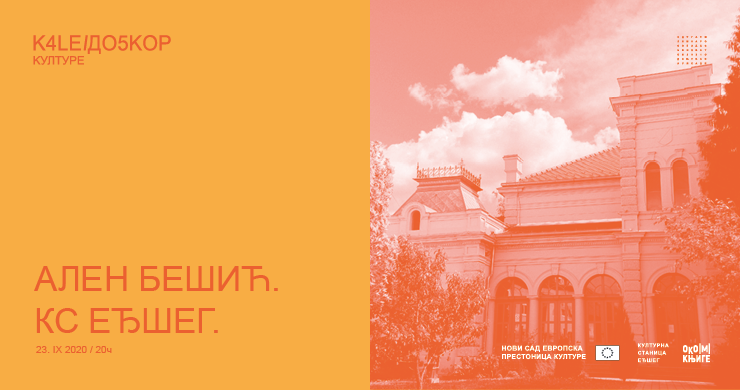 The ‘Novi Sad in Contemporary Literature’ project is conceptualized in the form of collective literary night of several generations of writers from Novi Sad, who, through their works, thematized the city itself. This will be held in the Svilara Cultural Station on Friday, 25 September at 7 p.m.

Slobodan Tišma, Milan Tripković, Marijana Čanak, Andrea Popov Miletić, Franja Petrinović and Laslo Blašković will speak at the Literature Night. The participants will read excerpts from their texts and will talk similarities and differences of how the city is experienced in those excerpts with Vladislava Gordić Petković as a moderator.

The Kaleidoscope of Culture is a yearlong project of culture of togetherness, which through different processes connects artists, cultural institutions, non-governmental organisations, citizens and tourists, in order to present places and programmes across the city, promoting a unique, distinct image of Novi Sad by the end of summer.

Organisers kindly ask all visitors to adhere to all measures in order to maintain health and enjoy cultural events. Visitors are obliged to wear face masks during all events. The maximum number of visitors, which is 500 people in public spaces and indoors, is being monitored during events.