Surreal, Warm and Touching Sounds of Oboe on 11 and 19 September in Egység

Expressiveness, warmth and tenderness – these are the words that describe one of the oldest instruments, and according to Guinness, one of the hardest to master, and the rarest in Serbia – oboe.

‘When I explain to people the role and voice of the instrument, I always quote Žužana Egić, my first oboe professor, who would say: ‘When the most beautiful and touching scene appears in a movie, then the sound of oboe lightens the whole atmosphere.’ ‘That is the voice of this wonderful instrument,’ this is how Sanja Romić, musician and founder of ‘Oboe Fest’, described it.

‘The audience will have a chance to hear oboe and harp duet at the opening concert on Friday, 11 September. We will also play the music of French impressionism, which is popular, pleasant to hear, but very demanding to play. Musicians usually play flute, which is rather ‘fine’ when it comes to expression, but the key is to find the right expression style, and what lies behind it is a technical part regarding our individual practice. The audience will have a chance to enjoy beautiful melodies and music stories about this period in music, composers and their works. In this manner, in addition to unique music experience, the audience will gain some knowledge at the concert,’ said Sanja Romić and added:

‘I am especially thrilled to present our young oboe players, who are scholarship students of ‘Oboe Fest’. What does it mean? It means that they responded to our ‘Oboe Fest’ music challenge during quarantine period. They recorded a video during which they played a composition they love, and explained why music, oboe and working in the field of art is important for them. In this manner, we wanted to motivate them to practice no matter the situation and to do something useful and share their art with others.’

Students who won scholarhips are Anja Antić from Novi Sad, Andrej Jovanović from Belgrade and Marko Marković from Kragujevac.

This festival is taking place for the third year in a row, and in 2018 and 2019, it comprised master classes held by world famous oboe players, exhibitions of instruments, workshops for mouthpieces making, different lectures within which the concept of ‘Play with Ease’, which deals with musicians’ health, body techniques and mental preparation, was presented.

‘This year, we decided to implement the local festival with the focus on concert performance, in order to maintain the continuity and offer knowledge of local artists who do not give lectures and do courses in Serbia. The pandemic distracted our initial plan, but it is important to handle it somehow and maintain the sound of music. Since music and art offer the most beautiful state of sound and mind, especially in situations like this,’ explained Sanja.

Although surreal and poetic, she said that the biggest problem in Serbia is related to the lack of quality instruments and instruments in general in primary and high music schools. There are usually very old instruments that does not work well and it is necessary to buy new ones.

‘If you do not have an instrument in school, who will apply to play it? This is the same as if you have Fiat 600 or you do not have a car at all and you are in the Formula 1 race. Then comes the most important part of oboe – a mouthpiece. This is a small handmade piece for mouth, since it has to fit players needs and their physiognomy of mouth. In the beginning, it is made by professor, and later, students learn the whole procedure in order to become independent and able to play.  This is the most essential part of oboe and the expendable material is needed: reed, knives, wires, strings, staples, etc.,’ explained Sonja Romić, founder of ‘Oboe Fest’ and added:

‘We neither have any shop of such material, nor repair service. Then we come to the price, which is high. When you add shipping price and customs duties, it is really expensive. In addition to this, people are not informed enough about details of the process of mouthpiece making and innovations in the domain of making the instrument, which is the reason why we are ‘way behind’ the world and we waste great talent and potential of our young musicians who inevitably have it.’ 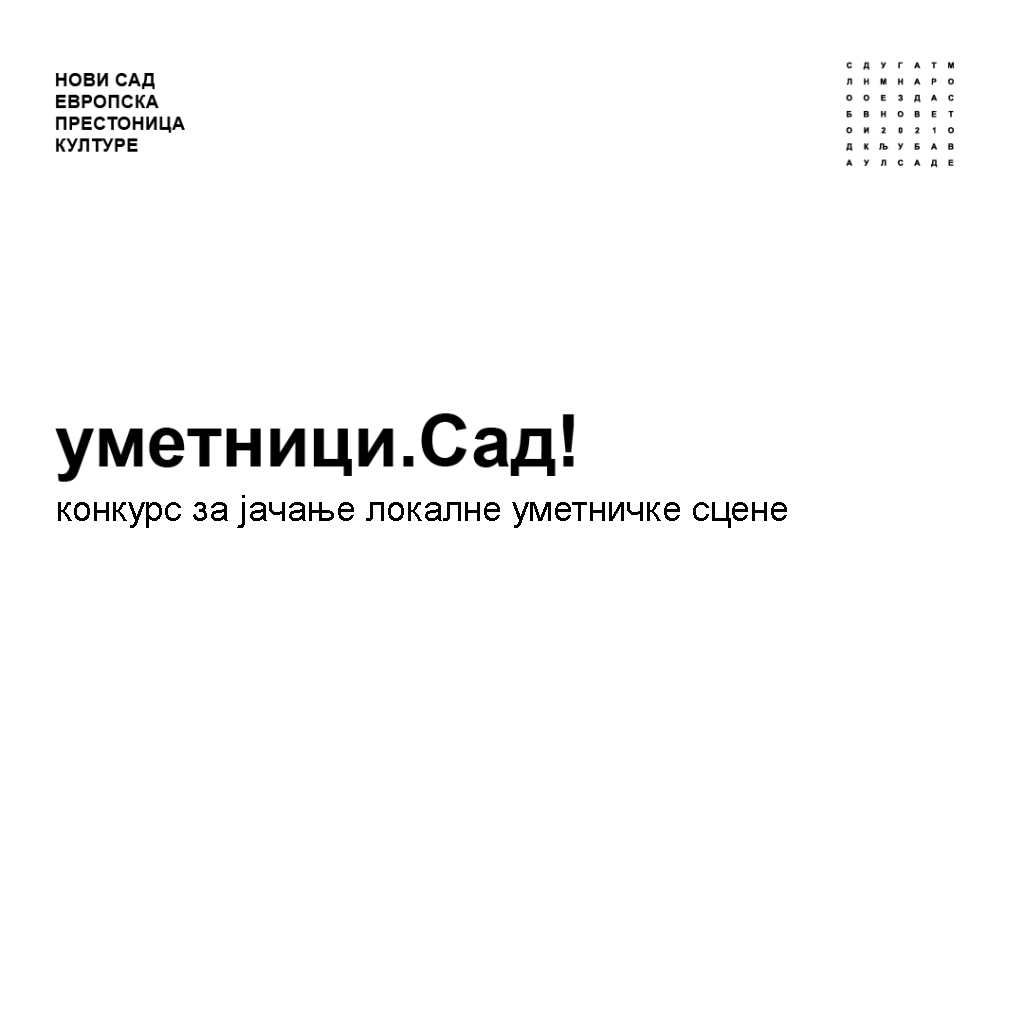 Therefore, Sanja said that any support is of great importance.

‘We are happy to see that institutions, such as the Europan Capital of Culture, see the value and contribution of our project. It is especially important since it is related to culture, which is neglected, and that reflects on quality music education in the future, orchestra management that hires oboe players and who need such educational staff. This would not be possible without support from institutions. We work on things that take time and persistence and that will show concrete results after several years. The same as growing a plant. You do not see the flower at first, but you cultivate it in order to flourish and grow. This is the case with our project. Who believes – creates, who works – builds,’ concluded Sanja Romić.

The project is one of the 42 projects that received funds within the ‘Artists. Now!’ public call of the ‘Novi Sad 2021 – European Capital of Culture’, aimed at strengthening local cultural scene and raising its capacities through a network of cultural stations.