‘Sexuality of the Invisible: Film and Reality’ in the Egység Cultural Station on Friday

Art breaks the boundaries and changes the world, so does the film – it reflects the reality of relationships between people with the power to bring changes. On Friday 28 August starting from 6 p.m. on the Facebook page of the Egység Cultural Station the audience will have a chance to meet the group KAO Parnas, authors of the ’Sexuality of the Invisible: Film and Reality’ project, which is one of the projects selected within ’Artists. Now!’ public call for strengthening the local art scene.

Within the project, the audience will have the chance to follow the discussion between Milica Knežević, the author of the ’Choose to Live’ blog, Tanja Josić, actress and philosophy professor, Tatjana Stojšić Petković, psychologist, as well as Milesa Milinković, producer and director of ’Seize the Film’ festival. 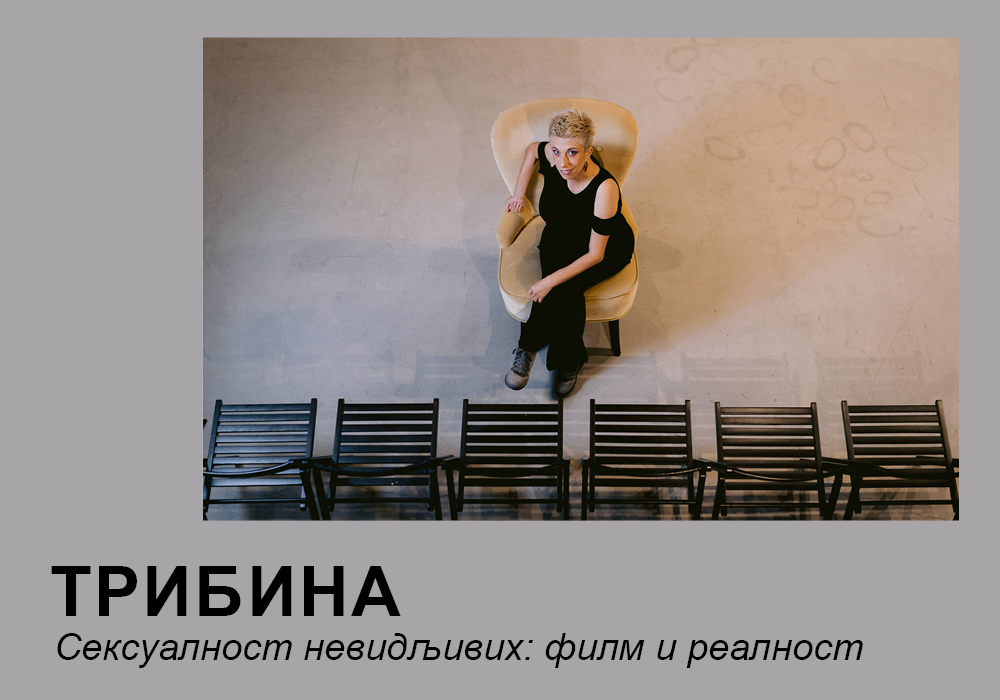 After the public discussion, movies ’Indimenticabile’ by Gianluca Santoni, ’Power of the Body’ by Marija Maca Obrovački, ’Love, Sex and Rose’ by Leonardo Suarez, ’Colleagues’ by Damian Weber and ’Inside of Me’ by Oradol Kaewprasert that talk about taboos, break down stereotypes and prejudices, will be available on the YouTube channel of the international film festival ’Seize the Film’ starting from 8 p.m. and until midnight.

Milesa Milinković, the author of this project, says that around 500 movies about disability from all around the world subbmit to this festival every year, while there are far less movies that come from Serbia and the region.

’As far as I know, there are only two movies that deal with sexuality of disabled women. Those movies were made within the movie workshop for people with disability in 2012 and I was the director of both movies and the author of one. The two of us – women with disability, are the only ones who were brave enough to speak about this topic through film. The topic is much more spoken about outside this region, which is why there are so many movies from abroad (not all of them make it through our expert jury selection). Also, sexuality of transgender women, lesbians and such topics seem less popular, even ’impossible’, in this part of the world’.

Milesa adds that in the last two decades, with improvement of society and human rights, the status of impaired persons in the world also changed. These people are more visible, involved and active, but she also states that, just because there is an improvement, it doesn’t mean that the mission is over.

’With ’Sexuality of Invisible: film and reality’ project, we want to offer a cultural event that connects film art, taboo topics and affirmation of artistic potentials of women with disability. Our idea is to offer our audience around one hour of short movies regarding the topic of sexuality of people with disability from the archive ’Seize the Film’, and then, through the public discussion with the four activists and artists – women with (different) physical disabilities, talk

about challenges, prejudices, stereotypes, possiblities. We wish to interpret the movies together, exchange our opinions and encourage our audience to think more about all the microactions’, says Milesa and adds that the question of disability is something that concerns all of us:

A society is made up of individuals, and these individuals, influenced by the ’Seize the Film’ festival, are: people with disability and their families that might be indentifying with the characters from the movies. They can see that they are not alone in the challenges they face every day and can get insights into some possiblities for self-discovery and affirmation of their potential. Ffurthermore, it influences their friends and others who, after watching the movies, can have a better understanding of the phenomenon of disability. It can also impact people without disability, which often say they didn’t have a chance to see this kind of content anywhere else, and that it changed their perspectives.’

Milesa Milinković believes Novi Sad could use the ’European Capital of Culture’ title to make culture available to everyone, as much as possible.

’Here, I think about the availability of objects and content, with an aim to affirm both artists with disability and inclusive projects, i.e., to set up the standards for disabled people as creators and consumers of art and culture, which will be something permanent, existing even after 2021/22’, concludes Milesa.

’Sexulity of the Invisible: Film and Reality’ is one of the 42 projects given funds on the open call ’Artists.Now!’ by the ’Novi Sad 2021 – European Capital of Culture’ Foundation, whose aim is to strengthen the local cultural scene, raise their capacities through the network of cultural stations, decentralise culture and increase the audience.