Kaleidoscope of Culture: Korzo for the Second Time, Culture at a Railway Station, Literature in a Market

Classical music on the boulevard under the open sky, exhibition and performance at the Railway Station, literary morning in the Najlon Market – ‘Kaleidoscope of Culture’ brings new, authentic events that connect programmes and spaces, different types of art, cultural institutions, stage, local and foreign artists and citizens and it will last until 30 September. 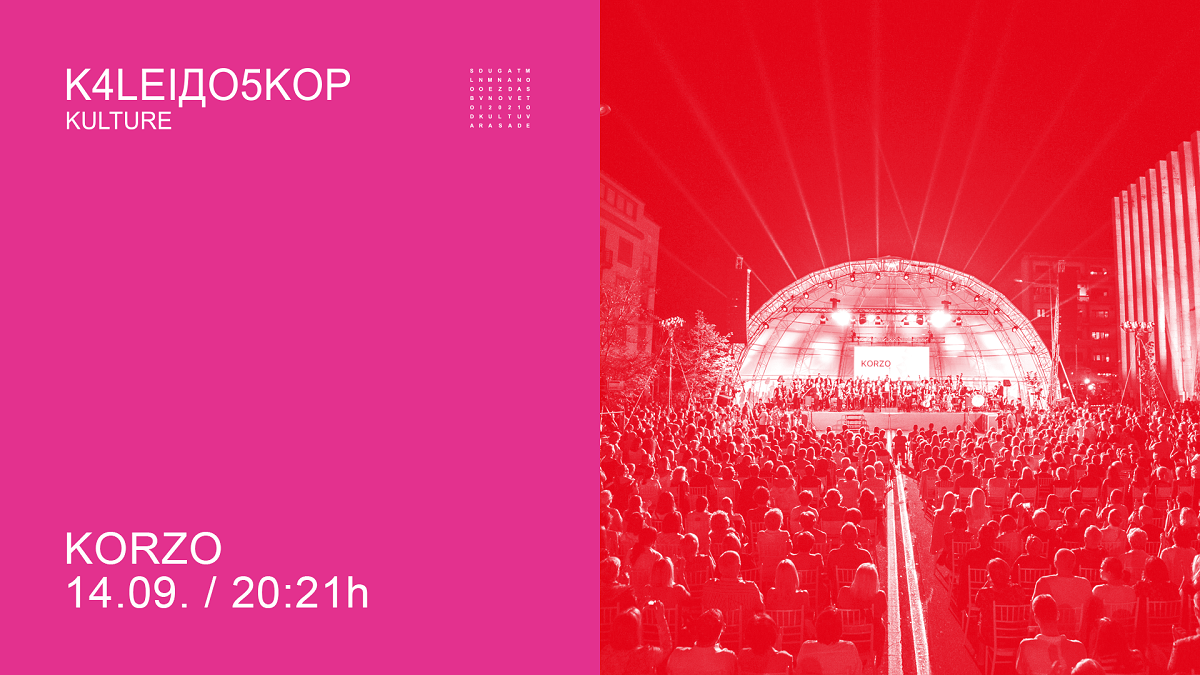 Korzo, the event that ‘takes’ classical music from indoors and makes it accessible to all, is being held for the second time and is scheduled for Saturday, 14 September, with a symbolic start at 8:21 p.m. (20:21). The road in the city centre, Mihailo Pupin Boulevard, will be closed and transformed into a kind of stage where classical music virtuosos will perform – the Vojvodina Symphony Orchestra under the baton of Mikica Jevtić, Rita Kinka, pianist, and Robert Lakatoš, violinist.

‘Novi Sad will once again, like other metropolis, transform its most important road and the oldest boulevard, a popular korzo from the mid-20th century, to elite culture. This event, which was confirmed by the high attendance last year, about 10 thousand people, shows that culture is a way of life, which is the main message of the Kaleidoscope of Culture’, said Nemanja Milenković, CEO of the ‘Novi SAD 2021 – European Capital of Culture’ at the press conference and added that in 2021, Korzo will be improved both in terms of production and programme.

This year’s Korzo will feature 11 popular compositions, including works by Tchaikovsky, Gershwin, Dvořák and others. ‘It is a special honour for me to perform in my hometown, therefore I am very pleased to be able to contribute to this spectacular event’, said Robert Lakatoš, one of the main performers at the upcoming Korzo. 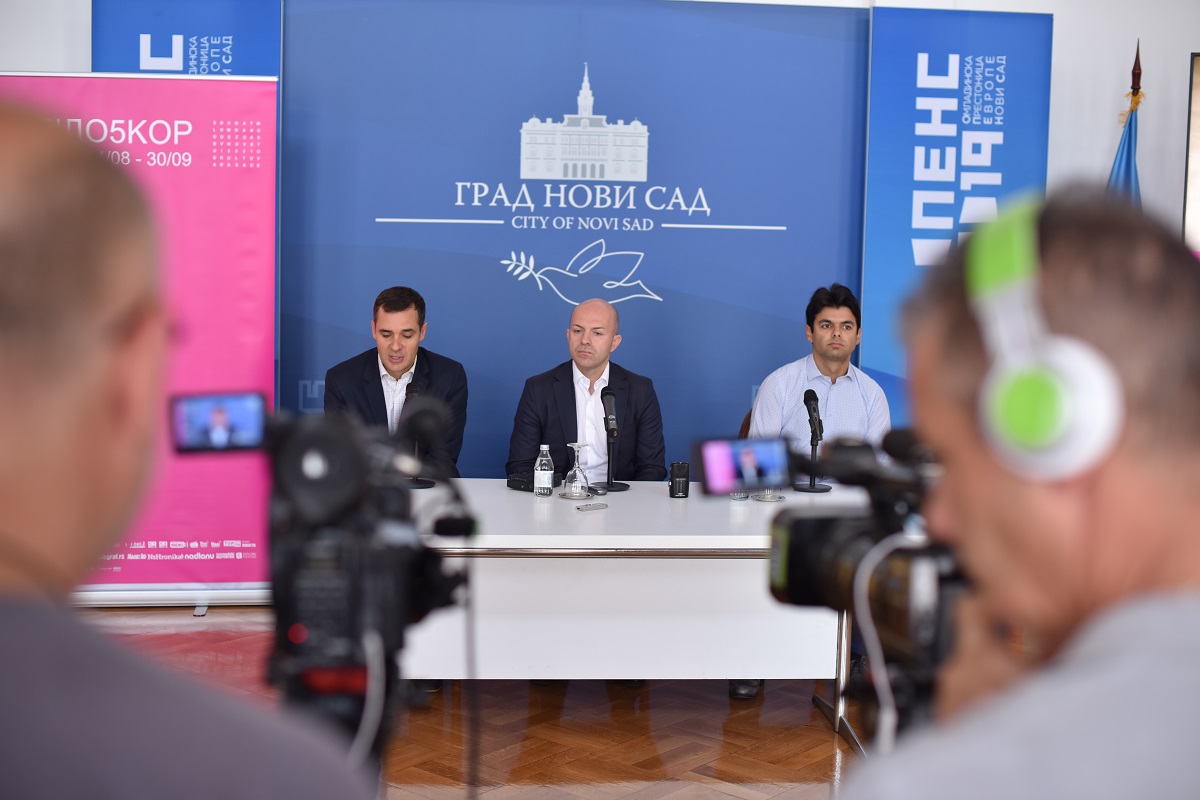 Next week, the ‘Kaleidoscope of Culture’, through applied and visual art, will present two designs – Swiss, one of the world’s leading, and Finnish, which is significant in terms of new technologies. The same day, 17 September, two exhibitions will be open: the ‘Swiss Style Now’ at 8:21 p.m. at the Railway Station Hall and the ‘Innovative Finnish Design’ at 7:30 p.m. in the Egység Cultural Station.
In addition to the Swiss design exhibition, the presentation of the ‘This Building Tells the Truth’ project by Filip Jovanowski, which deals with the problem of public spaces, will contribute to the revitalisation of the railway station as an extraordinary space for cultural content. The performance within the project is scheduled for 22 September at 12 p.m. and 8 p.m. and on 23 and 24 September at 12p.m., 5 p.m. and 8 p.m.

In addition to the railway station, literature awaits the citizens of Novi Sad at another interesting and busy location – Najlon Market. Literary Morning will be held on 28 September at 7 p.m. It will close the traditional 13th Prosefest. Literary Morning is another in a series of events that indicates that open spaces, not primarily intended for culture, can become one and change the habit of having culture ‘tucked in’ in the city centre.

‘The ‘Kaleidoscope of Culture’ programme platform is being successfully implemented, to the great satisfaction of the City Administration, and all the actors involved, many organisations, independent artists, cultural institutions. The City Administration for Culture supports all the programmes, and our aim is that more and more cultural institutions have their activities within the Kaleidoscope and other programme platforms. This is partly due to the five-year strategic plans that the institutions are adopting these days’, said Dalibor Rožić, a member of the City Council for Culture, at the press conference in the City Hall. 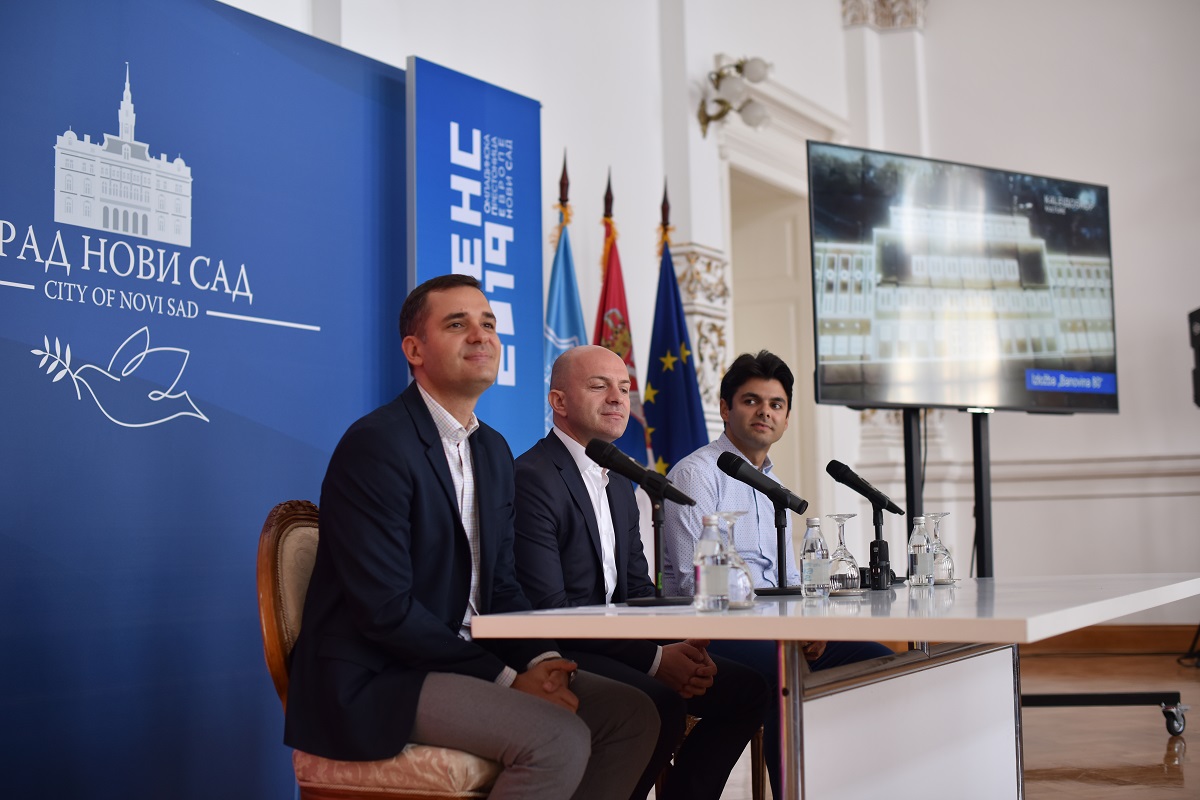 Numerous events have already taken place, through which various arts have been interwoven and presented by both local and foreign artists, within the ‘Kaleidoscope of Culture’. The Zagreb Philharmonic Orchestra with the cult films of Charlie Chaplin filled the Synagogue first, and afterwards the Unification Park. The first birthday of the Egység  Cultural Station was celebrated, as well as 30 years of the Bitef Theatre. The finale of the Youth Music Festival presented new hopes, while world-renowned Italian artist Fabrizio Grecchi introduced the citizens of Novi Sad to his work of piano covers of the famous Beatles. The Caravan Mobile Station has been bringing cultural content to various parts of the city since last week, activating local communities, and through this idea, the ‘Block Party’ has been launched twice already.

Part of the ‘Kaleidoscope of Culture’ were the Street Musicians Festival, Piano City, Festival of Chamber Music, etc.

All about the upcoming events can be found here.