John Savage: You Can Count on My Help and Support

American actor John Savage, who rose to global fame thanks to cult films such as Hair and The Deer Hunter, was given a formal reception in the City Hall today. Hosts of the legendary actor were Member of the City Council in charge for culture Dalibor Rožić and CEO of the Novi Sad 2021 foundation Nemanja Milenković.

John Savage is visiting Serbia as part of the promotion for The Return, film by Predrag Jakšić. In this film, Mr Savage plays one of the leading roles together with Lazar Rockwood, Hollywood actor of Serbian descent.

The Member of the City Council Dalibor Rožić expressed his delight by the fact that a famous Hollywood actor wanted to visit our city ‘in order to acknowledge everything we have achieved in the field of culture, and predominantly in light of winning the European Capital of Culture title’. 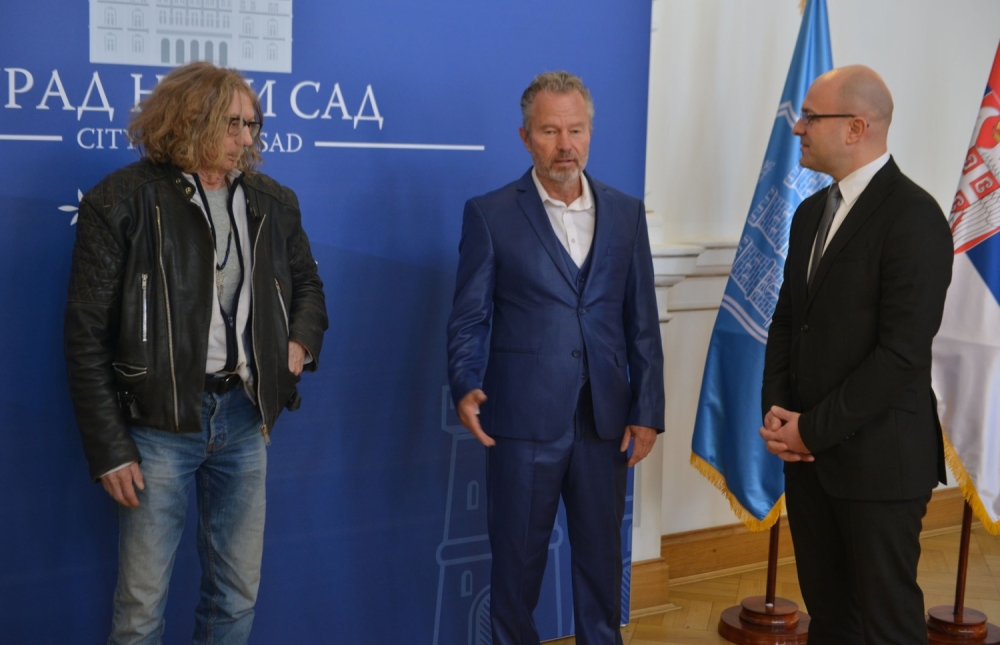 John Savage stated that he is filled with positive emotions regarding Serbia, and that he is honoured to be in Novi Sad – a city that has beautiful culture, people, and where nightlife is exceptional, by his account.

– I am pleased to share with you my experience and knowledge in order to pass them together on to young people – said Mr Savage.

According to him, exchange of knowledge, experience and information is very important, as well as constant education.

During the discussion with the CEO of the Novi Sad 2021 foundation Nemanja Milenković, he said that he was delighted to see young people with dreams and ideas, and with knowledge how to implement them. He wished best luck to the team preparing the European Capital of Culture project, and said that they can count on his help and cooperation.

John Savage became globally famous after starring in The Deer Hunter, directed by Michael Cimino, and Hair, directed by Miloš Forman. He starred in The Godfather: Part III, by Francis Ford Coppola, and in Salvador, by Oliver Stone.

Mr Savage is also known as a social activist, his engagement with Nelson Mandela in the movement against apartheid in South Africa being one of the prominent ones.