Report from the ‘Creative Economy and Development 2021’ Conference 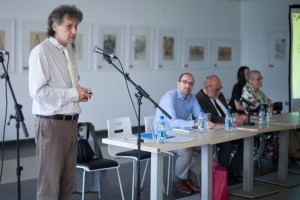 The ‘Creative Economy and Development 2021’ conference had a goal to support efforts of the City of Novi Sad to win the title of the European Capital of Culture in 2021. Drawing audience attention to the candidacy of the City of Novi Sad and bringing together the three sectors – public, economic and sector of decision makers are key results of this conference, which showed the importance of joint planning of the future and the ever increasing role of culture in that process.

Novi Sad has the base for development of creative industries sector and this should be used to overcome economic crisis – this was one of conclusions within the first topic of the conference. The example of well designed and realised projects is the City of Sibiu in Romania, which lowered the unemployment rate through cooperation between citizens and institutions. 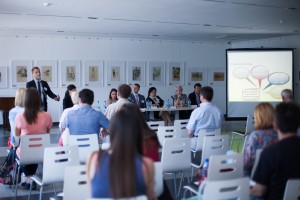 Within the topic ‘Models of Pooling and Financial Trends as Main Preconditions for Economic and Cultural Competitiveness of a City’ it was pointed out to the importance of lowering investment risks and urgency of developing instruments of state support according to the EU model. Furthermore, it was stresses that the very holders of creative ideas should be ready to take certain business risks. It is necessary to promote concept of socially responsible business, and encourage small, medium and big enterprises, and to include the entire local community into the candidacy project.

Branding the identity of Novi Sad as the future capital of culture is crucial, because brand attracts tourists, and well branded city is the one which is above all else attractive to its citizens. ‘Novi Sad has great number of landmarks’, said Peter Langer, director of the European Danube Academy in Ulm, ‘and one of them is the Danube as the most important point in Europe’. 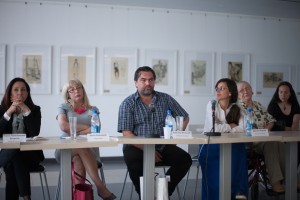 The second day of the conference gathered representatives of public institutions on European, regional and local levels, who pointed out to various potentials of the city and directions to take towards its cultural development. Public and independent institutions of culture face the problems of survival and acquiring new and diverse audience, and the candidacy of the city for the European Capital of Culture will we a platform to solve these problems in a planned way and by joint investment, and this can be done by developing cultural participation of citizens.

The title of capital of culture will help Novi San become more accessible city for all and use potentials of cultural heritage, such as earth architecture, in order to develop the city and make it visible on the cultural map of Europe.The development of creative industries and IT sectors led to great changes that must be reflected in education, too. Hubs and co-working spaces that started to be developed in Novi Sad speak in favour of this claim, and their representatives had presentations within the conference. Creative sector dislocated from the city centre has become  the central point of communication with people.

As the operative result of the conference, a Charter on creative economy and development of the City of Novi Sad in 2021 was created and it represents joint stance of stakeholders on the importance of the European Capital of Culture for the City of Novi Sad and set of recommendations for achieving long-term effects that the title of European Capital of Culture in 2021 have on cultural, economic and social life of the city.