Grand Opening of the Kaleidoscope of Culture on the RTV 1 Channel and Online Today at 8.10 p.m. 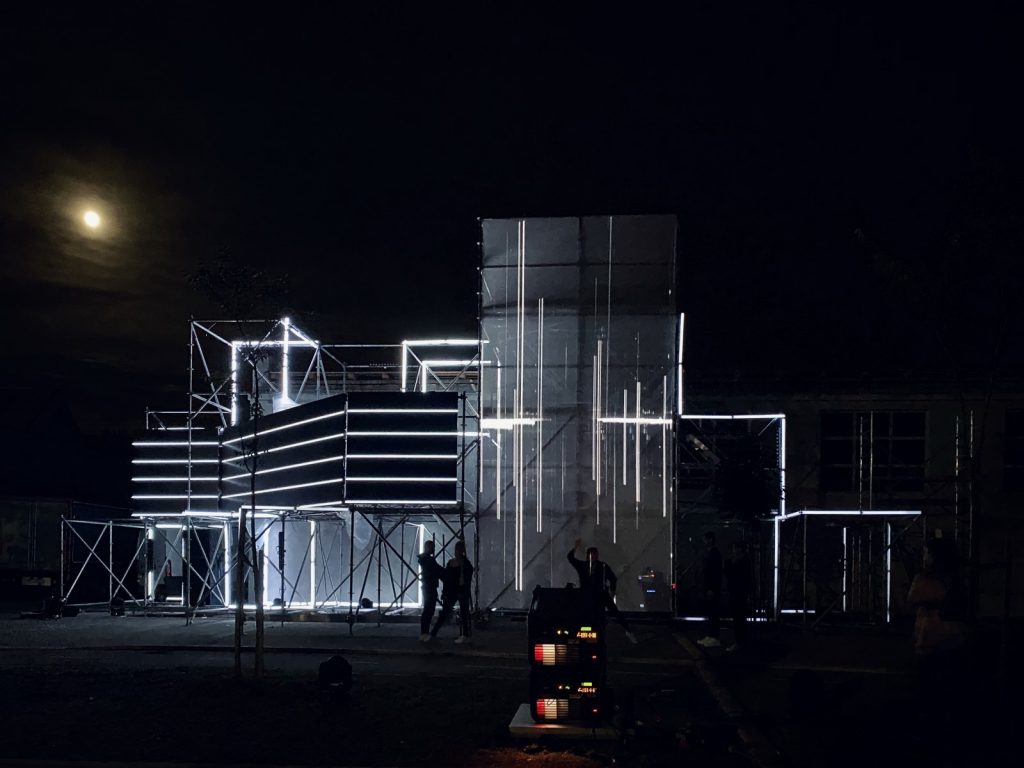 The opening ceremony represents the audio-visual spectacle which, in its dramaturgy, tells a story about an evolution of this district; from the industrial-and-crafts-production space, to the space of cultural production, through connecting different lines of scenic design, such as design of light and video, with Incredible Bob (Izvanredni Bob) as a person in charge, then scenography solutions, whose authors are scenic designers Milica Stojšić and Aleksandra Tatić, music compositions signed by Miloš Martinov and Dejan Ilić, as well as scenic movement with Staša Kukić, choreographer, Ivan Salonski, Milena Krkotić, Nikola Stamenović, Katarina Kljajić, Aleksandar Bečvardi, Dejana Bajić, Siniša Mihajlović i Teodora Vujkov, dancers, and Aleksandra Šelestova, costume designer.

Kinetic installation ‘Wirefull’ by the ‘Karkatag’ art collective, created with regard to this space, will have its premiere within the Kaleidoscope of Culture. This also represents an important element of the whole picture of the grand opening. Director of the broadcast is Predrag Marković.

The Serbian National Theatre, International Festival of Alternative and New Theatre, Bitef Theatre, Šabac Theatre, Mimart Theatre, ‘Karkatag’ artistic-production collective and ‘Obnova’ Film Fest, will all mark the four days of opening of the Kaleidoscope of Culture, presented through artistic-programme concept ‘Liman 5’, from 4 until 7 September.

The ‘Open Atelier’ exhibition, representing freelance artists from the former ‘Chinese Quarter’, will also be held during the opening days, as well as a student exhibition (students from the Department of Art and Design of the Faculty of Technical Sciences in Novi Sad).