The philosophical systems of great thinkers will be presented in a new and artistic form – on sketches and drawings by Nenad Lančuški, a philosopher and critic from Novi Sad. The aim of the exhibition is to visually present the philosophical thought of the most significant philosophers from ancient times to the present day, complemented by an interactive discussion with a wider audience. The exhibition opens on Tuesday, 28 August, in the Egység Cultural Station at 6 p.m. and will last until 1 August.

Nenad Lančuški graduated in philosophy at the Faculty of Philosophy in Novi Sad, and is engaged in writing prose, drama and theoretical texts, as well as film criticism. The idea for such an exhibition occurred during his studies, and the ‘Artists. Now!’ project has enabled the analysis to be seen by a wider audience.

‘My colleague and I used to prepare the exams by drawing schemes and sketches, in order to better explain some philosophical problems to ourselves. Later, I found in the ‘What is Philosophy?’ book by Gilles Deleuze and Félix Guattari, some similar sketches of the Descartes and Kant system. I thought that it would be good to sketch the complete history of philosophy the same way and present it as an exhibition, and this call from cultural stations and the ‘Artists. Now!’ project seemed like a good moment for something like that,’ says Nenad, hoping that the exhibition will intrigue the wider audience to engage in philosophical conversations.

‘When you say ‘philosophise’, it usually has a negative connotation in our language. The wider audience reacts just like that. Philosophical concepts are often complicated and incomprehensible to them, and at the same time they do not see the significance of all these deep reflections. But it is not the fault of the general public that it is not interested enough, but the philosophy itself that is embedded in an incomprehensible language. And then, of course, the remark: ‘Don’t philosophise to me’ became something negative because the ordinary world does not understand philosophers. What is essential for philosophy today is to move from the position of a lecturer of high-minded theories that no one needs and to return philosophy to the agora and its original medium, and that is conversation,’ Nenad concludes.

The significance of this project is to nurture philosophical culture within the city, with the aim of bringing philosophical thought closer to the general population because it is neglected today and mostly closed within academic communities:

‘As Kant said that philosophy in his time should be awakened from the ’dogmatic slumber’, today it should be awakened from its hermetic position cultivated within the academic community. If psychotherapists today deal with the treatment of emotions, then philosophy should deal with the treatment of opinions that have also become ‘sick’. By that I mean the fact that the most popular theoretical literature in bookstores is pseudo-scientific literature and conspiracy theories. How did we come to the conclusion that there are movements that want to convince us that the country is flat? Precisely because of the absence of elementary logical thought and critical consciousness’, states Lačunški. 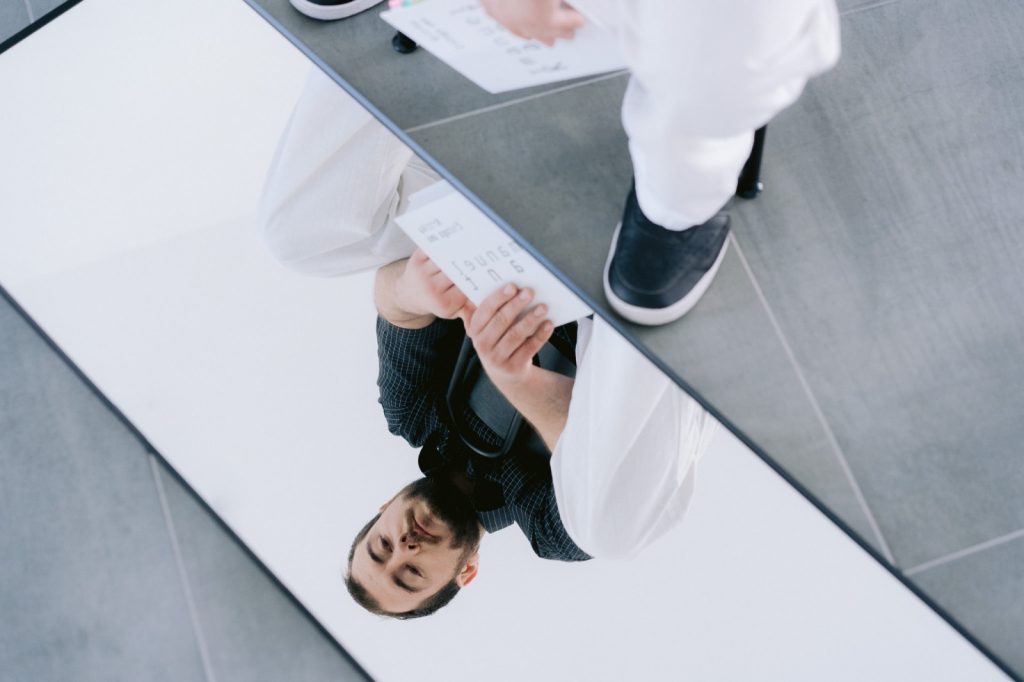 The philosophical systems of the most significant philosophers from the Hellenic period to the twentieth century – from Anaximander to Gilles Deleuze will be presented at the exhibition, but the emphasis is on conversations with the audience, the author explains.

‘This project should be a step of opening the philosophy to a wider audience. Basically, this is just an experiment, because the question is how much it will be able to attract people. The thing I do with this exhibition and my performance in it is philosophical practice, and that is what philosophy lacks. Socrates stood in the square in Athens all day and talked to people about how to define the concept of virtue. Jean-Paul Sartre sat in the ‘Café de Flore’ all day, drinking coffee, smoking and talking to people. In the same way, I will sit in Egység every day and be present and open for conversation. I will not give a lecture or a panel discussion. I will not even be an authority that transmits philosophical knowledge. I will only be someone who is ready for a philosophical conversation.’

Lančuški sees a step out of the hermetic nature of the academic community in which philosophy is deeply immersed as the expected results of the project.

‘Apart from being present in high school education, philosophy lives exclusively in closed academic circles, i.e., faculties and institutes that deal with this type of theory. I’m not sure how much it really exists in cultural life since only students and other fellow philosophers go to conferences and philosophical gatherings. In this way, a circle of the same people is created who teach each other already recycled theories or read each other in anthologies. Philosophy should move from this hermetism’ says Nenad and adds that philosophical discussions can get their regular space in the cultural life of Novi Sad.

‘Today, the term culture often means only art, but culture is a much broader term that includes the way of life of a community and its thinking and beliefs about the world in which it lives. Culture is also when you go to someone’s house not to go empty-handed, culture is also the way you treat the clothes you wear, culture is, among other things, a way of expression’, concludes the author.

This ‘Skica istorije filozofije’ exhibition is one of 22 projects that received funding in the ‘Artists. Now!’ public call of the ‘Novi Sad 2021 – European Capital of Culture’ Foundation that aims to strengthen the Novi Sad cultural scene through a network of cultural stations, raising its capacities, decentralisation of culture and audience development.