The End of the Fortress of Peace: Novi Sad Proved that It Is the European Capital of Culture

Crowded cultural institutions and cultural stations, famous names in the world of art, actors and musicians from the former Yugoslavia, four festivals, the monument of peace – during last month, more than 8000 citizens of Novi Sad visited specific programmes and events that promote peace within the ‘Fortress of Peace’. The fourth programme platform of the ‘Novi Sad 2021 – European Capital of Culture’ Foundation, proved that Novi Sad is the city that promotes peace, through art and culture, in accordance with the preparation for 2021 – the year of the European Capital of Culture title. 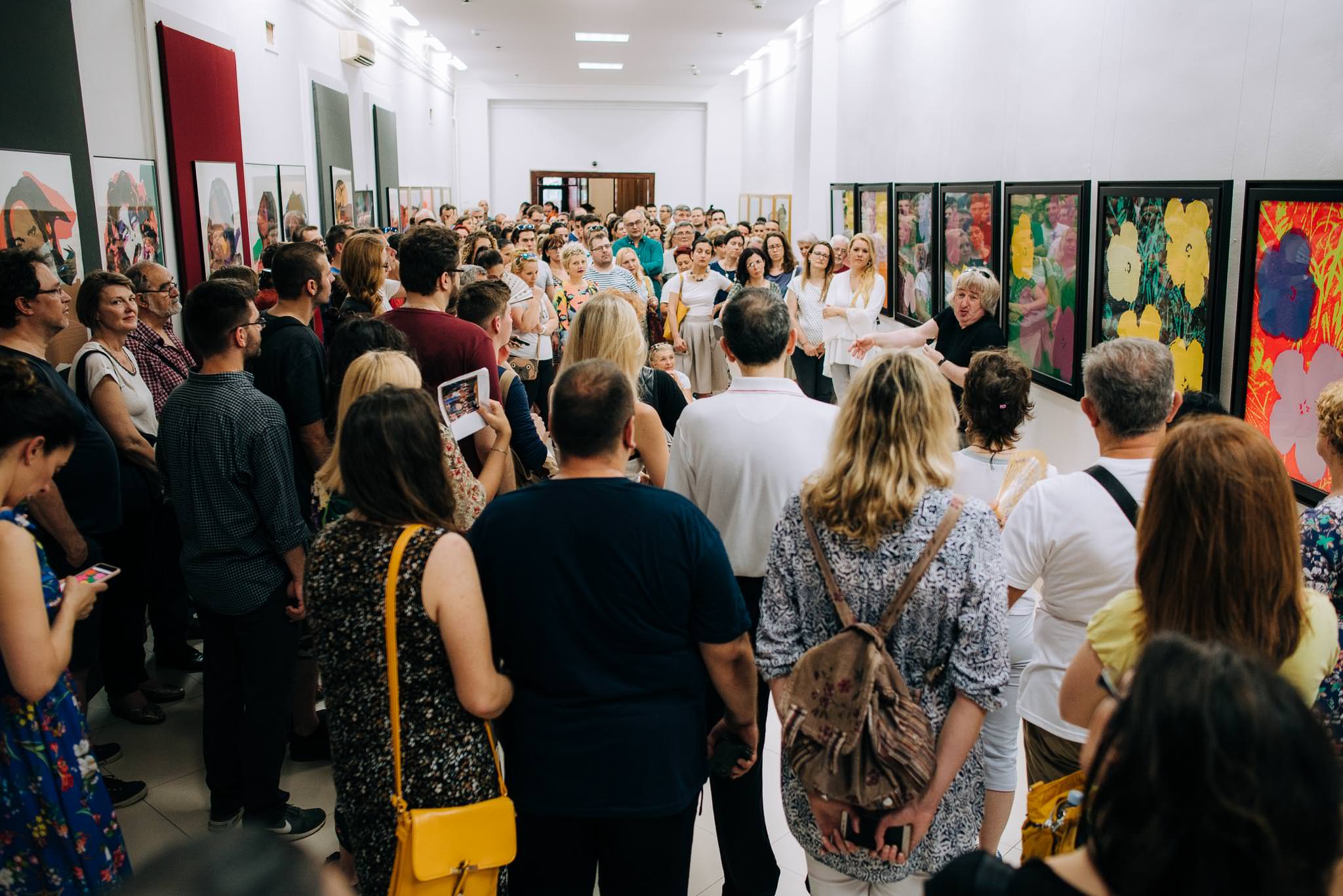 The exhibition of Lautrec’s works marked the closing event of the ‘Fortress of Peace’. During the opening of the exhibition, several hundred of citizens of Novi Sad gathered on 3 July in the Svilara Cultural Station. In addition to works of controversial French artist, visitors will have a chance to attend numerous accompanying events that will bring the spirit of France to Novi Sad until 20 July. During the first five days, more than 1000 citizens of Novi Sad visited the cultural station in the Almaš Neighbourhood, and we are expecting more people who are interested in Lautrec’s art, having in mind two more professional tours scheduled for 13 and 20 July from 20:21 (8:21 p.m.), as well as diverse content such as concerts, lectures and children workshops. 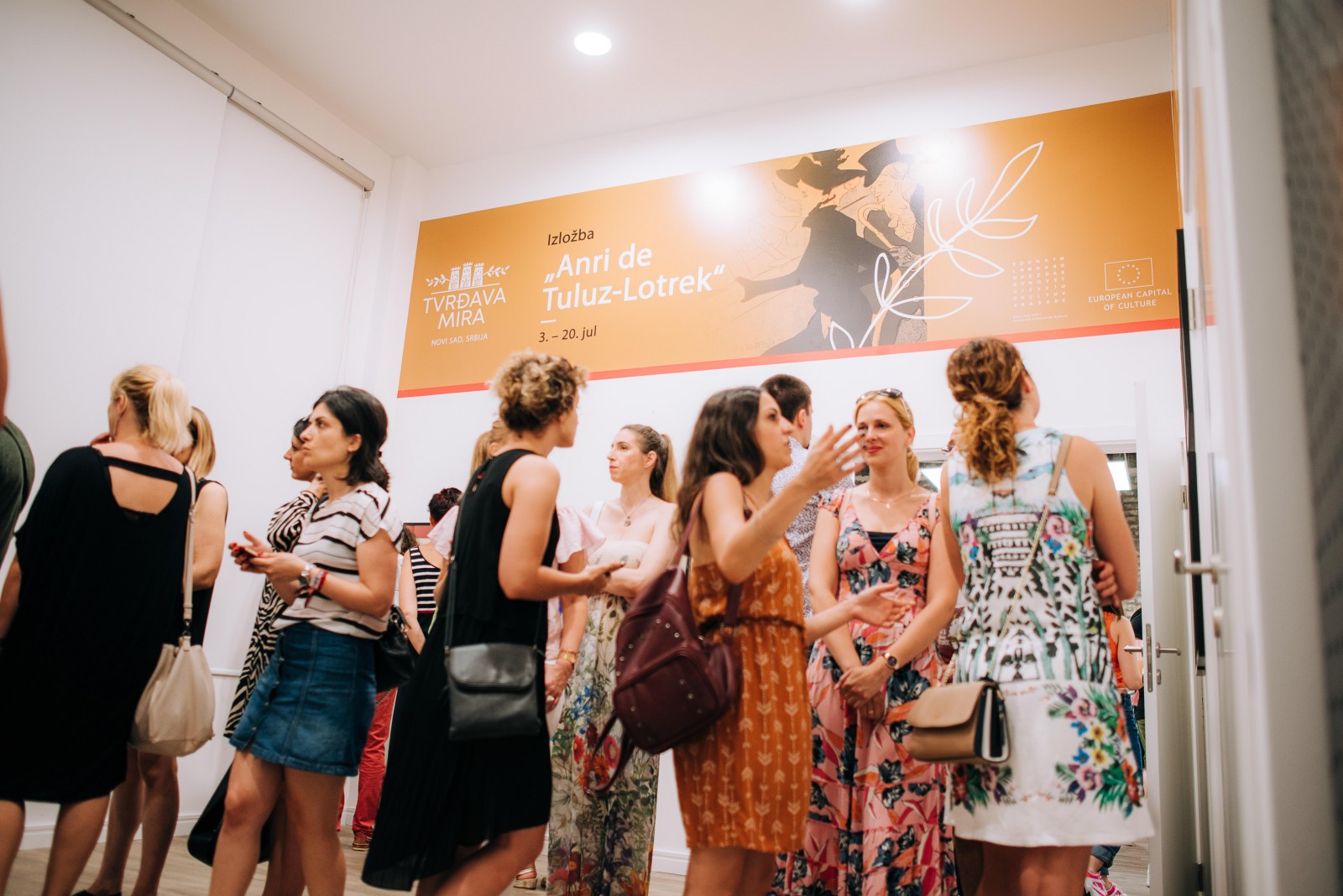 A unique professional guidance by Uroš Đurić, authentic curator and multimedia artist, was organised within the ‘Andy Warhol’ exhibition on 21 July. The exhibition lasted from 5 until 24 June. Due to great interest for the exhibition, we decided to repeat professional guidance twice on 24 June. During the guidance, Mr Đurić presented the life of Andy Warhol in an illustrative way, with numerous details and less familiar facts, focusing on breaking down the prejudice about elite culture and connection between avant-garde and commercial, which Warhold was led by.

Four festivals part of the ‘Fortress of Peace’

The ‘Fortress of Peace’ platform was launched on 7 June, and concerts within the ‘NEO’, non-classical festival of classical music, marked its beginning, thus the hall of the Sinagogue was fully crowded during the ‘Sevdah’ concert, and citizens of Novi Sad confirmed once again that they are fans of sevdalinka melodies.

Kaliomene, extraordinary ensemble that performs the oldest Christian European music, attracted great interest as well, and their performance in the Name of Mary Church made a strong impression on a large number of visitors.

Another event that caught audience attention was ‘The Soldier’s Tale’, music performance in Studio M, performed by Zijah Sokolović, musician from the region, which connected music and acting in an interesting way and presented the consequences of war left with a soldier after returning home.

‘My Shakespeare’ theatre play by Nikita Milivojević performed within the ‘Shakespeare Festival’, which analyses why Shakespeare is still one of the most popular playwrights, gathered prominent artists from the region. Prominent actors such as Milena Zupančić, Svetlana Bojković, Voja Brajović, Svetozar Cvetković, Zijah Sokolović, Miodrag Krivokapić, Ozren Grabarić, Igor Đorđević, Jelena Đulvezan and others, presented their version of Shakespeare. They gave us a sense why Shakespeare is timeless inspiration for directors and challenge, not only for actors, but for the audience as well.

The ‘Human Shame’ theatre play was performed at the INFANT (International Festival of Alternative and New Theatre), in cooperation between the two European Capitals of Culture, Novi Sad and Matera. The artists who are part of the #reteteatro41, performed in the play that explores the topic of individual and collective shame. The performance connects dance and acting, and is mostly inspired by the stories of prisoners, who face the shame in many different ways. The questions of shame that an individual feels from different reasons (appearance, family, origin, failure, diversity) have been raised.

The seventh art contributed to spreading the message of peace and futility of war and conflicts. The fifth ‘2114 Film Fest’ of Novo Kulturno Naselje presented the latest achievements from the whole region, with the topic of warfare during 90s, which led to numerous consequences and traumas that can be felt today.

Exhibitions as memento to preserve peace

In addition to famous names of former Yugoslavia, citizens of Novi Sad had a chance to remind themselves what everyday life in the former country looked like within the ‘Life of Ordinary People in Kingdom and Socialist Yugoslavia’.  The ‘Yugoslavia in Short’ presented more than a thousand items, which is one third of the collection by Zoran Janković, which presents industrial progress and development of design.

‘On the Sidelines of History’, multimedia project, which includes media, poetry, photographs and videos, discussed the topic of migrations and war consequences in Syria, as well as describing a situation after NATO bombing of Serbia. Mohamad Kebbewar – poet from Syria, Mary MacDonald – multimedia artist from London and Nataša Boškić – a citizen of Novi Sad who works as a director of the support group for the use of educational technology at the Department of Curriculum and Pedagogy at the University of British Columbia in Vancouver, worked together in the project.

The monument of peace – new cultural heritage of Novi Sad 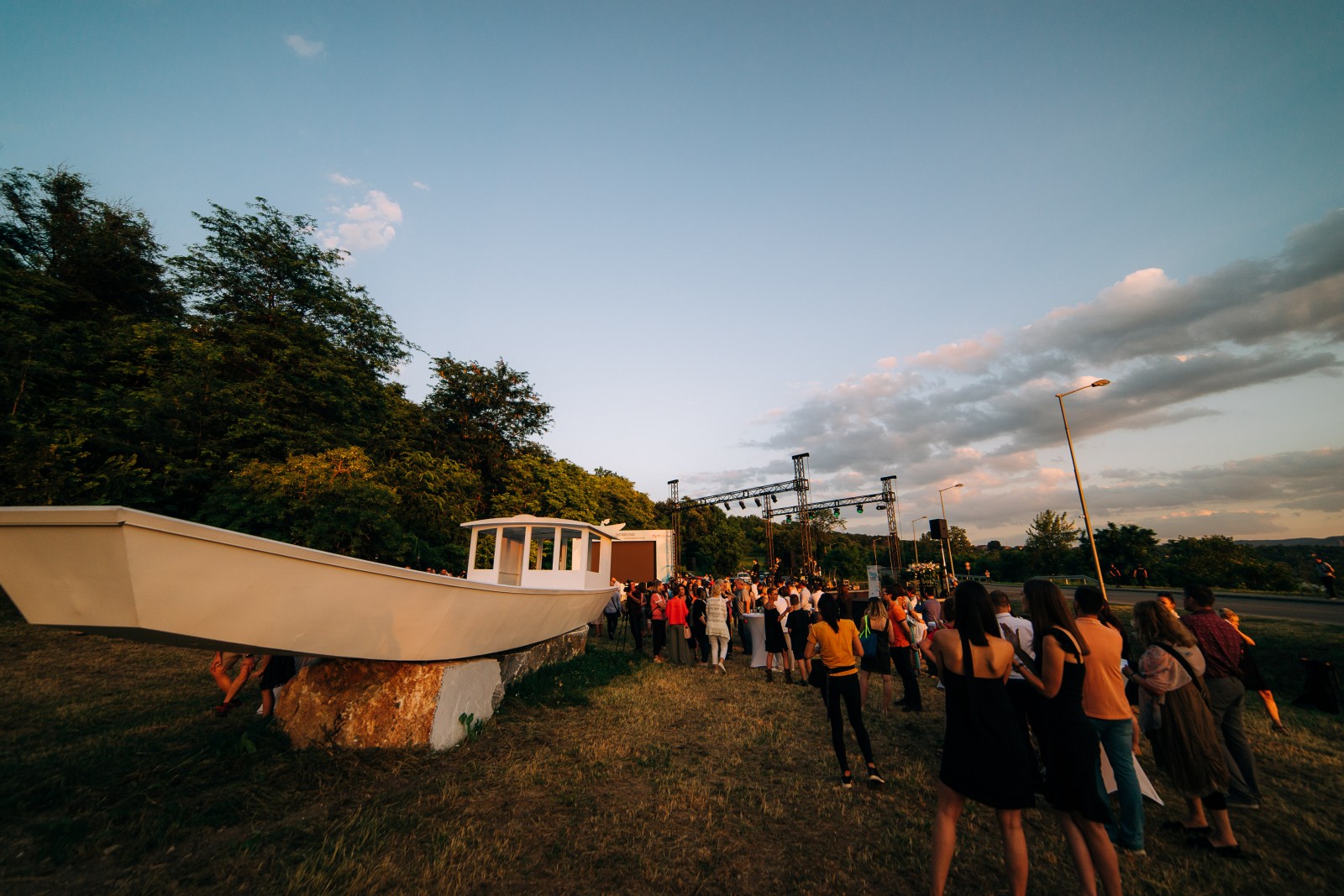 The key event within the ‘Fortress of Peace’ was the unveiling of the ‘One Day…’ monument of peace, which is the new symbol and cultural heritage of Novi Sad. The monument was created by multimedia artist Yoko Ono, and project was implemented in cooperation between the EXIT Foundation and NIS company. The monument will contribute to the promotion of the city as the centre of European culture, and a must see tourist destination.