More than ten hours of the online music, visual and performing arts programme taking place in 14 Novi Sad spaces for culture, including the first City Concert Hall, Fabrika, Skladište, Biro and Čeličana in Great Liman, Novi Sad Theatre and the network of cultural stations, and almost 100 artists, will be presented to the audience on 13 January, within the Novi Sad – European Capital of Culture programme arch – Doček 7529. 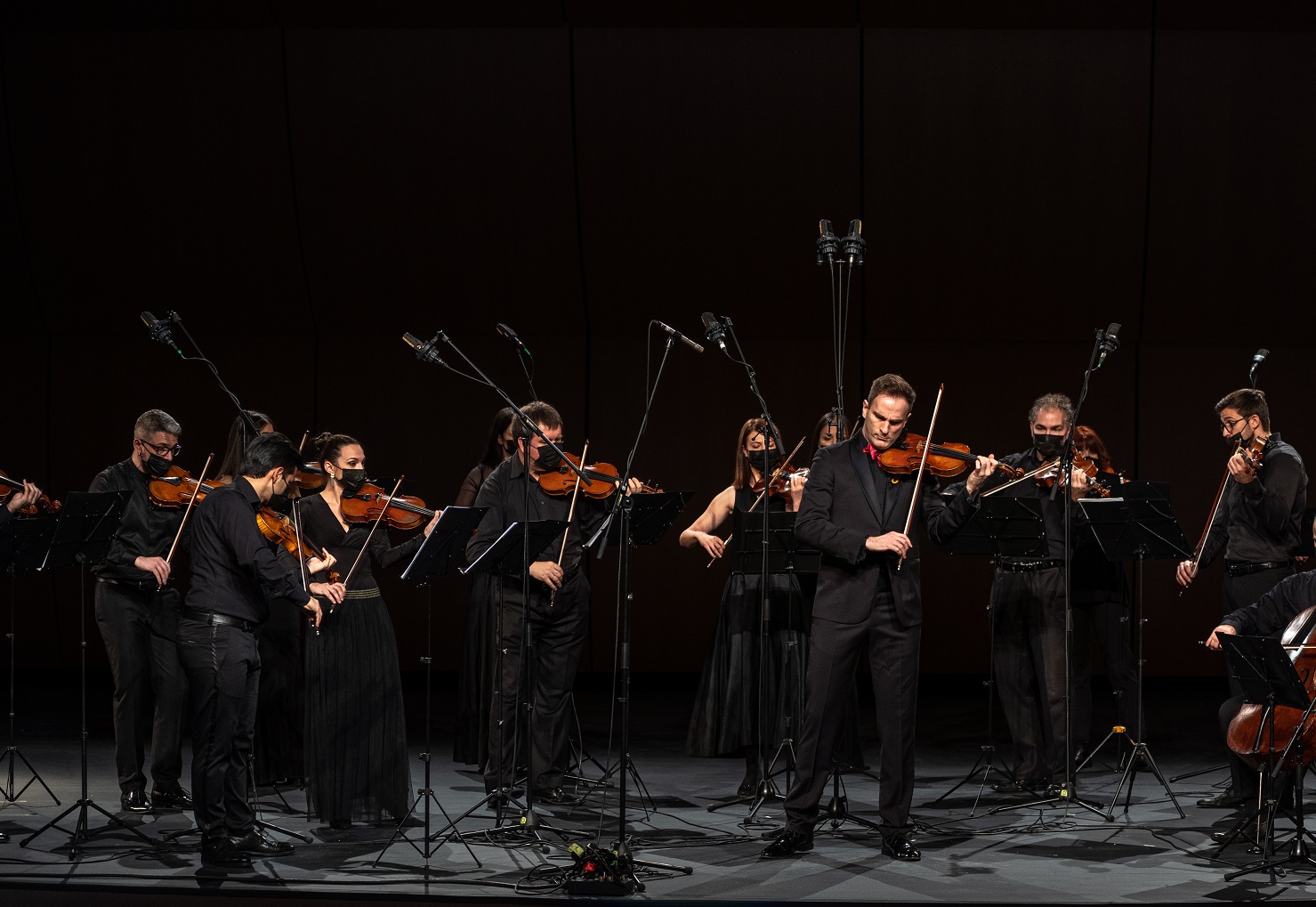 The programme will be available on visitns.rs platform as well as certain television channels, representing numerous performers: from Stefan Milenković and the chamber orchestra Camerata Academica, the rock icons – Električni Orgazam, the new indie heroes – the ‘Buč Kesidi’ band, all the way to the authentic performers of the Novi Sad artistic scene, such as Vitkay-Kucsera Ágota, Lana Zorjan and many others.

The authentic two ‘Winters’, by Piazzolla and Vivaldi, Sinding’s ‘Suite’ in baroque style, which is rarely heard and performed, ‘Bohemian Rhapsody’ by the cult band Queen, Gershwin’s ‘Three Preludes’, a segment of the ballet ‘The Nutcracker’ – ‘Pas de Deux’, as well as ‘Polonaise’ by Henryk Wieniawski, performed by the brilliant Stefan Milenković and Camerata Academica, are the pieces that will be broadcast from the first Novi Sad City Concert Hall, thus marking the beginning of its work.

Vasil Hadžimanov will join Milenković in performing two pieces, with the songs ‘Preko Brda, Preko Brega’ and ‘The Christmas Song.’ The audience will have a chance to watch this concert on the visitns.rs platform, as well as on the Second Programme of Radio Television of Serbia, starting at 8 p.m. 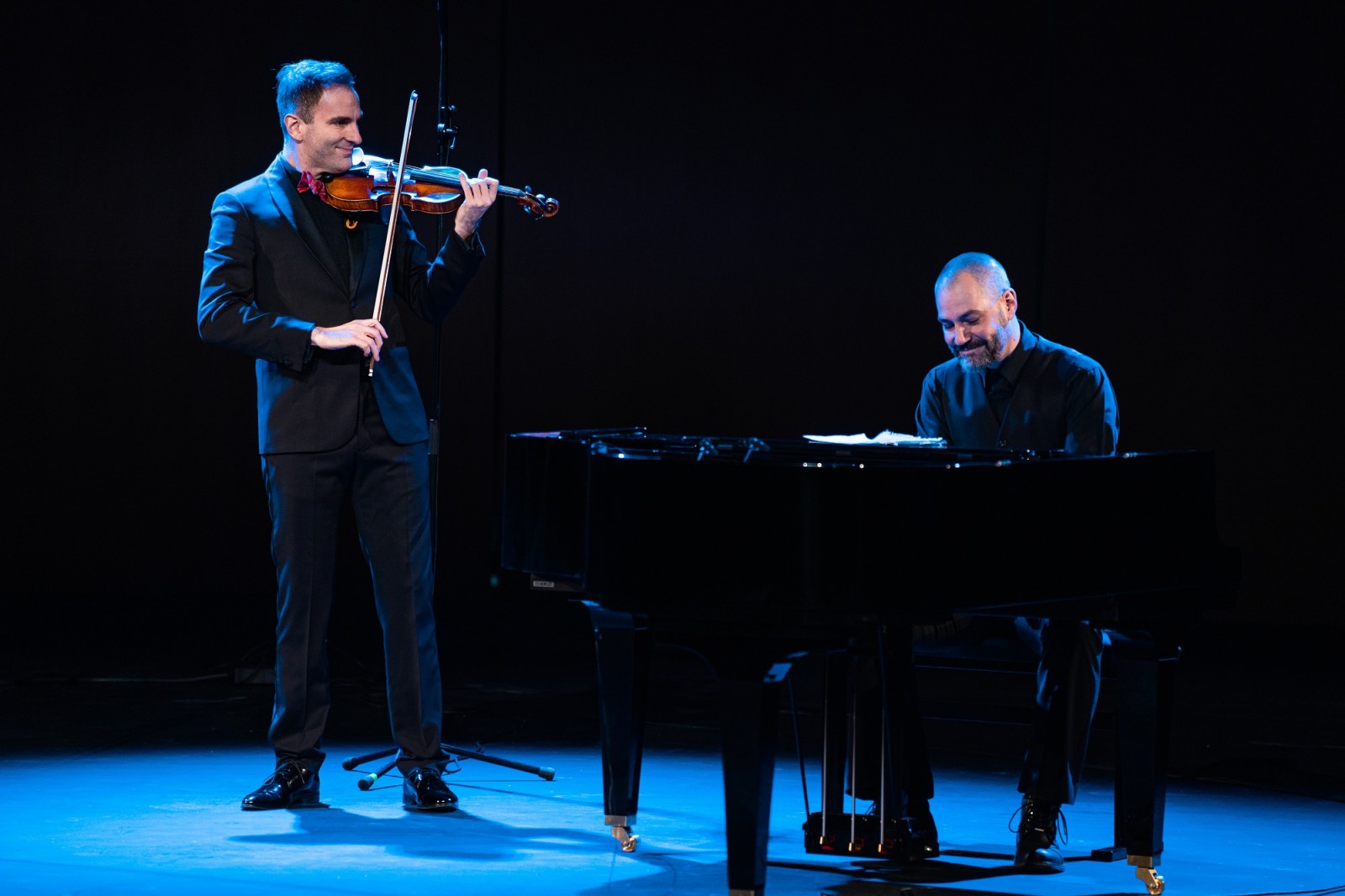 ‘When I started thinking about the repertoire, I had in mind that it’s the New Year’s Eve and that the programme should be both festive and entertaining. I asked myself, what would attract my attention if I was at home, listening to a concert? At the same time, I had to take into consideration the concept of old and new – the new City Concert Hall, in a city full of cultural history. That’s how this eclectic programme came to be. Two arrangements were made especially for this occasion, so I believe connecting Camerata and Vasil was an incredible move,’ says the violinist Stefan Milenković.

Vasil Hadžimanov said he was more than happy when Stefan Milenković invited him to perform in the New Year’s concert. He also added that he hopes the audience will like the performance of ‘The Christmas Song’ and ‘Preko Brda, Preko Brega.’

‘Stefan thought I would be a good addition to this whole story, and I thank him for that. Considering the fact that it’s the New Year and that the mood is festive, I think these two songs are a great choice. One song is ours, while the other one is foreign, but both of them are classics. We also made some nice and different arrangements for this occasion,’ adds Hadžimanov.

The programme of Doček 7529 will start at 3:30 p.m. with the ‘Snow White’ opera for children by the ‘Visoko C’ Association of Artists, while as soon as 4 p.m. the audience will have an opportunity to listen to the ‘Chamber’ ensemble. The concert of the choir ‘Sveti Stefan Dečanski’ and the string orchestra ‘Orfelin’ along with the soloist Radoslava Vorgić Žuržovan, will begin at 4:40 p.m. Right after that, the audience will enjoy the concert ‘In Honour of Beethoven’, performed by the soprano Vitkay-Kucsera Ágota and the pianist Jelena Simonović Kovačević.

Lana Zorjan, a young violinist, will present herself to the audience at 6.55 p.m. The concert by Stefan Milenković, the ‘Camerata Academica’ orchestra and Vasil Hadžimanov will start at 8 p.m. Fans of jazz can follow the repertoire of the band ‘Džezva & Džezvica’, starting at 9.10 p.m., while the rapper Surreal will perform at 10.20 p.m.

Električni Orgazam will perform at 11.10 p.m., while Buč Kesidi will take us into the New Year by the Julian calendar. Marko Veselinović, aka Kick Kong, will play music one hour after the midnight. The Novi Sad choreographer Staša Kukić will add to Doček 7529. She will perform with Ivan Salonski, a ballet dancer. Those who’ll watch Novosadska Televizija (en. Novi Sad Television) will also have a chance to enjoy part of Doček on 13 January, starting at 3:30 p.m.

During the course of one night, Novi Sad will host significant names of various music genres and famous local artists, thus; the classical music, the spiritual music, rock, jazz, rap and hip hop will add to the celebration of the city’s fourth Doček, justifying the epithet of a unique concept that Novi Sad is known for.

You can find the detailed information about the programme and timetable on the visitns.rs platform.