Digitisation of Cultural Heritage – Public Promotion of the Stablo Project

On Friday, 24 July, at 7 p.m., a public promotion of the ‘Digitisation of Cultural Heritage (Stablo)’ project and a conversation with associates and researchers on this project will be held. The audience will be able to attend a discussion about this project via an online stream on the Alternative NoviSad page dedicated to the alternative and underground scene of Novi Sad. 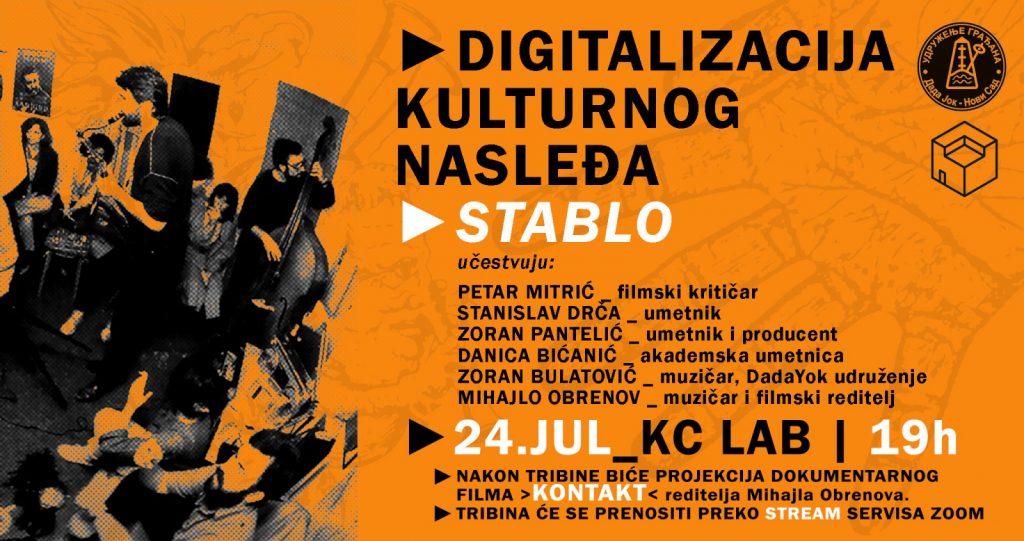 The interlocutors will join the online conversation partly from KC Lab, and partly from other locations, in accordance with the prescribed measures regarding the current epidemiological situation. Participants:

After the conversation, starting at 8:30p.m., a screening of a film about the Novi Sad alternative and underground music scene will be held at the KC Lab. The film ‘Contact’ refers to the period from 1989 to 2017 and includes 140 interlocutors who speak on behalf of more than 500 Novi Sad bands. The director of the film is Mihajlo Obrenov.

‘Digitisation of Cultural Heritage (Stablo)’ is a project within which the historical genesis of alternative artistic practices is systematically developed and which contributes to the identity of the City on an equal level with official culture, which is the main goal of the project.

The basic idea of the STABLO project is aimed at comprehensive valorisation and promotion of alternative culture and it will be presented online as a free database. The project is financed by the ‘Novi Sad 2021 – European Capital of Culture’ Foundation.