Dead Capital: Workshop and Screening of a Documentary About the Village of Draginje

Implementation of the ‘Dead Capital’ project by Ivana Janošev, which includes a screening of a short documentary film and a workshop dedicated to the creation of the same, will take place in the Egység Cultural Station on 15 October at 7 p.m.

The film shows the village of Draginje, which belongs to the Mačva district, where Roma guest workers built magnificent houses, but no one lives in them. 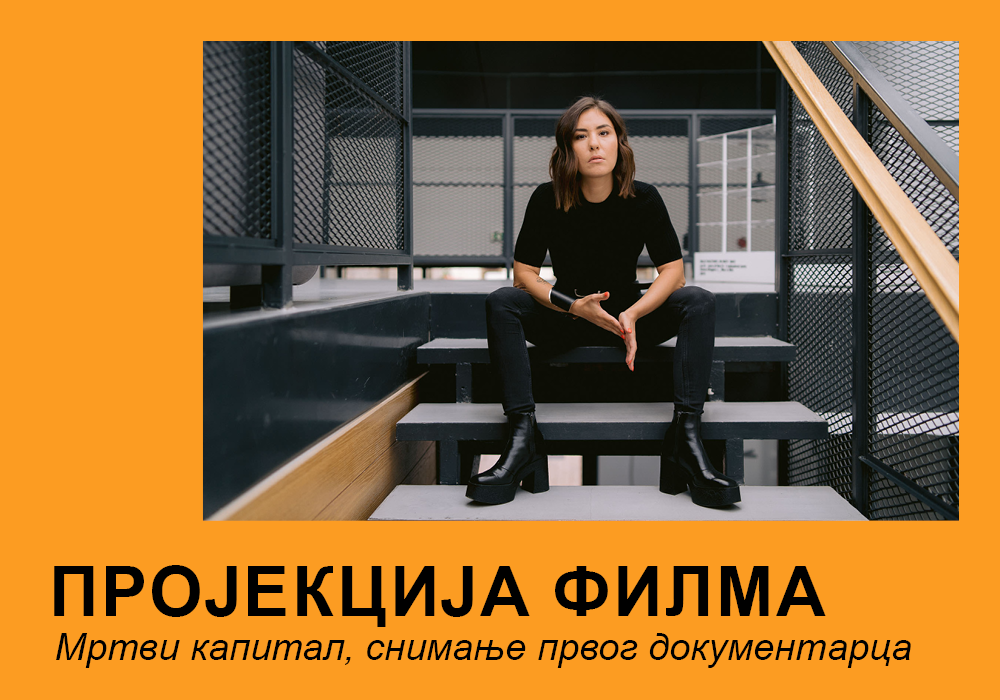 ‘The cameraman and I went to Draginje spontaneously, spent the whole day there and then returned to Novi Sad. The next day I would review the material and conclude each time that I didn’t have enough of it. The thing was that I wished to enter those magnificent houses, and there was simply no living soul in the village to let me in. The whole process lasted two, three months until we finally found Dragan Jovanović, who became the main character of the film, a guide through the village and its history. I was lucky that Dragan was a wonderful, exciting and honest interlocutor. He unlocked the whole film for me,’ this is how director Ivana Janošev describes the work on the film.

Her idea was actually to film those houses from the inside and thus show the absurdity of investing so much money in something that is not used, however, as she says, she had to give it up, because they did not meet any homeowner, and as the film is a student film, there were deadlines for completion.

Despite that, Ivana managed to present what she wished on the example of the village of Draginje, and that is a universal story about the unstoppable need ‘to have more’.

‘As time goes on, it seems to me more that the topic I was dealing with at that moment is terribly important nowadays. I would agree with the idea that this is the biggest pain of the modern world, it seems that everything a person does lately is done from that motive for something bigger, better, more expensive. I would not connect it with our mentality, although we have a tendency to attribute all the negative characteristics of humanity to our mentality. In the montage, I realised that one passage showing all their houses looks like it is from a rap video, and then I realised that it is a universal human characteristic, which can possibly be closer to those who did not have, and now have ‘succeeded’ and ‘they have’, says Ivana.

In addition to the screening of the film, Ivana’s project also includes a documentary film workshop, where anyone can apply even without prior knowledge.

‘I do not like the exclusivity and exclusion of those who have not graduated from the academy. There is an opinion that only we who graduated from that faculty can deal with it, I think that is incorrect. The idea of the workshop is to discuss all the pains and obstacles during the creation of the first documentary, and my first documentary is a cue for that and we will analyze all its problems. We will talk about finding a story that is potent for the film, what are the real possibilities for that story to be shot, and my colleague, producer Ana Renovica, will give us an insight into what the producer expects from the project he will stand behind,’ says Ivana.

All interested can apply to the e-mail address: ivana@888films.com.

The organisers ask all visitors to adhere to all measures in order to preserve their health and for better enjoyment of cultural content. Visitors are required to wear protective masks at all events.

The ‘Dead Capital’ is one of 42 projects that received funds in the Public Call to Novi Sad artists within the ‘Artists. Now!’ project aimed at strengthening cultural scene through a network of cultural stations, raising its capacities, decentralisation of culture and audience development.