Industrial heritage of the former Petar Drapšin factory, the so-called Chinese Quarter, is preserved, but it is necessary to invest in the infrastructure in accordance with the adopted Plan of Detailed Regulation. Today, Cultural Forum of the city of Novi Sad gave its support to the implementation of the Youth Creative Polis in this space.

Dalibor Rožić, member of the City Council in charge of culture, who presided the Forum, stressed that the implementation of the Youth Creative Polis project will raise infrastructure capacities for culture development in Novi Sad, and it will also carry other positive effects. 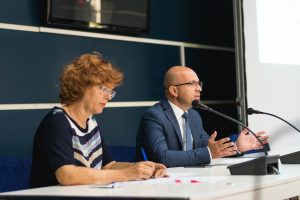 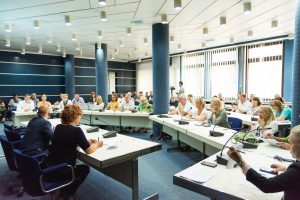 The idea to create Youth Creative Polis, as a culture-creative zone of our city, according to Nemanja Milenković, CEO of the ‘Novi Sad – European Capital of Culture’ Foundation, represents the principles of the Foundation – participation, transparency and democracy. 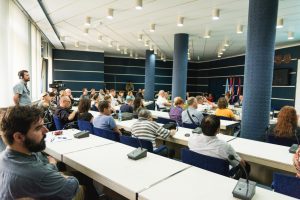 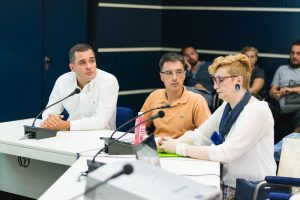 – It is crucial that all of together embody the so-called Chinese Quarter and so-called spirit of the Chinese Quarter, to give it the third dimension and form. This is why we initiated research and series of public debates in order to jointly reach the best solution of the future appearance and function of the Youth Creative Polis project – said Mr Milenković.

The ‘Novi Sad 2021’ Foundation, added Mr Milenković, does not claim that the idea of the transformation of this space into creative and cultural district is the best solution, but expert analyses on the state of the objects in the so-called Chinese Quarter and survey of citizens have shown that the current appearance and content of this space is not sustainable.

The Forum initiated the dialogue where different opinions could be heard: from the stance that the creation of new creative and cultural quarters is confirmation that Novi Sad has always been a city of culture and creativity, to the stance that the so-called Chinese Quarter is predominantly alternative space and that its authenticity should be kept with craftsmen that work in it.

The next Forum, which is planned for 30 August, should conclude the discussion and make a concrete proposal on the content that should be in the future Youth Creative Polis.