New spaces for culture in Novi Sad – cultural stations have a new website as well: kulturnestanice.rs which includes all the information about numerous artistic and cultural programmes across the city, providing both stakeholders of the cultural scene and audience with better insight into capacities of these creative and authentic spaces.

For now, the new website encompasses a network comprised of eight cultural stations which, despite the pandemic, set new standards when it comes to producing events and audience development, thus raising capacities of the local scene. 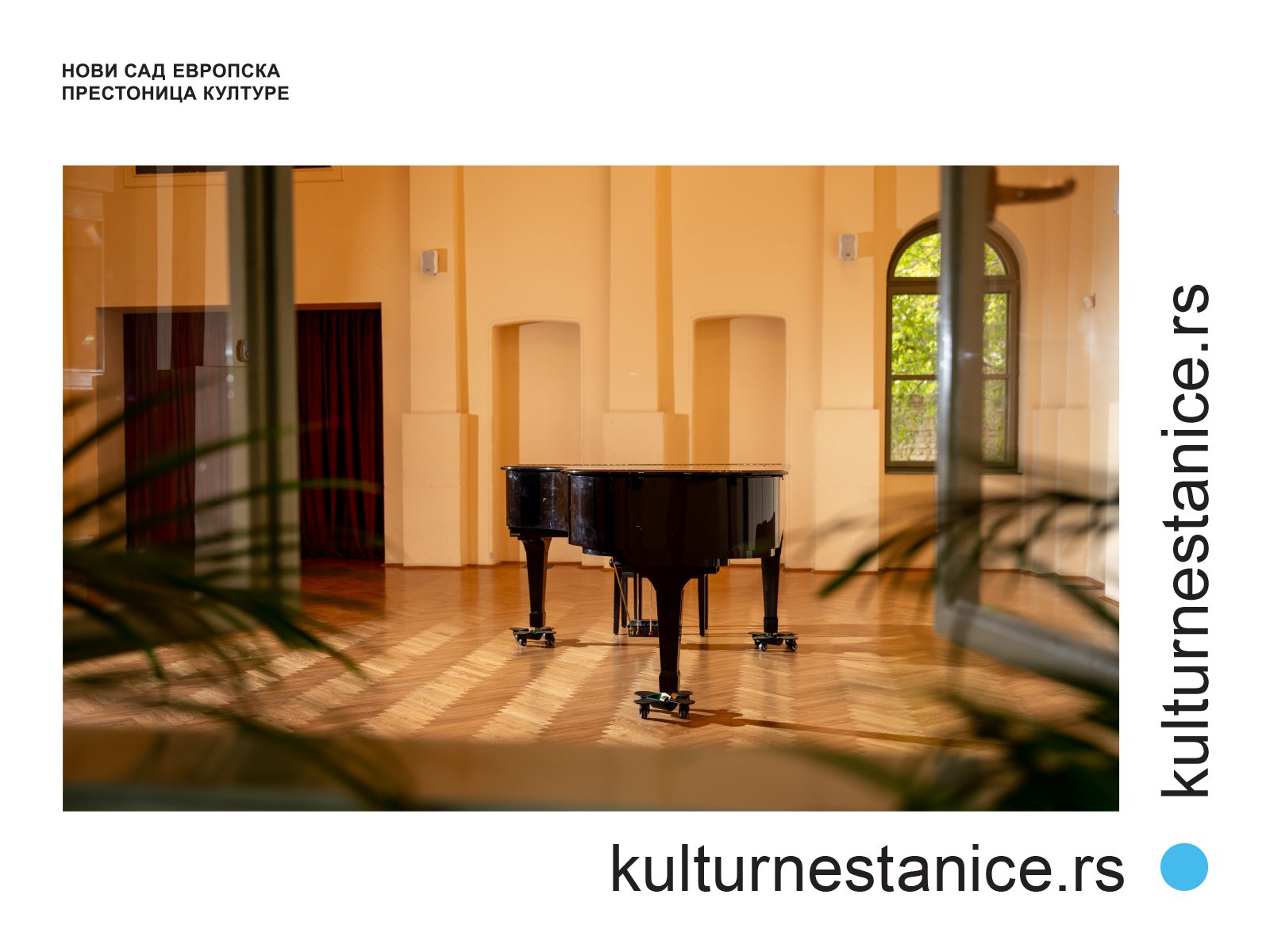 ‘This is another process which might seem easy, but it is actually a very important part when it comes to network of cultural stations, which we presented in June this year. It represents a unique model of culture in this part of Europe, and not just because of the promotion of these spaces. It is very important since we have a clear view of a network which serves as a bridge between citizens, artists, organisations and cultural institutions. This way, a better approach and insight into possibilities suitable for implementation of their content is enabled to stakeholders of the local cultural scene, but also to organisations and artists outside Novi Sad. The end users, i.e. the audience, can also inform on events taking place in different parts of our city and outside of it, which is, again, a new segment of decentralisation of culture. Thus, the processes which create new legacies become visible,’ said Nemanja Milenković, CEO of the ‘Novi Sad – European Capital of Culture’.

The new website offers an opportunity to everyone to participate in creating cultural scene of the city and be an active part of it. Anyone can do it by filling in the simple programme implementation contact form, which will then get to the cultural stations teams, who will offer time slots for implementation of the event based on capacity, quality and content itself.

During the first two years of their existence, the cultural stations implemented more than 3000 events, with around 200 visitors and 3000 artists, while the cooperation was established with almost 700 organisations and cultural institutions. In the short period from June to August, programmes of the ‘Artists. Now!’ project, implemented as a support to the local scene and within the cultural stations network, where around 300 Novi Sad artists introduced themselves, reached 170 thousand people on social media. Almost 70 percent of events of this year’s Kaleidoscope of Culture were held in various cultural stations across the city.

The cultural stations network came to be as part of the ‘Novi Sad – European Capital of Culture’ project, which has been making new audiences and a new image of the cultural scene of the city by creating new habits. With an idea to revitalize old, abandoned and unsafe spaces in the city and give them new purposes while fostering the rich cultural heritage, Svilara was reconstructed after almost 200 years and continued with production, producing cultural content this time. Meanwhile, after one century, Egység became a new place for cultural stories. At the site of the Great Liman, which is also being renovated after 100 years, now resides the Opens Cultural Station, centre of youth creativity. The Mlin Cultural Station, besides fostering heritage of the working area in Novi Sad, is also at the service of the youngest ones and their wishes. On the outskirts of the city, the Barka Cultural Station is a new centre of cultural events in Klisa, while outside Novi Sad the Bukovac Cultural Station became an ideal place to escape the hustle and bustle of the city. The Rumenka Cultural Station improves the work done so far of the cultural centre of the same name, by connecting tradition and modern creation. Caravan, a unique cultural station on wheels, is an attraction which brings cultural content to all parts of the city.

Furthermore, people working in cultural stations remind that it is necessary to adhere to all measures in order to maintain health and enjoy cultural events. Visitors are obliged to wear face masks during all events. Maximum number of people allowed indoors is being controlled. The organiser has the right to change the way of hosting the event if epidemiological measures change.