Culture outside the city centre, culture available to everybody, new content, involvement of citizens – the idea initiated by Novi Sad as the European Capital of Culture continues in the new Cultural Corner. This space is opened in one of the furthest city parts – Slana Bara. 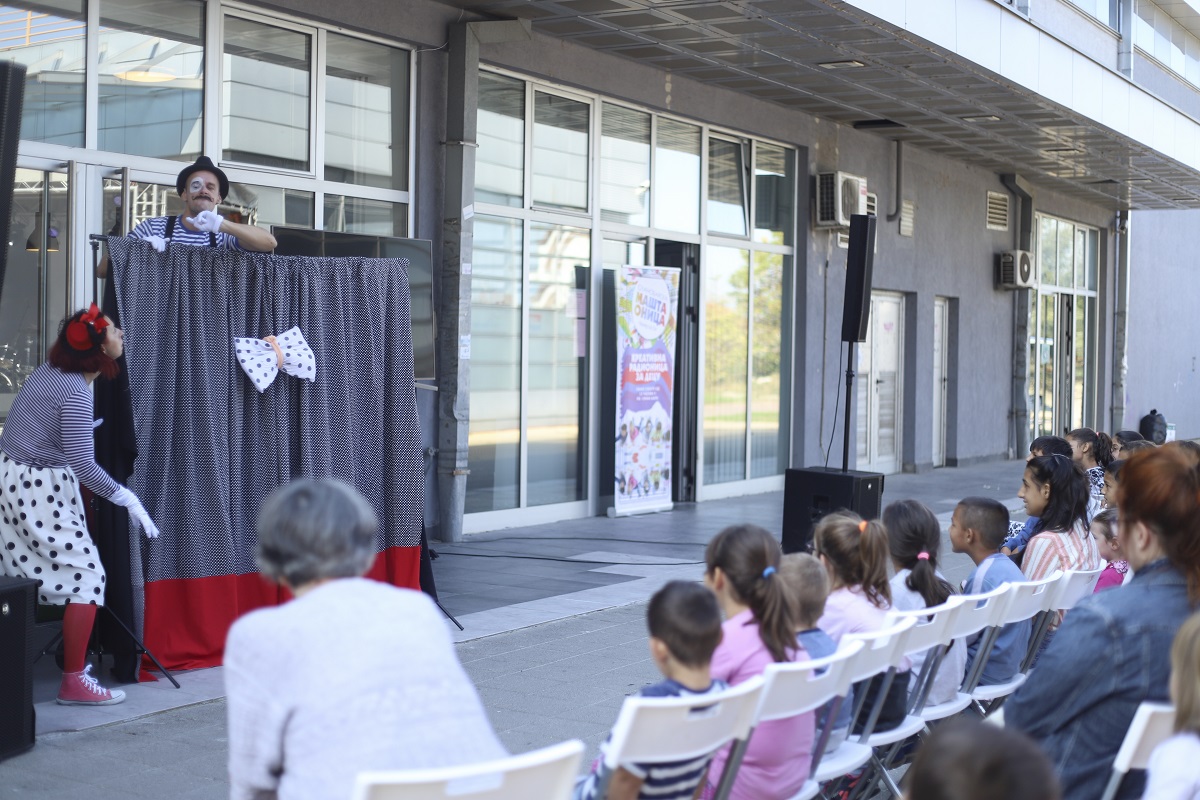 Theatre play and workshops for children, dancers from the ‘Groove’ Dance Association, two concerts, discussion on the new space – all this has marked the opening of the Cultural Corner. The movable cultural station, Caravan, also arrived to Slana Bara.
‘Unfortunately, the locals here have little options for cultural content, and getting on a bus and getting to the city is not easy for everyone and it costs. That is why this is a unique opportunity to have programmes available to the locals, who must have some space of their own and which they can influence on’, said Marijana Stevanović on behalf of the ‘Mala Srećna Kolonija’ that implemented the workshop for children at the opening of the Corner. Marijana has been working with the Roma children for a long time within the ‘Mala Srećna Kolonija’ and she stresses the importance of making cultural content available to them. 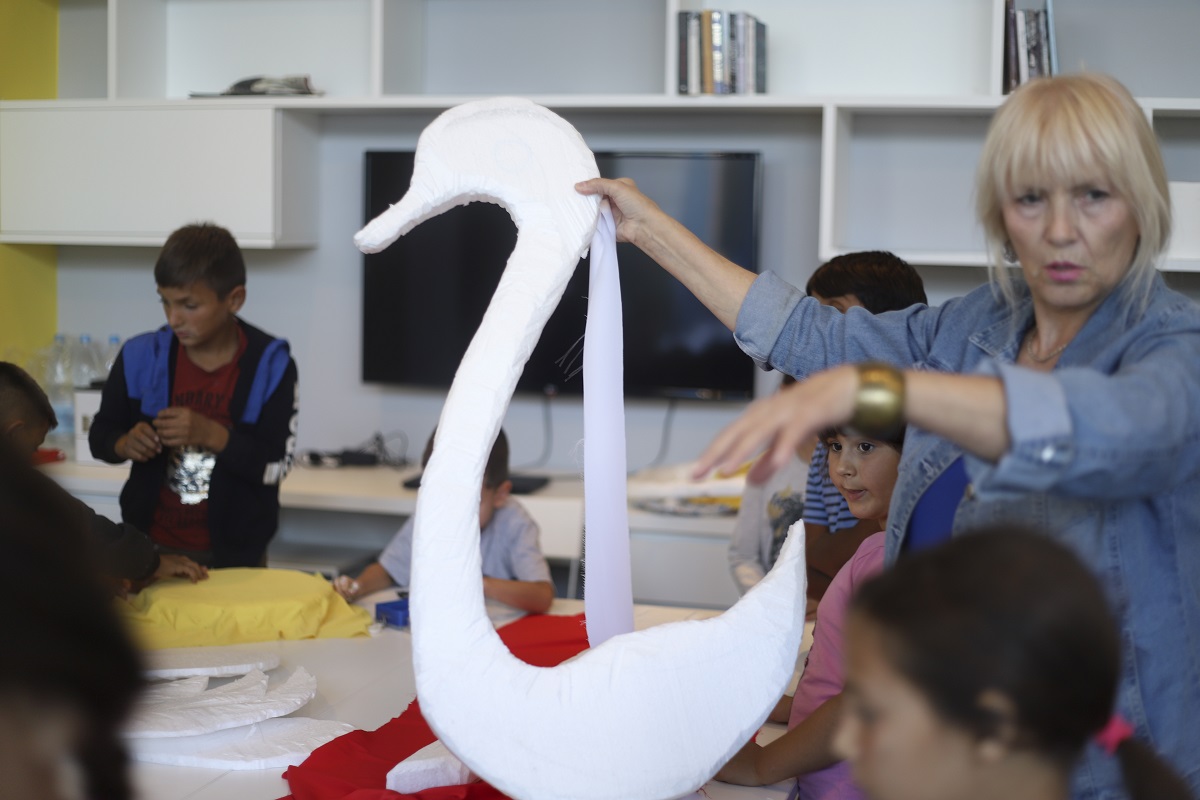 Vesna Cvetanović, one of the organisers of the F.R.K.A Festival of the Roma Culture and Activism, agrees.

‘The most important task of the Corner is to take into account the interculturality of the local population in Klisa and create different programmes. Finally, locals do not have to go to the city centre in order to be a part of some events’, said Cvetanović. 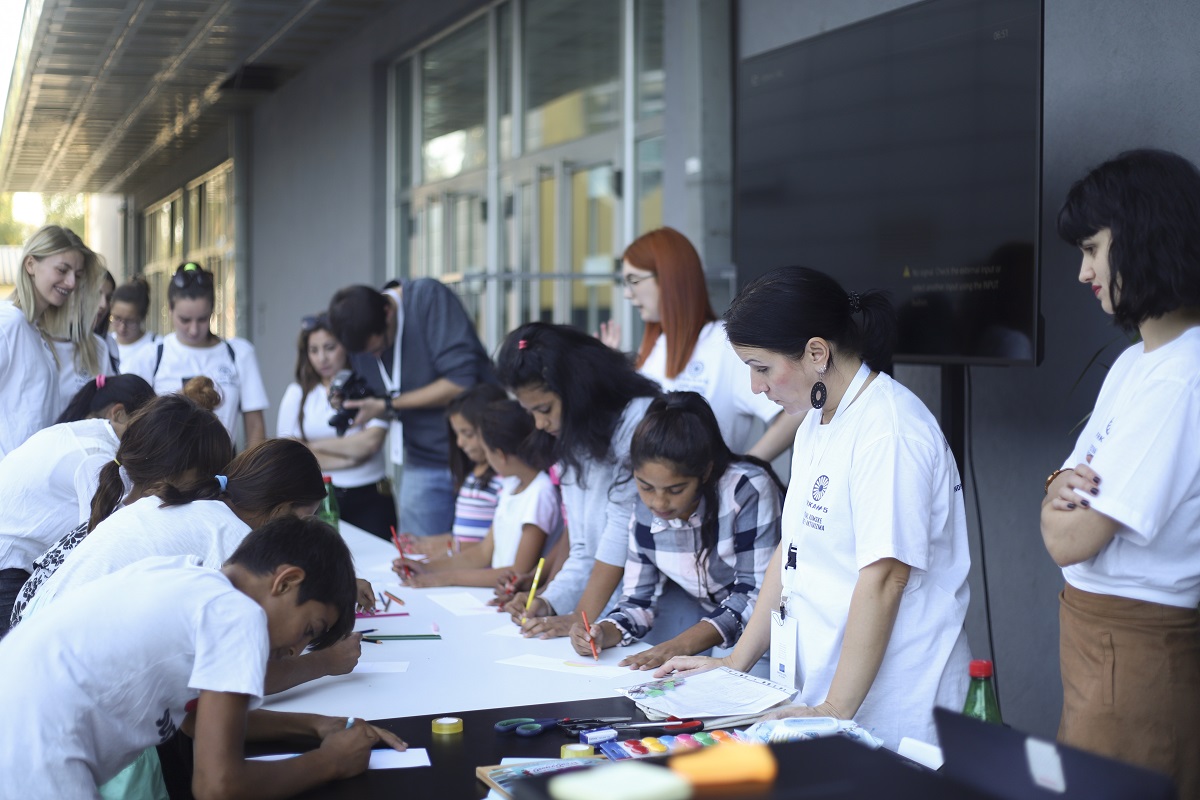 The Cultural Corner is the announcement of the future cultural station that is being built in Slana Bara. What should be the focus of the Cultural Corner and cultural station, who should be involved, how cultural and educational activities can be initiated in Slana Bara – those were the topics of the yesterday’s Divan. Zorica Kalanjoš, pedagogue assistant in the ‘Dušan Radović’ Elementary School, who has been working with the Roma children for a long time, said that this kind of space was necessary because working with children only in school is not enough.
‘We have various workshops, we get involved in the work of some organisations, that is why it is important for us to have one such space. From now on, organisations from other parts of the city will be able to come here, to get to know us, but also we will get a chance to know them and their content. Children are curious and interested in participating in various programmes, so this really opens up a range of new opportunities for us’, said Kalanjoš at Divan yesterday. At the beginning, it is essential to encourage the local community to participate in the programme and be the initiators of various contents, said Marija Jevtić from the ‘SoulPeddler’ vinyl factory, which has been working in Klisa for three years, has its own concert venue and organizes various workshops.
‘I am under the impression that the locals themselves feel that they are isolated from the city itself, and unfortunately, it seems to me that people here are not very interested in something happening in their area. That is why the main task of the new space is to start activating people and making them not only a part of some event, but also creating events themselves’, Jevtić said. 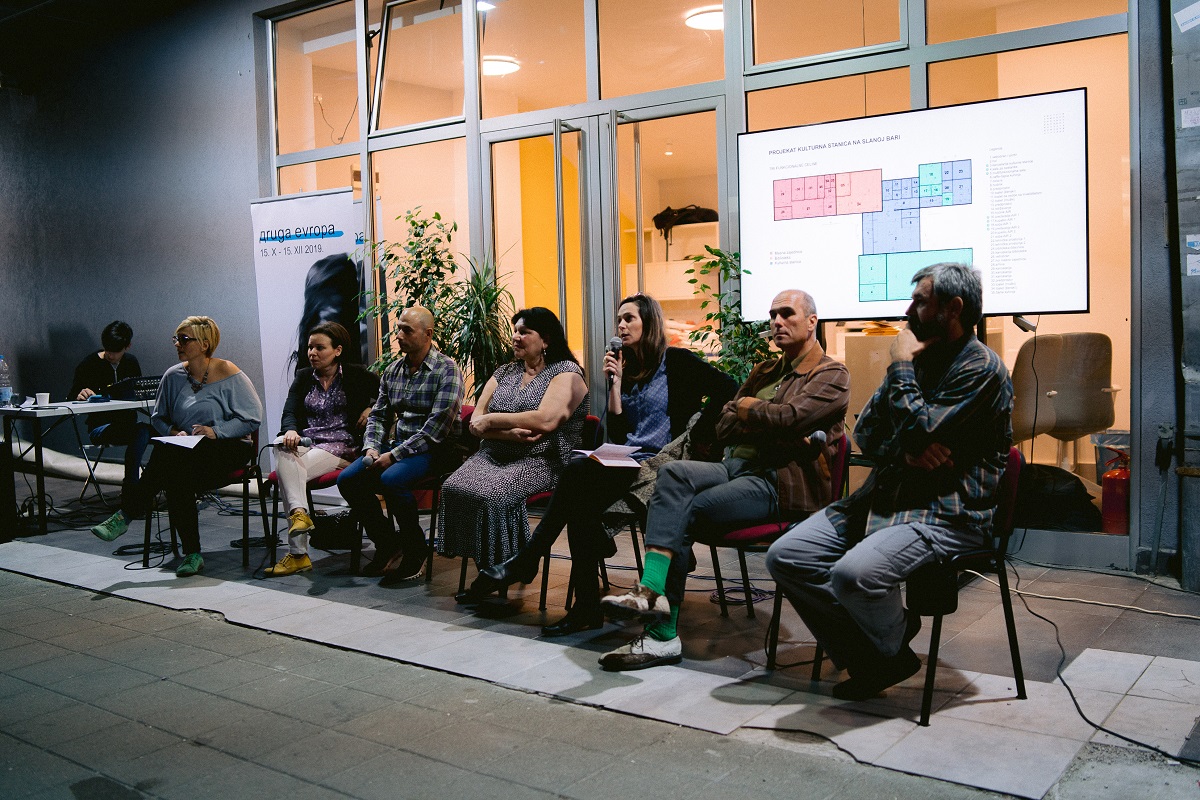 ‘Spreading’ culture outside the city centre is a world trend, agreed Miodrag Perić, sculptor, and Saša Krga, artist, both the residents of Klisa.
‘Spreading culture outside the city centre is beneficiary for every part of the city in every sense especially cultural and civilizational. Raising awareness in the parts of the city that have been neglected so far is very important and if this is the role of cultural stations, to raise awareness of coexistence, exchange of cultural content and multiculturalism, then this may already make some change’, said Perić. 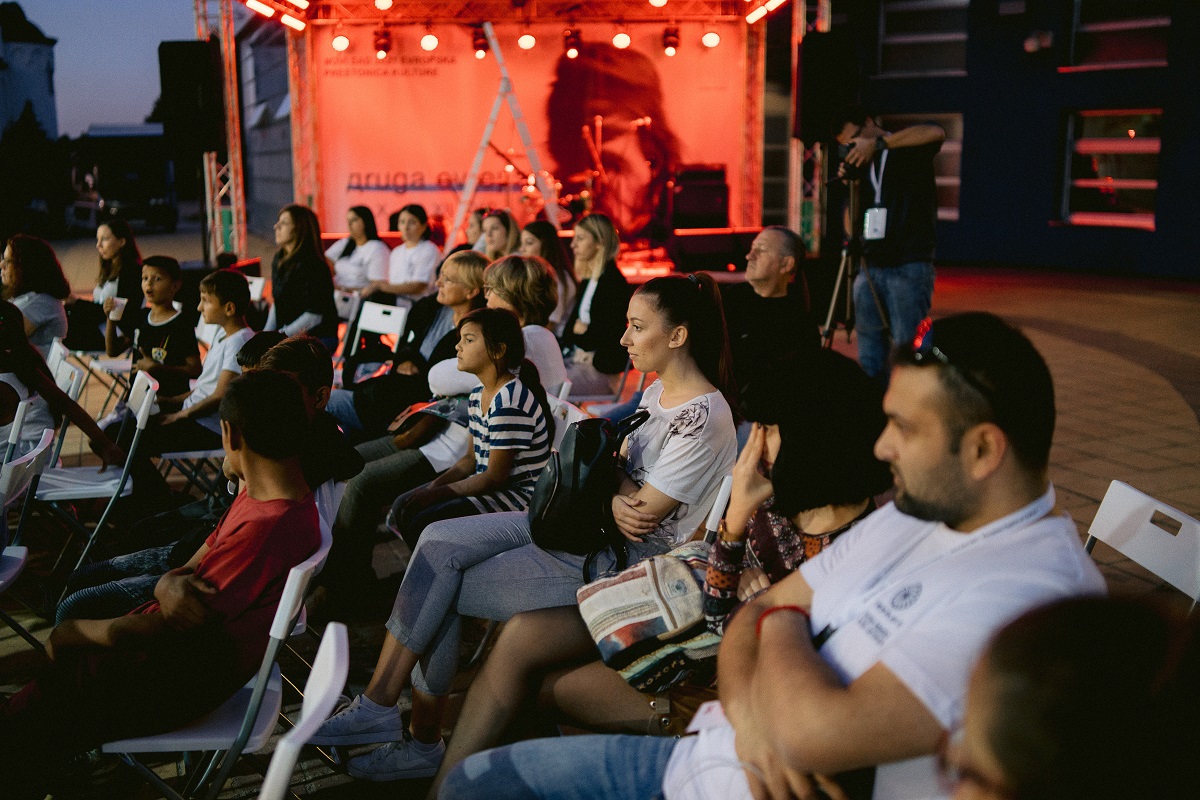 After Divan, the local blues band ‘Soulshine’ and the ‘Kal’ band performed at the opening of the Cultural Corner, which marked the beginning of the new cultural life in Slana Bara. The Cultural Corner will be open from Tuesday till Friday from 3 p.m. until 9 p.m. and on Saturday from 1 p.m. until 8 p.m. It is located in Sentandrejski Put no. 106b next to the ‘Slana Bara’ Sports Centre.

The opening of the Cultural Corner is the beginning of the new programme arch ‘Second Europe’, which will, during two months, until 15 December, present different, hidden, evocative, minority culture through diverse programme such as ‘Synergy’ Theatre Festival of Language Minorities, minority media, ‘programmes created by ‘Superpower’ people with disabilities, performances of emerging bands from European Capitals of Culture, media art from the female perspective, ‘Cinema Now’ film art, etc.