Promoting Serbian national music, multinationalism, diversity of musical expression and preservation of cultural heritage of Novi Sad all describe the popular ensemble Serboplov, which was formed by Bogdan Ranković, a multi-instrumentalist from Novi Sad. 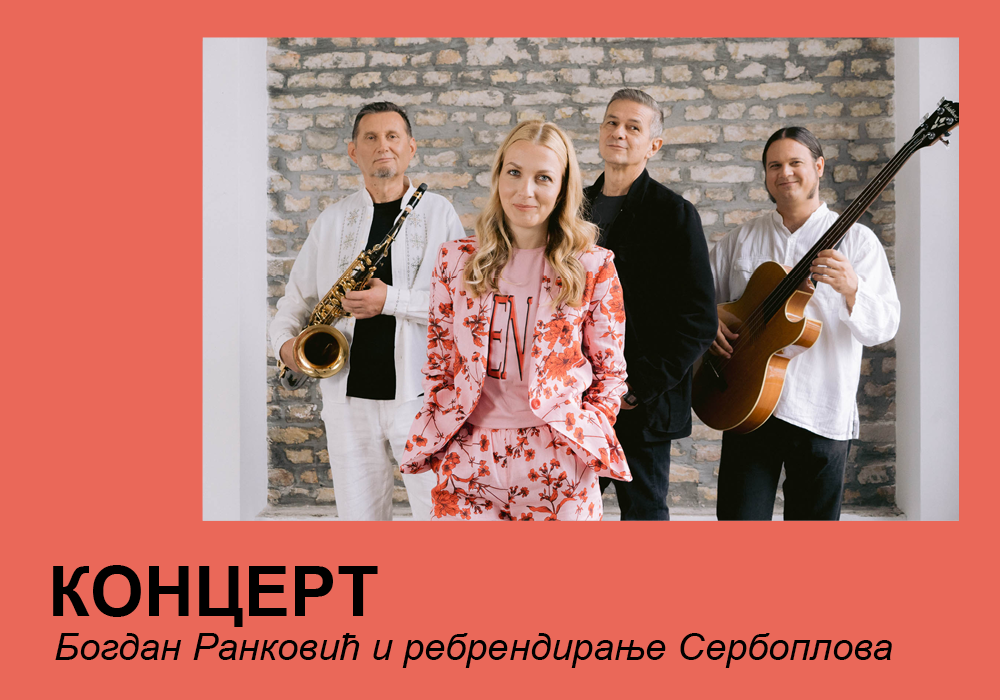 However, as the ensemble includes musicians of different nationalities from Novi Sad, with the wish of not associating Serboplov with national belongingness, but representing richness of musical expression that Novi Sad possesses, they decided to change the ensemble’s name to ‘Etnoforija’.

Besides the new name, the ‘Rebranding of Serboplov’ project by the Eufonija association includes creating visual identity – logotype of the ensemble, website, studio recording, shooting of a music video for the new song, and, last but not least, a concert that will be held in the Bukovac Cultural Station on Friday, 16 October, at 7 p.m.

‘Rebranding of the ensemble, which has been present not just on the Novi Sad music scene, is risky, I have to admit. We came up with the new name ‘Etnoforija’ spontaneously. It’s a mixture of words ethno and euphoria, euphoria – a pleasant feeling, and ethno – people. We hope the audience will like this new idea for the name,’ explains Dragana Kuzmanović, member of the ensemble, an accordionist.

Now, having established new branding, the newly formed ensemble Etnoforija will consist of the following members: Bogdan Ranković, Ervin Malina, a double bass player, Miroslav Pap, a guitarist, Dragana Kuzmanović, an accordionist. Drummer Ljubomir Ponjević is going to be a special guest at this October’s concert. The repertoire is going to include new arrangements of the old songs for the quintet, but also new songs written for the new ensemble formation.

The ensemble will shoot a music video for the song called ‘Polubarski bezvez’.

The first album by Serboplov came out in 2005 and it placed sixth on the prestigious World Music Charts Europe list that same year. It was the greatest success ever for the Serbian music of this genre.

The ‘Rebranding of Serboplov’ project is one of the 42 projects that received funds within the ‘Artists. Now!’ public call aimed at strengthening local cultural scene, raising its capacities through a network of cultural stations, decentralisation of culture and audience development. The members of the ensemble say that this call came just in just the right moment.

‘We’re very happy that the richness of our local scene and the need for supporting the local artists through this public call were recognised, especially in these hard times. We hope this kind of support will continue to exist in the future, since Novi Sad has always been special with its artistic and visionary expression,’ concludes Dragana Kuzmanović.