The new urban-design call for conceptual design regarding the improvement of small public spaces entitled ‘New Places’ has been launched, in cooperation with the Association of Architects of Novi Sad and City Administration for Building Land and Investments, within preparations for this year’s Kaleidoscope of Culture, which sets new standards in contemporary architecture of the capital of culture and will be held from 2 September until 8 October in Novi Sad. Expert public can submit their ideas and projects until 19 July. 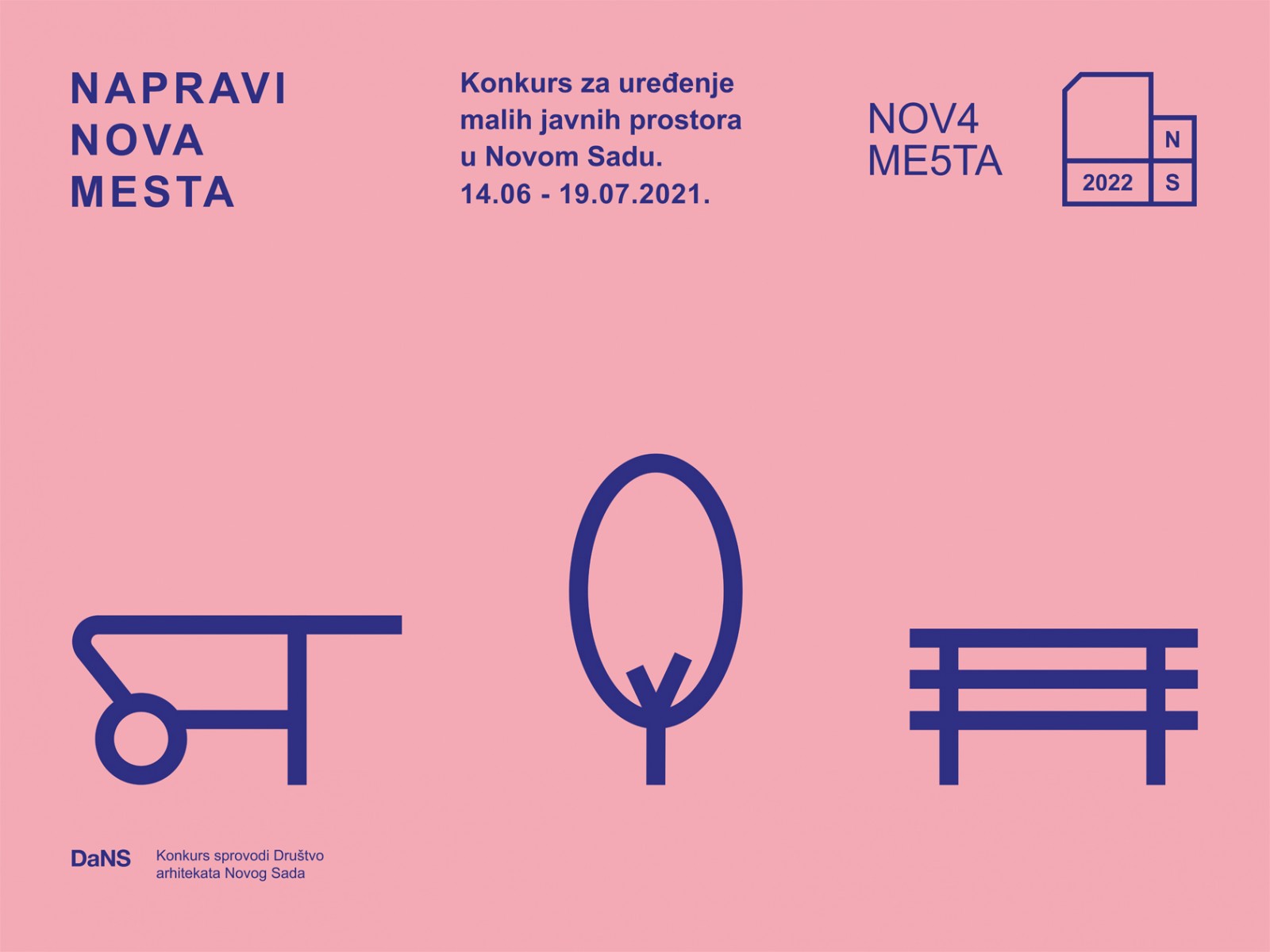 Architects, urbanists, landscape architects, as well as students from these fields, have been invited to give solutions for improvement of a total of four locations in Novi Sad: The Gallery Square, Park near the Assembly of the Autonomous Province of Vojvodina, viewpoint above the tunnel after the Liberty Bridge and green surface at the Patrijarha Pavla Boulevard. Interested can apply to the call in the amount of 1.44 million RSD via the Portal of public procurements, while you can find more information about the call and necessary documentation on the websites of the ‘Novi Sad – European Capital of Culture’ project and Association of Architects of Novi Sad.

In addition to the recently launched call ‘New Places’, the call in the total amount of 2.4 million RSD to complement the programme of this year’s Kaleidoscope of Culture has already been opened with the focus on architecture as one of the five arts that will be presented in Novi Sad during five weeks. You can find more information about the call that will be open until 5 July on the official website of the European Capital of Culture.

The ‘Novi Sad – European Capital of Culture’ Foundation has been creating new spaces intended for fellow citizens for four years now, with the aim to expand the content during the Kaleidoscope of Culture to all parts of the city. Four new and 36 previously restored neighbourhood places will become new spaces where citizens can meet and organise cultural events, either for Kaleidoscope of Culture or other manifestations and events.

In addition to the ‘New Places’ project, which improves neighbourhood spaces in the city and suburbs, five cultural centres in Novi Sad will be improved and restored for the title of the European Capital of Culture: the Suburbium of the Petrovaradin Fortress, Almaš Neighbourhood, city centre, the site of Veliki Liman as well as network of cultural stations.