Shakespeare, Toulouse-Lautrec and Yoko Ono: Timeless Works in the European Capital of Culture

The ‘Fortress of Peace’ programme platform launched by the ‘Novi Sad – European Capital of Culture’ will comprise the monument of peace, two theatre plays and the exhibition of the controversial artist during the upcoming two weeks.

Why is Shakespeare still one of the most demanding drama writers for actors, an inspiration for directors, and a subject of enthusiasm for the audience? Why are his works still among the most popular theatre pieces? What do his heroes tell about him?

Answers to these questions will give the ‘My Shakespeare’ theatre play by Nikita Milivojević that will be performed for the first time in Vila Stanković in Čortanovci on 28 June at 8 p.m. within the traditional ‘Shakespeare Festival’. The play gathers famous actors from the former Yugoslavia, such as Milena Zupančič, Svetlana Bojković, Voja Brajović, Svetozar Cvetković, Zijah Sokolović, Miodrag Krivokapić, Ozren Grabarić, Igor Đorđević, Jelena Đulvezan, etc.

Through dialogue, they will share their experiences of this drama genius in the roles of various Shakespeare heroes, ie. why his plays are demanding and why his messages are timeless.

After June, which was marked by three world famous names – Warhol, Yoko Ono and Shakespeare, the city continues to be the centre of culture and art. 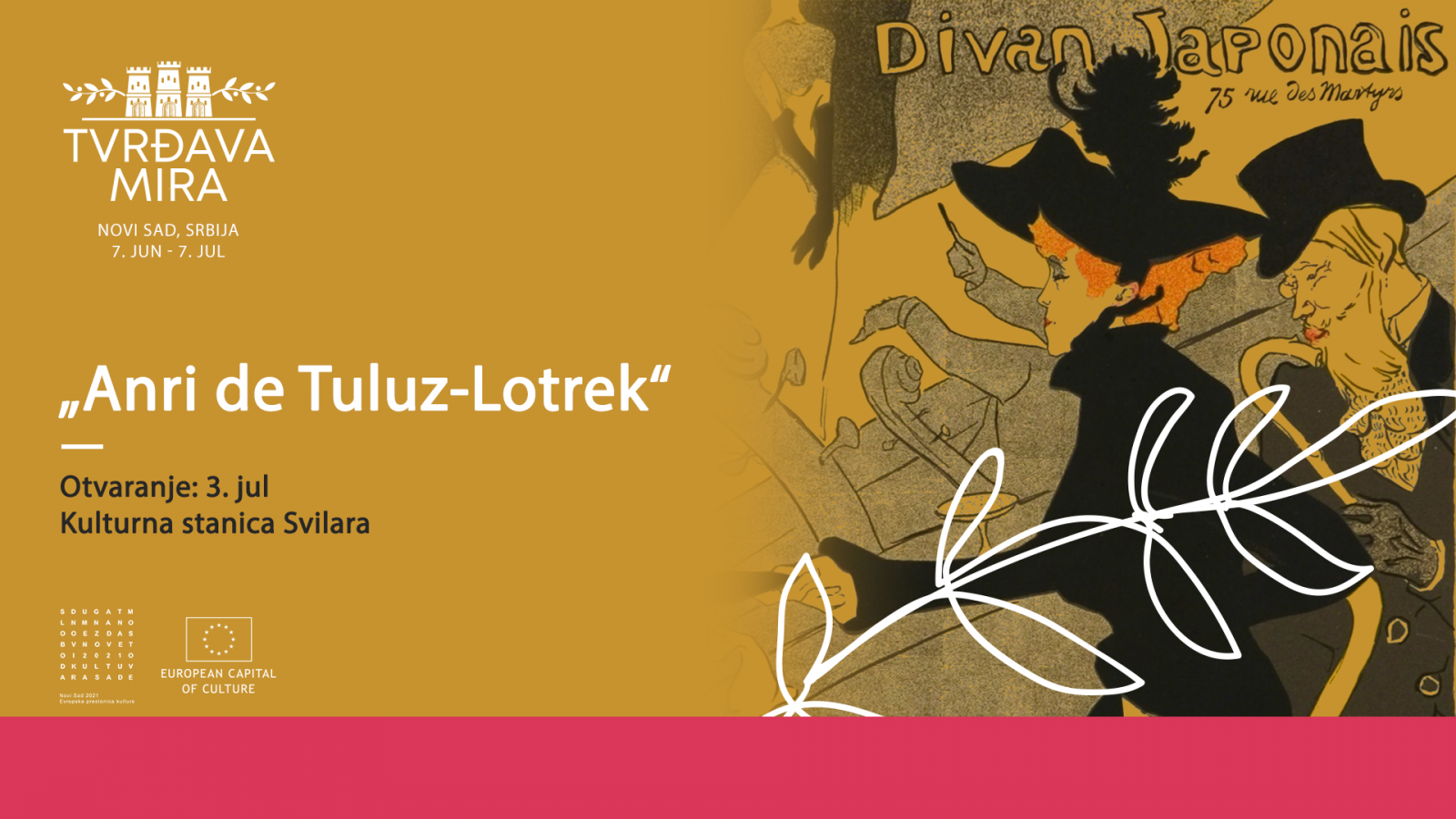 The exhibition of the controversial French artist, Henri de Toulouse-Lautrec, will be opened in the Svilara Cultural Station on 3 July, and the citizens of Novi Sad will have a chance to see more than 20 of his works until mid-July.

He was the artist who did not see the life through happy lenses, but was brutally honest in his works. He gained fame as one of the first artists who made posters, among which the Moulin Rouge caught the biggest attention.

Yoko Ono, world multimedia artist and peace activist, has chosen Novi Sad to be the city to which she will give her piece of work – The Monument of Peace that will be unveiled on the Petrovaradin Fortress on 28 June at 7:30 p.m.

Yoko was inspired by the Serbian warship, the so-called ‘šajka’ and the Petrovaradin Fortress was symbolically chosen as the biggest defensive military fortification built in the 18th century.

It is the joint project of the ‘Novi Sad – European Capital of Culture’, Exit Foundation and NIS Company that will mark the 100th anniversary of signing the Treaty of Versailles and ending of the World War I.

The monument will be the new symbol of Novi Sad that contributes to the promotion of the city as the centre of European culture, a must see tourist destination, as well as the Petrovaradin Fortress as a fortress of peace.

Why do we get close to each other only in fear and tragedy? Why humanity and closeness can’t sustain in peace? Why are we more willing to help others in ‘chaos’?

These questions can be answered by anyone who attend the interactive theatre play ‘78 days of closeness in fear – 20 years since the bombing’ that will be performed in the Svilara Cultural Station on 30 June at 7 p.m.

The play is based on tangible and intangible evidence, narratives, photographs and videos of the citizens of Novi Sad during the bombing in 1999.

Both actors and audience will try to figure out the sensitive interpersonal relations that are created in the unfortunate circumstances, the closeness that is created and disappears in the same way after the aggression.