On the first evening of this year’s EXIT festival, at the State of EXIT Zone, with a symbolic beginning at 20:21 (8:21 PM), there was a promotion of a new visual identity of Novi Sad 2021, with which the city of Novi Sad candidate for the European Capital of Culture 2021. According to the organizer of the Festival, on the first day of the visit the opportunity to see the new visual identity had a record number of 44.00 visitors.

Projectors around the fortress throughout the night projected animations with a new logo for the candidacy of Novi Sad for the European Capital of Culture. It was presented in Serbian Cyrillic and the Latin English version, and it was readable to visitors from 60 countries in the world from which they gathered in Novi Sad at one of the best European music festivals. 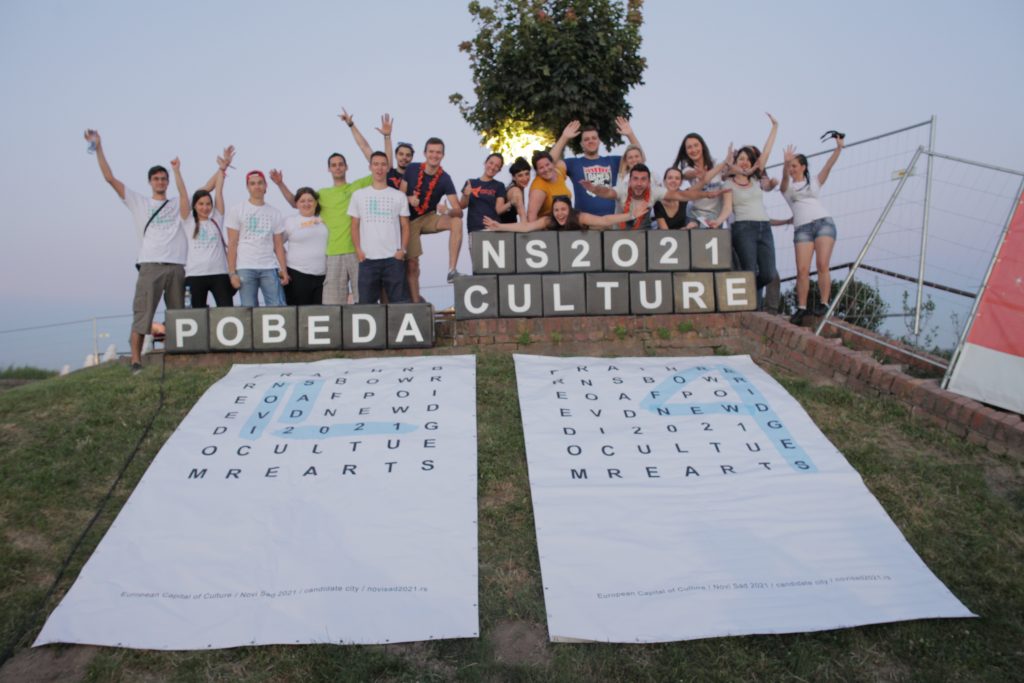 Promotion of the new visual identity of Novi Sad 2021 had interesting and participatory activities in which visitors of the Festival took part. While some made words of cubes with letters which associate them to the project City of Novi Sad, the European Capital of Culture

2021, others have participated in the “game” in which they were “foresaw their future “. Through exchanging “experiences” they were told where they will be in 2021, and in return they have expressed their desires and visions of Novi Sad in 2021. 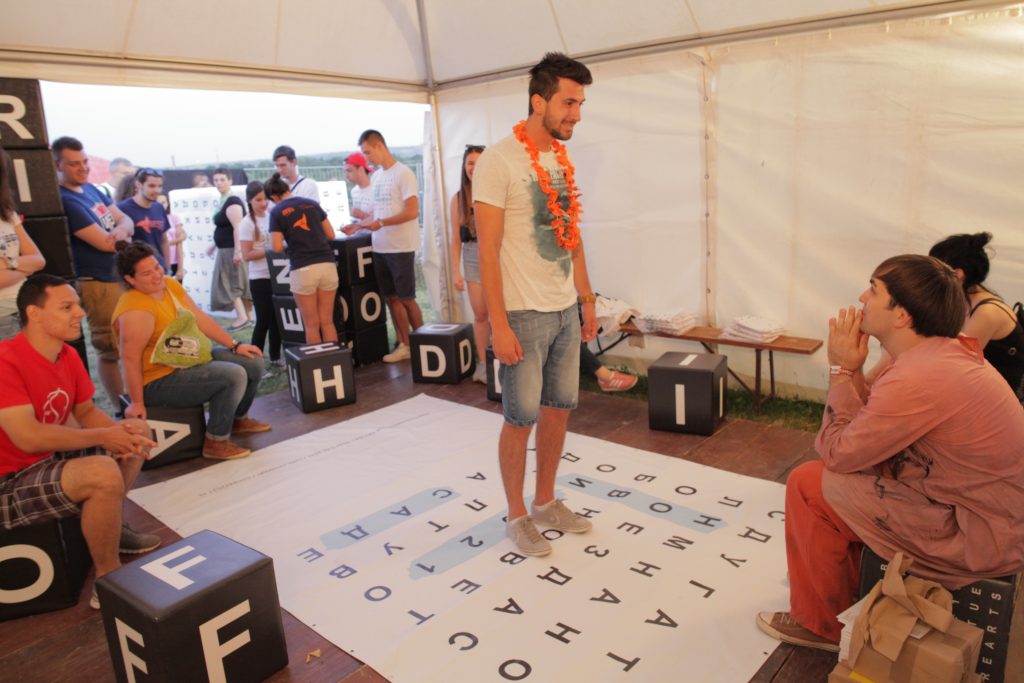 Promotional activities for visitors of the Festival at the stand of Novi Sad 2021State of EXIT Zone, as well as the promotion of a new visual identity of the project will continue every night of EXIT, and will start symbolically, at 20 hours and 21 minutes.

The team working on the Novi Sad candidacy for European Capital of Culture will present new promotional activities just after the Festival from July 13th to 21st.