Project Novi Sad 2021, with which the City of Novi Sad candidate for the prestigious title of European Capital of Culture 2021 will present a new visual identity at EXIT, one of the best music festivals in Europe.

After the program concept and the slogan “4 new bridges” were adopted, the Arts Council  announced a competition for a new visual identity. The conceptual design of Jovan Trkulja, one of the best Serbian designers won.  His world-renowned, award-winning studio in Novi Sad, “Peter Gregson”, offered a unique, simple and innovative solution for the logo.

– Jovan Trkulja has managed to unite in the logo the name of the project, slogan and program concept. On the other hand, the logo has a distinctive European dimension – it is applicable in all European languages. Finally, he managed to make the logo participatory. Everyone will read what he finds to be the most important – said Mr.Nemanja Milenkovic, President of the Organizing Committee of the City of Novi Sad candidacy for European Capital of Culture 2021. 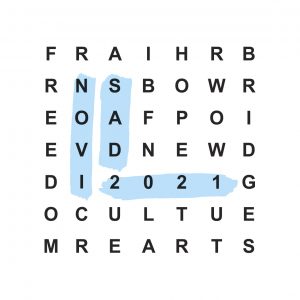 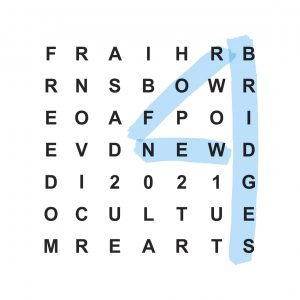 The new visual identity of  Novi Sad 2021 will premiere on the first day of Exit, at the State of Exit Zone, which represents very recognizable social activity of the Festival. The promotion will begin, symbolically, at 20 hours and 21 minutes (8:21 PM) and will consist of a series of participatory activities in which all the visitors of Exit can participate.

The Arts Council has defined four bridge program concept, which consists of eight topics that will engage candidacy: 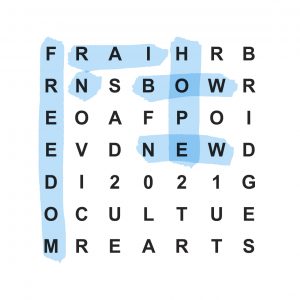 Through the new bridges, the city of Novi Sad will be present, but also strengthen its capacities and potentials. On the other hand, the candidacy for this prestigious title is a unique opportunity for our city to face and solve some of the important deficiencies and challenges.