Literary Morning, Two Premieres in the Serbian National Theatre, Children’s Performance, 80 Years of the Provincial Government Building – the Last Week of the Kaleidoscope of Culture

Literary morning at the Najlon market, two premieres in the Serbian National Theatre, performance at the Railway Station, exhibition on the occasion of 80 years of the Provincial Government Building – these are just some of events that the last, fifth week of the ‘Kaleidoscope of Culture’ in Novi Sad.

Instead of literary night, the ‘Kaleidoscope of Culture’ brings ‘Literary Morning’ to the Najlon Market, one of the busiest locations in the city, on 28 September at 8 a.m., thus connecting unusual location and interesting programme. The ‘Literary Morning’ event will close this year’s Prosefest, International Festival of Prose, and citizens of Novi Sad will have a chance to meet poets Milutin Ž. Pavlov, Vule Žurić and Rale Damjanović, journalist and poet.

The ‘This Building Truly Talks’ performance, which deals with the problem of public spaces, will be performed at the Railway Station, on 23 and 24 September at 12 p.m., 5 p.m. and 8:21 p.m. (20:21). The audience had a chance to see the performance for the first time tomorrow, on 22 September.

It is the project by Filip Jovanovski, winner of the 14th Prague Quadrennial, the most significant world manifestation dedicated to scenic art, which was presented in Novi Sad within the cooperation between ‘Novi Sad 2021 – European Capital of Culture’ and Bitef. 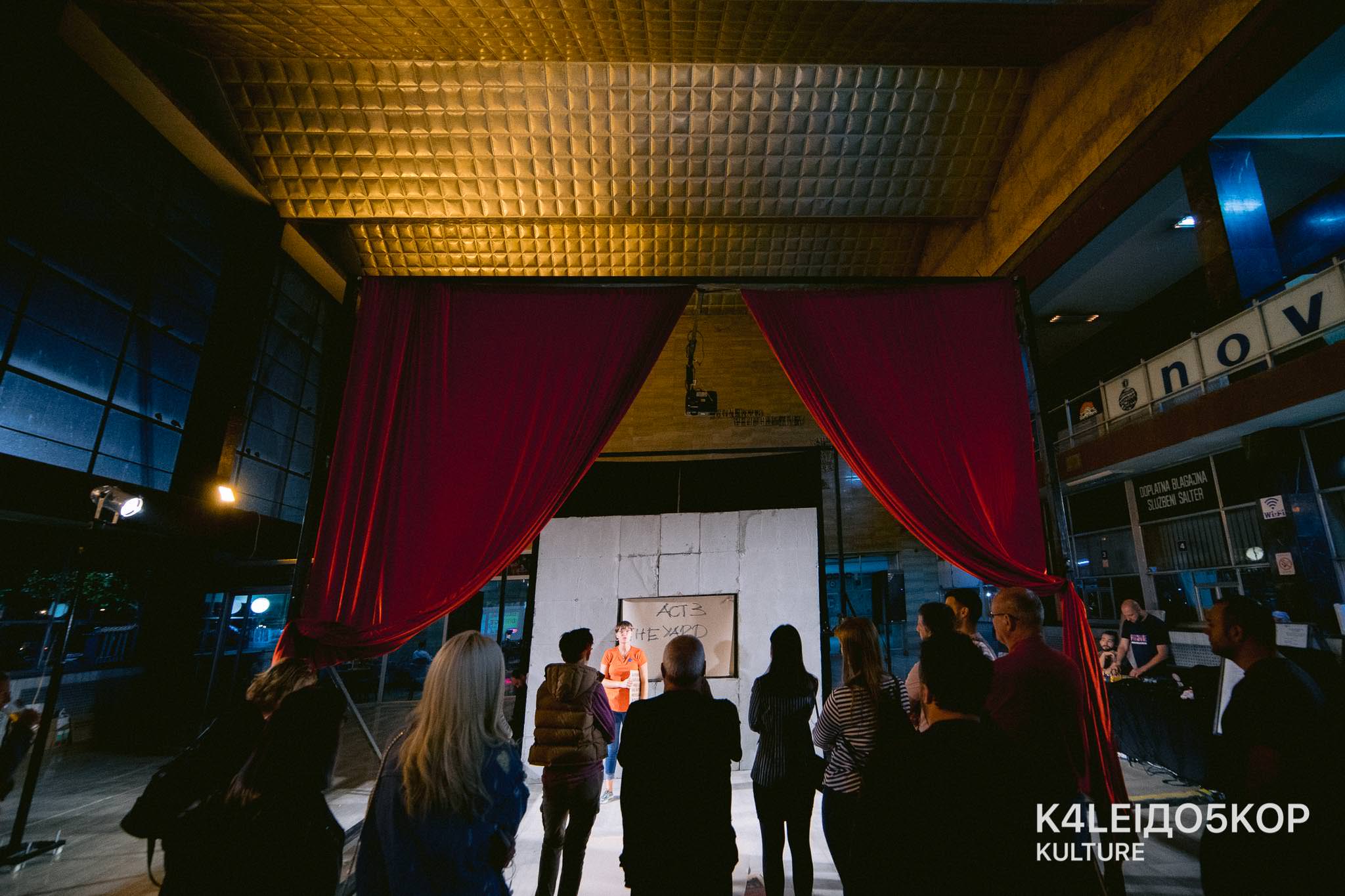 The beginning and end of working week in Novi Sad will be marked with two premieres in the oldest theatre in Serbia.

The premiere of the ‘Qatar’ play, directed by Ognjen Petković, is scheduled for Monday, 23 September at 8:30 p.m.,at the chamber scene of the Serbian National Theatre. The story is about four heroes who sit in a local café and dream about going to Qatar and solving their life problems they have been facing since the warfare during ‘90s. Simultaneously with this story, the girl Lea, who spends the time in the café, listening to advice from his father and grandfather she grew up with. The play emerged from the cooperation between the Serbian National Theatre, ‘Mansarda’ Association and ‘Novi Sad 2021 – European Capital of Culture’.

On Friday, 27 September, at the Pera Dobrinović stage, ‘Smederevo 1941’ play will have its premiere at 7:30 p.m. The theatre play, directed by Ana Đorđević, is dedicated to actors who were killed in the munitions explosion in Smederevo on 5 June 1941, as well as the majority of citizens of the city.

The Banovina in Novi Sad, work by Dragiša Brašovan, one of our most famous architects, takes a special place in the history of Serbian architecture and present one of the most important architectural monuments of art deco style in our country. The Archives of Vojvodina, with the support of the ‘Novi Sad 2021 – European Capital of Culture’, worked on the exhibition.

The play for the youngest in Egység 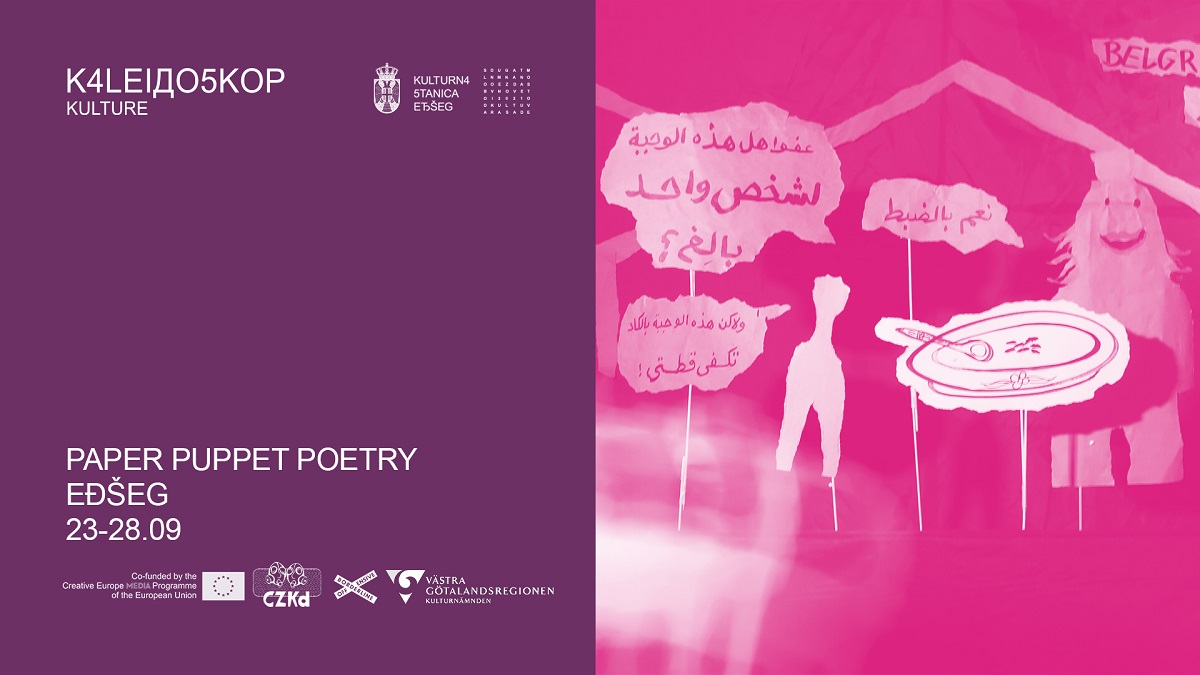 The theatre play, created as the product of the ‘Paper Puppet Poetry’ puppet workshops, will be held in the Egység Cultural Station (Antona Čehova Street no. 4), on Saturday, 28 September at 8:30 p.m. Children from Novi Sad participated in workshops that were moderated by Škart collective and poet Jelena Ađelovska, with the support of the ‘Novi Sad 2021 – European Capital of Culture’. The audience will have a chance to see and hear songs, stories, drawings, imaginations and other stuff, which were created during workshops with children, and part of the presentation will be animations of clumsy puppetry mistakes that tell hidden stories about us and them, said organisers.

This year’s ‘Kaleidoscope of Culture’ will be closed with the reveal of ‘Q’ sculpture on 29 September at 7 p.m. The whole programme will start at 6:30 p.m.

Four artists from three different European Capitals of Culture, Novi Sad, Rijeka and Timişoara, carved the sculpture made of famous marble from Aranđelovac, which presents another way of cooperation between cities and artists.

The ‘Q’ project was created as the artistic idea by Danilo Vuksanović and Luka Kulić, which was developed in cooperation with the Almašani Association of citizens od Podbara, with the aim to encourage the practice of active attendance of contemporary sculpture in Novi Sad. 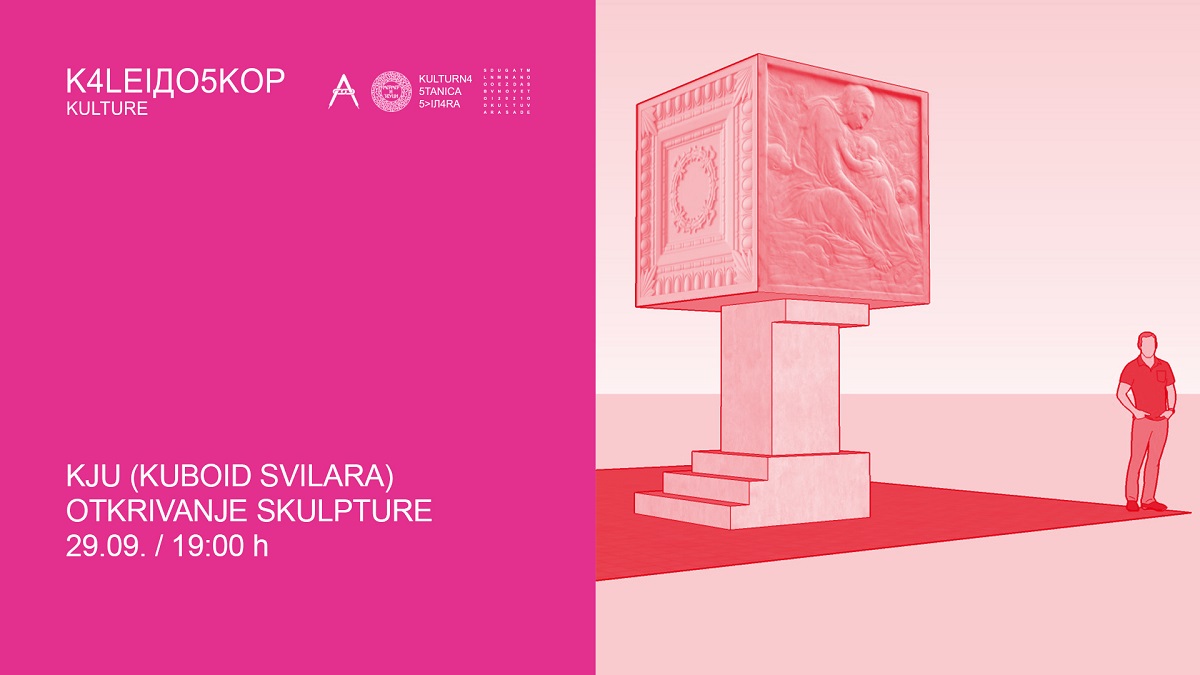 The Kaleidoscope of Culture is the programme arch by the ‘Novi Sad 2021 – European Capital of Culture’, which turns Novi Sad into the ‘city of scene’ through the culture of communion for the second time, at more than 80 locations, from 24 August until 30 September.   Part of the ‘Kaleidoscope of Culture’ are Street Musicians Festival, Piano City, Festival of Chamber Music, etc.

It connects spaces and programmes, as well as the actors themselves: the ‘Kaleidoscope’ presents a unique image of the diversity of Novi Sad through multiple arts, with its cultural institutions, non-institutional scene, artists and citizens themselves. With more than 400 programmes, everyone will have a chance to design their own kaleidoscope of culture.