‘Kaleidoscope of Culture’ Connects Theatre and Dance: 30 Years of Bitef and Third Festival of Contemporary Dance in Novi Sad

The cult musical ‘Hair’ had its first performance in Yugoslavia right after its premiere in the USA in 1968. A year before, one of the biggest European theatre festivals, after which a theatre emerged, was established in our country. This happened thanks to Mira Trailović, and famous Bitef celebrates 30 years of its existence this year. 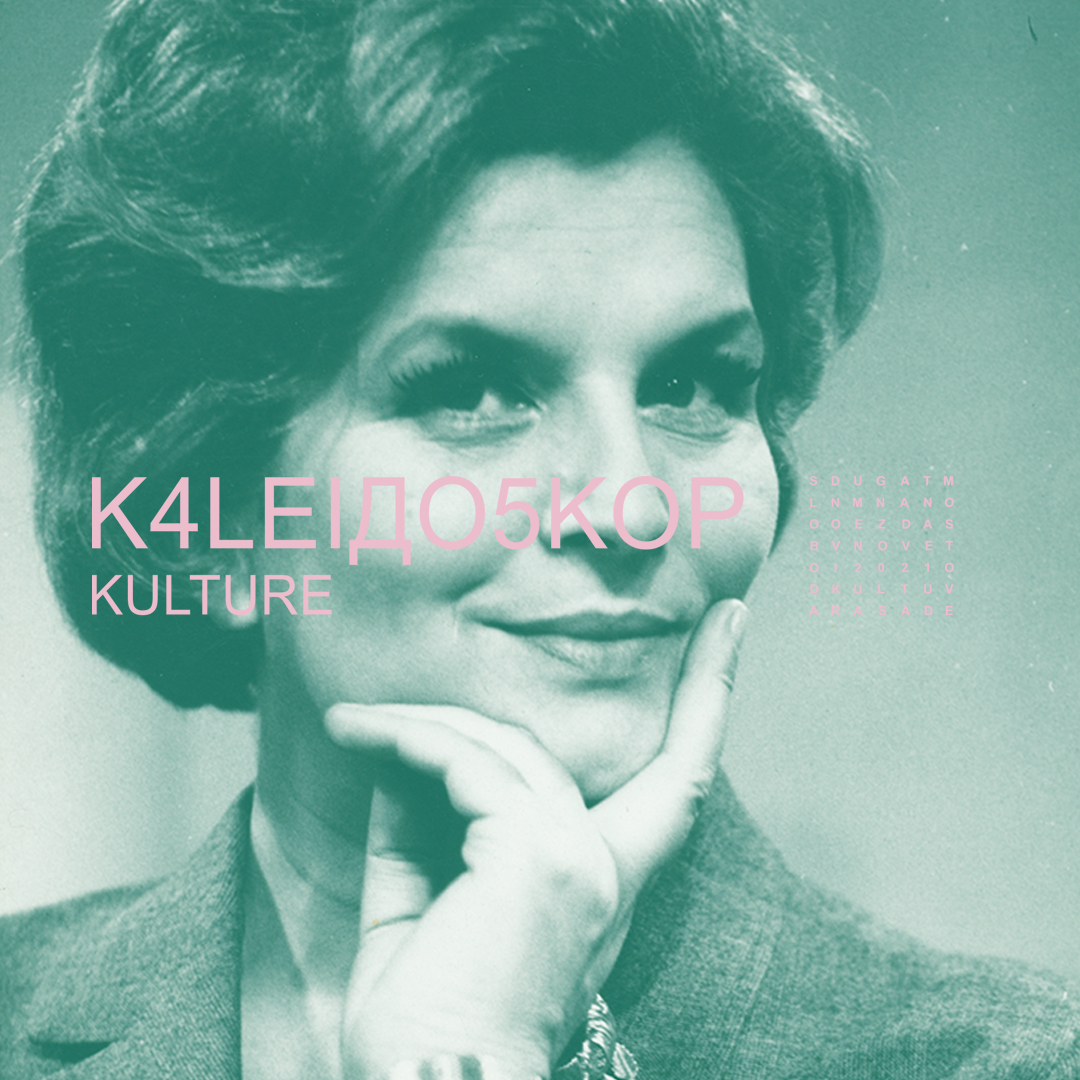 This jubilee will be marked in Novi Sad through the multimedia exhibition ‘I Dalje u Zaveri sa Pozorišnim Duhom’ in the Svilara Cultural Station on 5 September at 7 p.m. within the ‘Kaleidoscope of Culture’.
The revolutionary theatre, emerged from the Belgrade International Theatre Festival – Bitef, continued the idea of innovative and different theatre, connecting artists, overcoming prejudice and barriers.
Vesna Bogunović and Jelena Stojanović, authors of the exhibition, deal with the issue whether the quality of the founder’s idea been achieved and the thought that theatre should be an authentic reflection of what is happening in reality as well as having the power to influence the change of viewers’ consciousness? Their inspiration emerged from the rich history of the Bitef and great works of Mira Trailović.
The exhibition will be opened until 9 September, and the entrance is free. 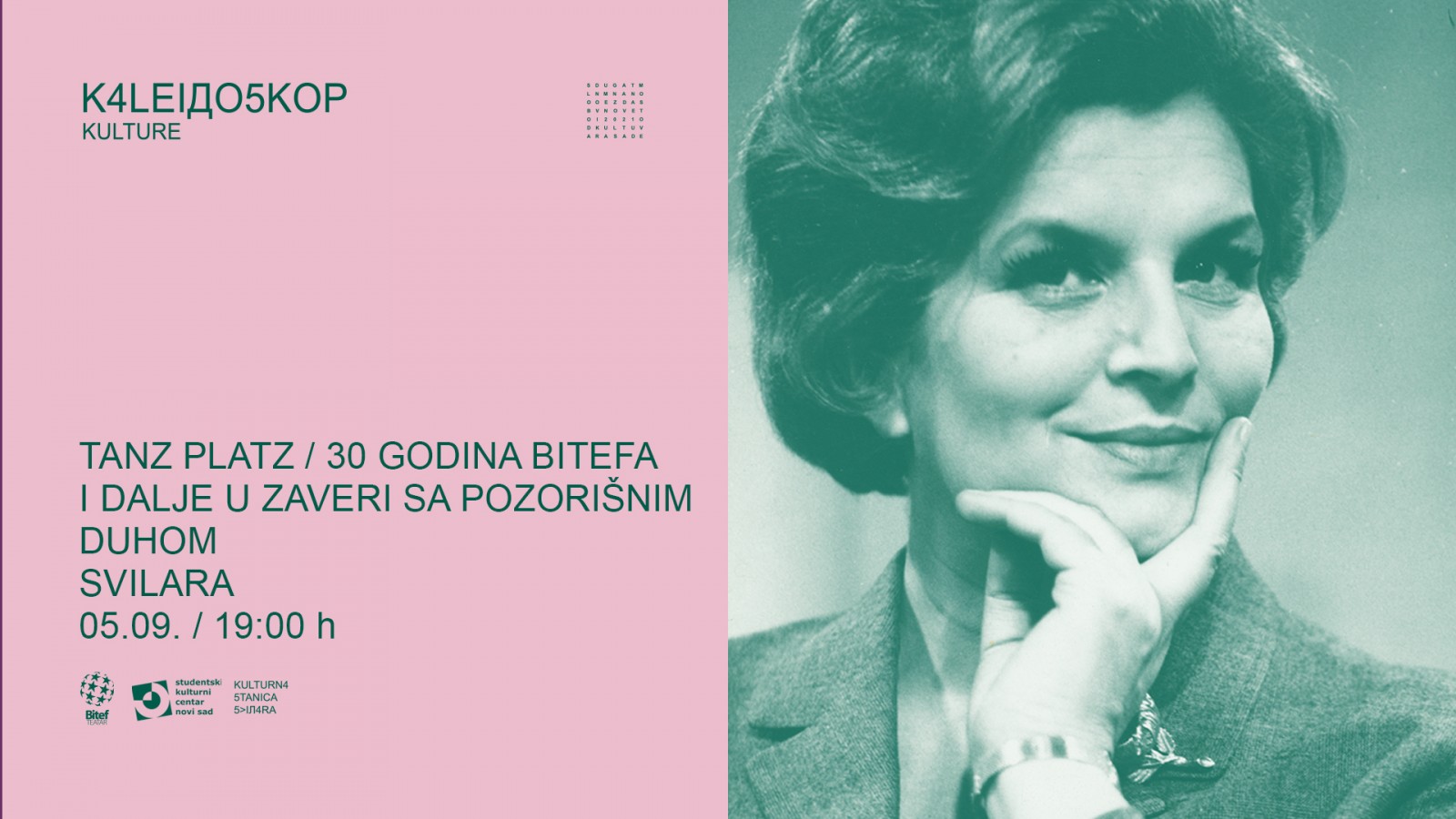 ‘Kaleidoscope of Culture’ connects theatre, virtual art and dance since the opening of the exhibition on the occasion of 30 years of Bitef will be part of the third International festival of contemporary dance Tanz Platz that will last from 5 until 7 September.
The festival has four co-productions, i.e. four plays and performances, and the citizens of Novi Sad will have a chance to see both local artists and artists from Italy, Spain, Germany, Colombia and New Zealand.
The performance raises the question if the wounded performing body is still functional performing body? This is actually the autobiographic solo performance of Danka Sekulović, circus acrobat facing professional injury. The same evening, at 9 p.m. the ‘Restraint’ theatre play from Berlin, which is part of Aerowaves platform selection of 20 best dance works in 2019, will be performed.
Bachelor explores the space of uniqueness of the body and the space that surrounds him. This work was presented all around the world and it caught audience attention at this year’s La Biennale Paris.
Afterwards, at 9 p.m., the Tanz Platz Festival will be closed by Núria Guiu Sagarra, one of the most respected young artists from Spain, who has received numerous acknowledgments for the critical piece entitled ‘Likes’. How do the likes we get on social networks influence our behaviour and body? A fresh look at the presence of the corporal in the digital age, the ‘Likes’ explores the phenomenon of processing choreographies from popular music videos as well as yoga tutorials on social networks.
The executive producer of the festival is the Student Cultural Centre in Novi Sad, and is supported by the ‘Novi Sad 2021 – European Capital of Culture’, Aerowaves Network, ‘Creative Europe’ Programme of the European Union, Ministry of Culture and Information and Provincial Secretariat of Culture.

The ‘Kaleidoscope of Culture’ is the programme arch of the ‘Nov Sad 2021 – European
Capital of Culture’ project, which turns Novi Sad into the ‘city of scene’ at more than 80 locations from 24 to 30 August.   Part of the ‘Kaleidoscope of Culture’ are Street Musicians Festival, Piano City, Comics Weekend, Festival of Chamber Music, etc.
It connects spaces and programmes, as well as the actors themselves: the ‘Kaleidoscope’ presents a unique image of the diversity of Novi Sad through multiple arts, with its cultural institutions, non-institutional scene, artists and citizens themselves. With more than 400 programmes, everyone will have a chance to design their own kaleidoscope of culture.
More informaiton here.