Kaleidoscope of Culture 2019: First Week in Token of Literature, Dance and Performance

Literature, dance, hip-hop subculture, interactive performance, ‘Heritage Walks’  – this is a brief description of the first-week programme of the ‘Kaleidoscope of Culture’, which began on Saturday, 24 August, in the Suburbium of the Petrovaradin Fortress with the ‘Novi Sad Gate’ event. Citizens of Novi Sad will have a chance to see more than 140 different events that the programme of ‘Kaleidoscope’ offers until 1 September and in that manner give us the opportunity to create our own ‘kaleidoscope’. 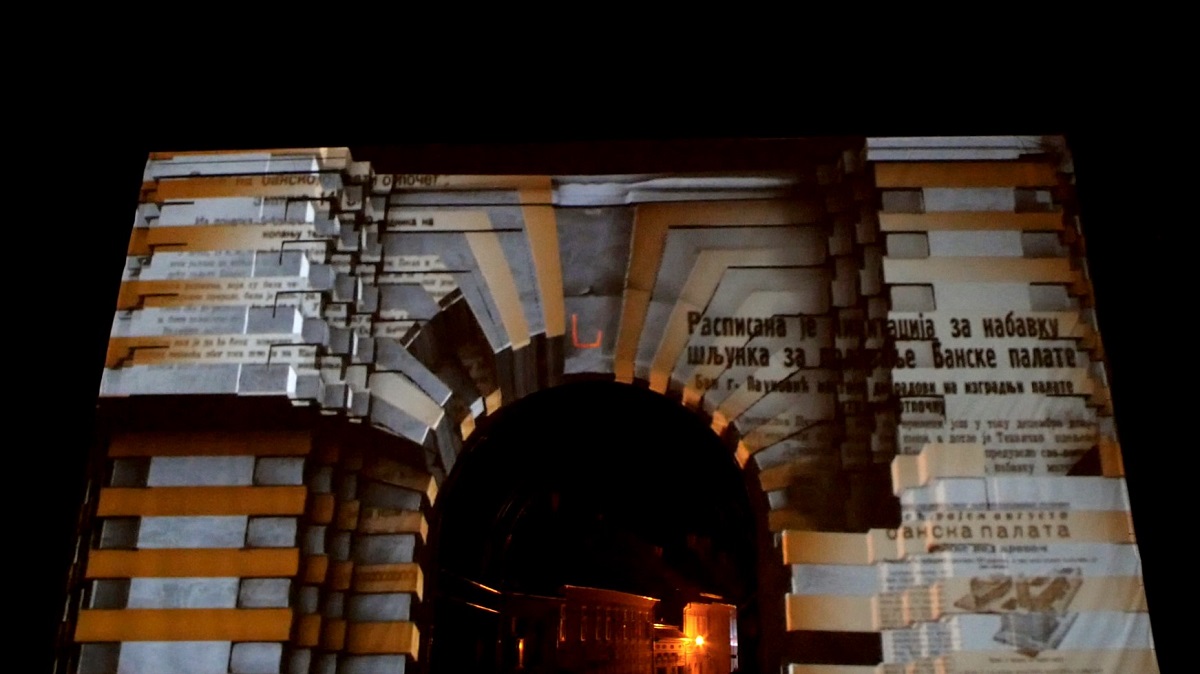 After the programmes in the Suburbium, which were focused on the importance of the lower part of the Fortress, its infrastructure, historical events, people and stories behind the monuments, numerous other arts will appear on the programme of ‘Kaleidscope’.

Literature fans will have a chance to feed the ‘appetite’ for books at the 14th International Novi Sad Literature Festival which starts today, on 26 August at 9 p.m. in Trg Mladenaca square and it will last until 28 August. Novi Sad will host writers Eduardo Moga from Spain, Kovács András Ferenc from Hungary, Ahren Warner from England, Tobias Burghardt from Germany, Jean-Luc Despax from France, as well as local writer Dejan Aleksić. Young poets up to 29 years of age will receive the traditional ‘Brankova Nagrada’ award, as well as international literature award ‘Novi Sad’. Part of the festival, which presents a type of the intercultural cooperation between local and foreign writers, ‘Intellectual, Literature and Capitalism’ symposium will be organised as well, debates on certain subjects and poetry reading in the evening in the Trg Mladenaca square. In addition to happenings in the square, locations for this year’s festival are the The City Library in Zmaj Jovina Street, gardens of Novi Sad cafés and restaurants. The Festival, held within the ‘Kaleidoscope of Culture’ is organised by the Association of Writers of Vojvodina in cooperation with the ‘Novi Sad 2021 – European Capital of Culture’.

Three Migrants in a Boat – four performances in Svilara

The ‘Three Migrants in a Boat’, unusual performance that includes audience, will enrich the first week of ‘Kaleidoscope of Culture’ at the plateau in front of the Svilara Cultural Station on 29 August at 6 p.m.

The performance installation is envisaged as a journey of three migrants and a smuggler on a small rubber boat that is going upstream the Evros river. Dialogues were based on the popular comedy classic book ‘Three Men in a Boat’.

The audience will actively participate in the performance since one group of visitors equipped with night vision devices (NVDs) seamlessly stroll and observe the performance (becoming the custom officer), while the scene become huge panoramic video projection of the river bank. In a waiting room outside, while waiting to enter the room and become part of the performance, audience watches several screens with live-feed of news on migration, paramilitary arrests, political speeches, etc.

The performance is created by the artist Petko Dourmana, organised by the Centre for Cultural Decontamination in Belgrade and ‘Novi Sad 2021 – European Capital of Culture’, and it will be performed on 30 and 31 August, and on 1 September at the same place.

Contemporary dance and hip-hop subculture within the Kaleidoscope

The citizens of Novi Sad will have a chance to see the performance ‘Tamo Vani i Ovdje Unutra’ by Ana Kreitmayer and Sonja Pregrad from Zagreb, within this year’s festival of contemporary dance and ‘Pokretnica’ performance, which is part of the ‘Kaleidoscope of Culture’, in the Svilara Cultural Station, on 30 August at 7 p.m. The authors will hold a short workshop for visitors. This year’s festival is dedicated to the topic of sustainability of joint work at the local scene, as well as the connection of local artists with artists from abroad. This year, the Festival gathers musicologists Milan Milojković and Adriana Sabo, poets Jelena Anđelovska and Vitomirka Trebovac, choreographers Vesna Pašćanović, Olivera Crnjanski and Natalija Vladisavljević, as well as guests from the region, choreographers Sonja Pregrad and Ana Kreitmayer. The festival is implemented by ‘Praktikabl’, association for contemporary dance and culture and it will last until 31 August at several locations in the city.

The ‘Block Party’ – the event that will mark the next three weekends will promote hip hop culture as the way of living, and hip hop dancers, graffiti artists and DJs will be in charge of it. First ‘Block Party’ will be organised in the yard between Beogradski Kej and Marka Miljanova Streets in Podbara, on 30 August at 6:30 p.m. Visitors will have a chance to meet Juraj Ďuriš, street artist from Slovakia, to dance to the music played by DJ Zupany, and local graffiti artists will contribute to the promotion of hip hop culture. 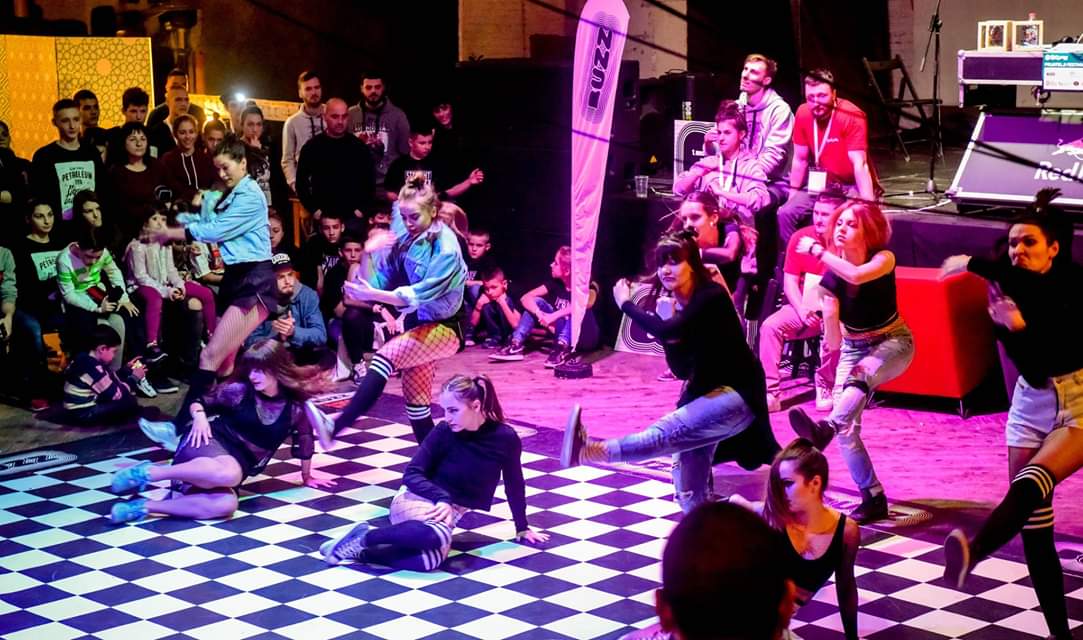 Next ‘Block Party’ will be organised in the yard between Dragiše Brašovana and Ravanička Streets in Liman 2, in the so-called ‘Bronx’, on 31 August, at 6:30 p.m., and on 7 and 14 September.

The citizens of Novi Sad will have a chance to see how urban gardens used to look like and how they look today, within the third and last ‘Retrospective of Urban Gardening of Novi Sad’, which is part of the ‘Heritage Walks’ project, in the Egység Cultural Station, on 1 September at 6 p.m.  Urban gardens will be presented within multimedia exhibition, which consist of posters, videos and animated material. The possibility to use VR equipment, which will make this small virtual journey through urban gardens, makes it even more interesting for the audience. The event is implemented by the Virdis Creative Industry and ‘Novi Sad 2021 – European Capital of Culture’.

The Kaleidoscope of Culture is the programme arch by the ‘Novi Sad 2021 – European Capital of Culture’, which turns Novi Sad into the ‘city of scene’ through the culture of communion for the second time, at more than 80 locations, from 24 August until 30 September.

It connects spaces and programmes, as well as the actors themselves: the ‘Kaleidsocope’ presents a unique image of the diversity of Novi Sad through multiple arts, with its cultural institutions, non-institutional scene, artists and citizens themselves. With more than 400 programmes, everyone will have a chance to design their own kaleidoscope of culture.