The Fortress of Peace: Films from the Region, Extraordinary Concerts and Jubilees

Two concerts, exhibition and film festival will mark this week in Novi Sad, within the ‘Fortress of Peace’ platform’. The entrance to all events is free. 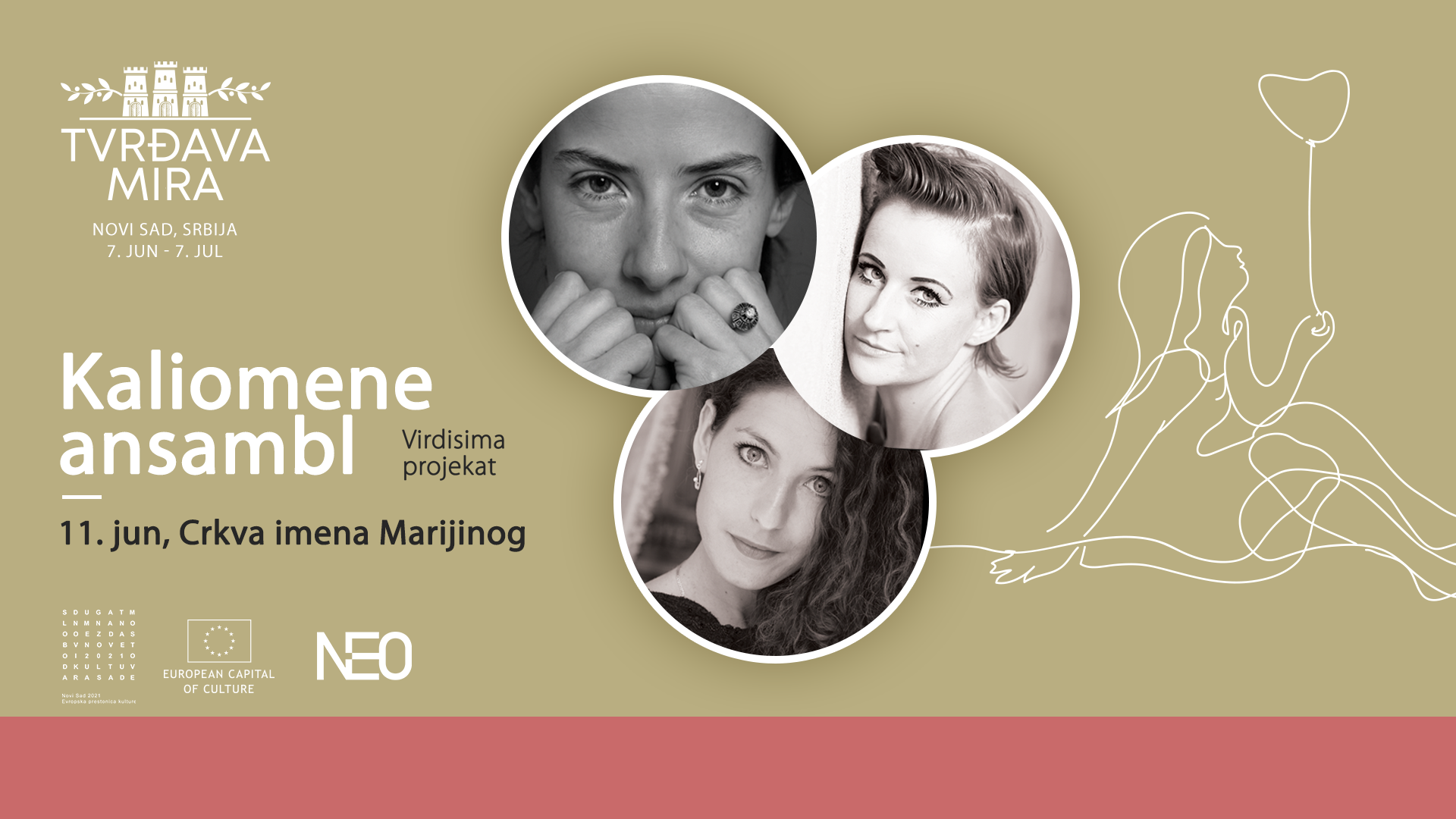 The ‘Kaliomene’, an unusual ensemble, will perform Gregorian chants, the oldest spiritual music of Christian Europe, in wonderful ambience of the Name of Mary Church, better known as the Cathedral, on 11 June at 8 p.m. In addition to Gregorian chants, the ensemble will perform other genres of acapella church singing. The light projections will make the performance even more unique and the audience will experience the spiritual music in a special way.

The uniqueness of the ‘NEO’ Festival, which is part of the Fortress of Peace’ platform, is performing classical music in a non-classical way, and the ‘Kaliomene’ ensemble will be the first to show it. Furthermore, during the Concert at Salaš, great artists will prove that we can listen to chamber music in the open, in the beautiful natural environment of Salaš 137.

France and Serbia: 180 years since the establishment of diplomatic relations

The importance of Pavle Beljanski and Ivo Andrić in diplomacy, which was based on good communication and peaceful policy between the Kingdom of Yugoslavia and European countries, will be presented on the exhibition ‘Pavle Beljanski and Ivo Andrić: Diplomats and Donors’, which will be held in the Memorial Collection of Pavle Beljanski on 13 June, at 8 p.m. In this manner, 100 years since the beginning of diplomatic career of Beljanski in Stockholm and 180 years since establishing diplomatic relations between France and Serbia, which our Nobel Prize winner fostered, will be marked.

Audio-visual art in service of peace

The citizens of Novi Sad will have a chance to experience the contribution of technology to different artistic expression, using the AR technology (i.e. augmented reality), within the ‘On the Sidelines of History’ event. The project summarises media, poetry, photographs and videos, and is a result of the international cooperation of Mohamad Kebbewar – poet from Syria, Mary MacDonald – multimedia artist from London and Nataša Boškić – a citizen of Novi Sad who works as a director of the support group for the use of educational technology at the Department of Curriculum and Pedagogy at the University of British Columbia in Vancouver. The ‘On the Sidelines of History’ project discusses the topic of migrations and deals with the consequences of war in Syria, and describing a situation after the NATO bombing of Serbia. Although initiated as the form of ‘video poetry’, the project has grown into the so-called ‘transmedia installation’ with the aim to evoke empathy, humanity and closeness during the ‘chaos’ after the war.

The ‘On the Sidelines of History’ project will be presented in the Rectorate Building of the University of Novi Sad on 14 June, and it will last until 21 June.

The whole region at the 5th Film Fest

The ‘Fortress of Peace’ includes the 5th 21114 – Film Fest of Novo Kulturno Naselje, within which 13 films will be shown. Artists who worked on film come from Serbia, Croatia, Bosnia and Herzegovina, North Macedonia, Montenegro, Slovenia, as well as the United Kingdom and Sweden. The Festival will be held in Novo Naselje (Bate Brkića Street). It starts on 13 June at 8:30 p.m., and it will last until 16 June and films will open up a discussion on consequences the wars in the region during 90s left behind, and show the importance of maintaining peace, so that similar tragedies would never happen again.

The ‘Fortress of Peace’ is the fourth programme platform of the ‘Novi Sad 2021 – European Capital of Culture’ project with the aim to promote Novi Sad as the symbol of peace, communion and tolerance. Within the platform, 20 events – concerts, exhibitions, film screenings and theatre plays will be held until 7 July, and Novi Sad will get the monument of peace entitled ‘One Day…’, which was designed by Yoko Ono, a world famous multimedia artists.

Check the whole programme at the following link and our social media pages.