Foreign Media about Novi Sad and European Capital of Culture

The ‘Novi Sad 2021 – European Capital of Culture’ project has recently marked three years since the capital of Vojvodina was announced one of the cultural centres in 2021. The Panel of independent experts of the European Commission decided in Brussels that Novi Sad should bear the title of the European Capital of Culture, and this news reverberated in local as well as in world media. Since then, the world media follow development and happenings within this project and inform audience about tourist and cultural potentials of Novi Sad. 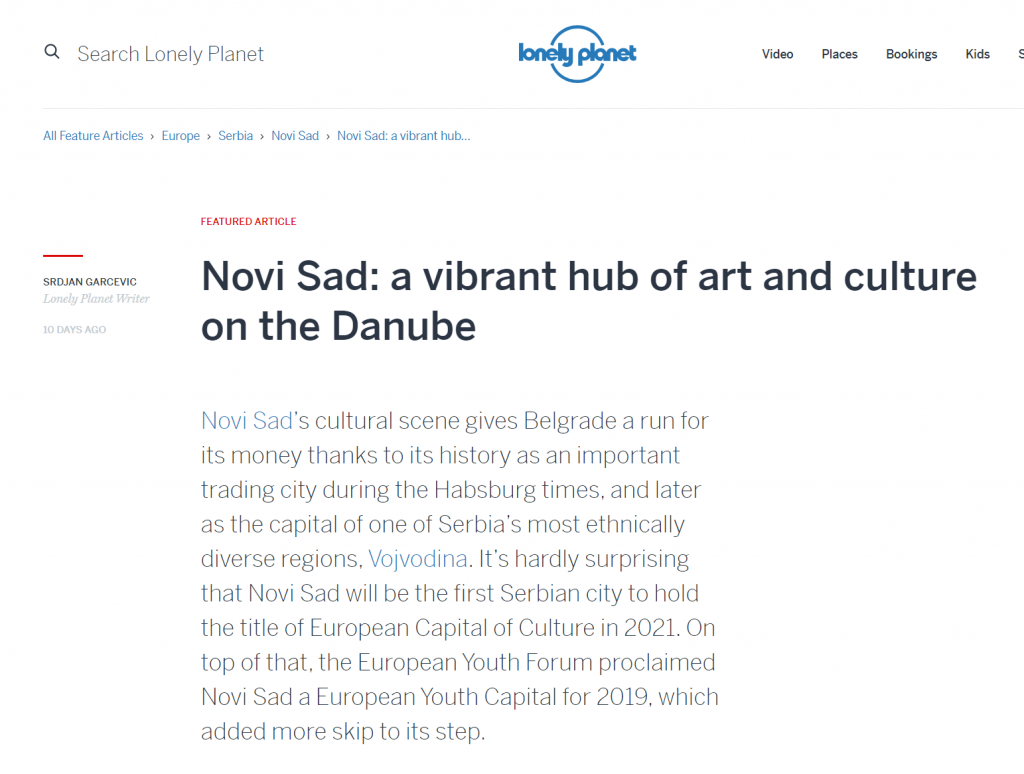 The most significant world tourist portal Lonely Planet placed Novi Sad to his famous list of 10 must visit cities within preparations for the European Capital of Culture. The news was spread by other world media such as CNN, Forbs, Independent, Marie Claire… The respectable Independent and other Irish, Scottish, American and British portals about culture wrote about Novi Sad and the European Capital of Culture title during previous years.

As many as 13 minority media in Europe have reported on Novi Sad’s title of the European Capital of Culture as the project that revives culture in this city and will leave behind a number of infrastructural changes, such as cultural stations and other places to consume culture. 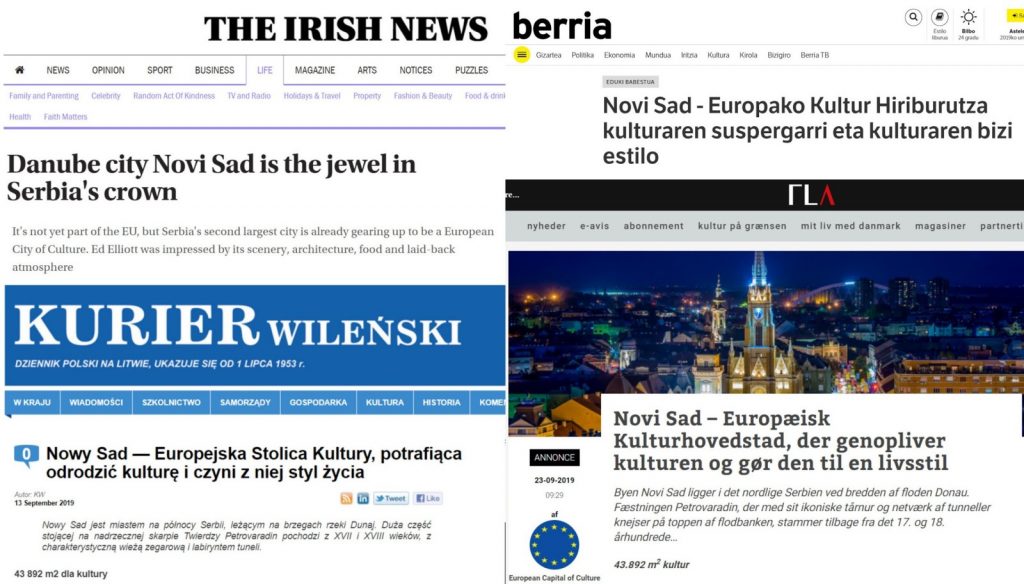 It is about Catalan and Basque media in Spain, Hungarian in Slovakia, Romania and Serbia, Polish in Lithuania, Slovenian in Italy, Danish  in Germany and German in Denmark, as well as other minority media such as South Tyrol  and Catalan, including the oldest daily newspapers in Germany Serbske novini that publishes in the Upper Sorbian language.

The Egypt’s leading media, The Egypt Today, reporting on the meeting between Ines Abdel-Dayem, the Egyptian Minister of Culture, and Miloš Vučević, Mayor of Novi Sad, emphasized that the presence of the Egyptian culture and art in this city has significantly increased over the past two years, while Ahram Online draw additional conclusions from these successful bilateral relations – that culture is the best way to form links between nations.

The eminent Lonely Planet has again paid attention to Novi Sad and the visible changes in the cultural life of this city since the European Capital of Culture project has evolved, thus recommending it to tourists from all over the world.

All of these announcements are very important for presenting the cultural opportunities of Novi Sad, which is expected the army of visitors and enjoyers of cultural events from around the world in 2021, when Novi Sad, along with Timișoara and Eleusis, will be one of the centres of the European culture.