The First Photographer Who Flew Over Paris, Revolutionary Serbian Artist – Names in the Focus of the ‘Kaleidoscope of Culture’ This Week

The end of the week will be in token of two festivals, two exhibitions, local and foreign artists, tapestries, comics – visual art, within this year’s ‘Kaleidoscope of Culture’.

A woman who brought innovation into Serbian art, the founder of tapestry as a fine art discipline in the former Yugoslavia, the revolutionary – Milica Zorić left a huge mark in Serbian art. For that reason, the ‘Kaleidoscope of Culture’ draws attention to her contribution within the ‘Tapestries of Milica Zorić: Synthesis of Heritage and Modernism’ exhibition by Milica Orlović Čobanov, which will be open in the Pavle Beljanski Gift Collection from 12 September until October 27.

The exhibition consists of 28 tapestries from 1959 until 1971 and photographs and documents that will be revealed for the first time, as well as the rich programme in the form of professional guidance, creative workshops, and a tactile setting for the blind and visually impaired. The exhibition presents the cooperation between the Legacy of Rodoljub Čolaković and Milica Zorić in the Museum of Contemporary Art in Belgrade and the Museum of Semberija in Bijeljina.

This Thursday, 12 September, the Caravan Mobile Station brings new content! Today’s gathering, instead in Banoštor, will be held in the Svilara Cultural Station (Đorđa Rajkovića Street no. 6b) due to bad weather that destroyed the German church in Banoštor. The programme remains the same.
Patricia Gillette, German-Lithuanian artist and Radoš Antonijević, joined their creative forces in order to introduce the concept that connects cultural, historical, national, religious and political within the exhibition. The opening is scheduled for 7 p.m., and the exhibition is part of the Danube Dialogues Festival of Art.

The ‘Kaleidoscope’ will take you to the new exhibition and next cultural institution on 13  September. The ‘Portrait of a Time’ exhibition, which reveals the works of famous French photographer Félix Nadar, who took first aerial photographs of Paris and had the first neon commercial, will be held in the Gallery of Matica Srpska. The opening is at 8 p.m., and the exhibition consists of photographs of famous people from the 19th century – Baudelaire, Manet, Vern, Hugo, Bernard, etc. The exhibition is implemented by the French Institute, Gallery of Matica Srpska, National Gallery of Photography Paris and ‘Novi Sad 2021 – European Capital of Culture’. The exhibition will be open until 17 November. 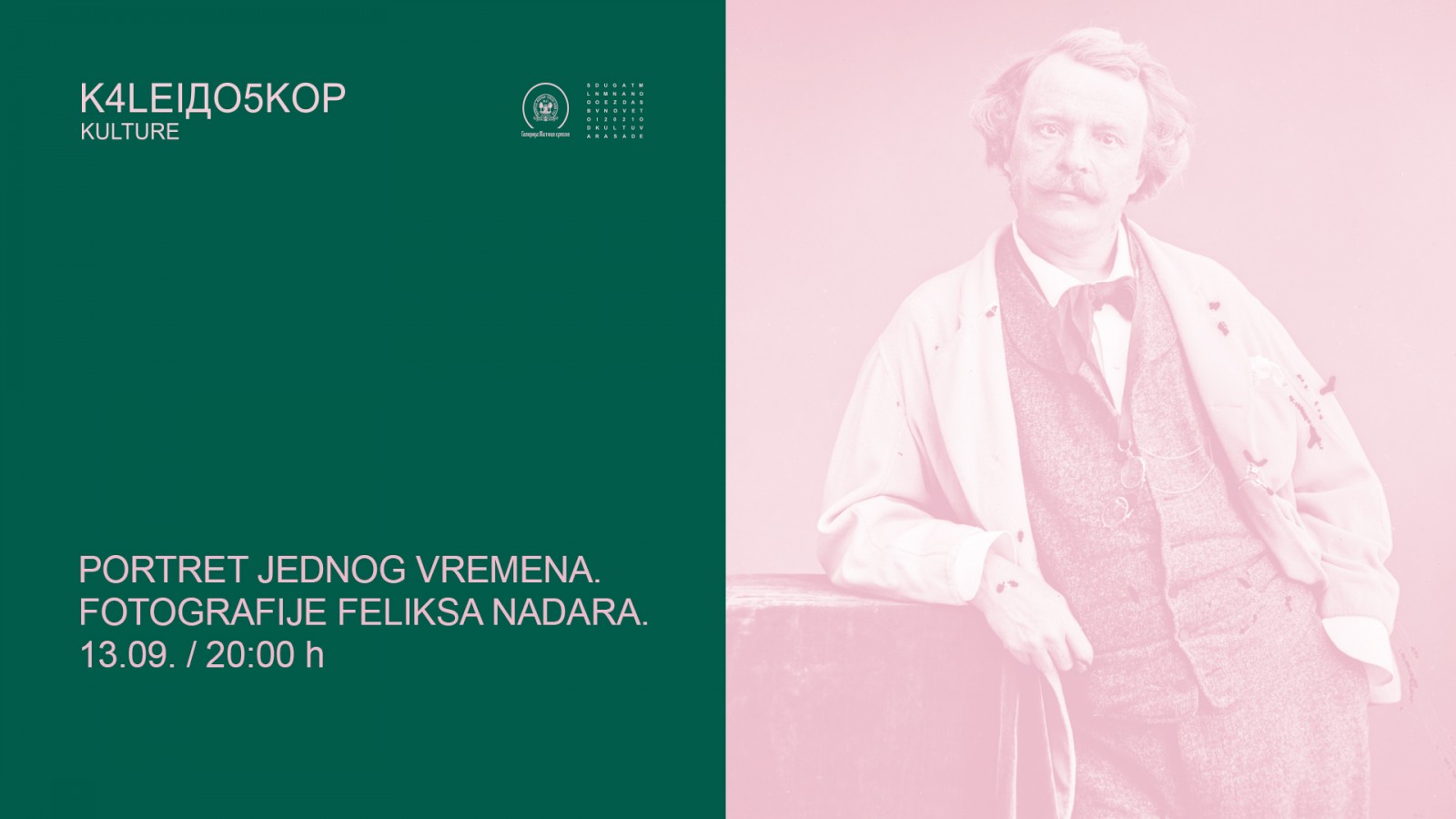 Two festivals in Svilara during weekend

The traditional 13th Novi Sad Comics Weekend brings important local and foreign names of ninth art to Novi Sad.  On 14 September at 12 p.m., Svilara will be the real treasury of ninth art with its rich programme that comprises comics exchange, workshops, exhibitions, discussions and introduction of authors and publishing houses.

Another festival entitled the ‘Time Machine – Festival of Animated Memories’, will be held in the Svilara Cultural Station, on 14 September at 11 p.m. The audience will have a chance to get acquainted with Novi Sad from a different point of view, through an exhibition of moving pictures, animated old photographs, showing short video forms about the city, filming visitors in front of a special canvas, entertaining content for children, masquerade.  The event is implemented in cooperation with Videomedeja and ‘Novi Sad 2021 –  European Capital of Culture’.

The ‘Kaleidoscope of Culture’ is the programme arch of the ‘Nov Sad 2021 – European
Capital of Culture’ project, which turns Novi Sad into the ‘city of scene’ at more than 80 locations from 24 to 30 August.   Part of the ‘Kaleidoscope of Culture’ are Street Musicians Festival – Gradić Fest, Piano City, Festival of Chamber Music, etc.
It connects spaces and programmes, as well as the actors themselves: the ‘Kaleidoscope’ presents a unique image of the diversity of Novi Sad through multiple arts, with its cultural institutions, non-institutional scene, artists and citizens themselves. With more than 400 programmes, everyone will have a chance to design their own kaleidoscope of culture.
More information here.