The End of the Kaleidoscope of Culture: Literary Morning and Reveal of Sculpture

Literary morning at the Najlon market – the last key event within this year’s ‘Kaleidoscope of Culture’ will be organised on 28 September morning, and on 29 September, the reveal of the ‘Q’ sculpture, which emerged from the cooperation of three European Capitals of Culture, will mark the end of the ‘Kaleidoscope’ in the Svilara Cultural Station.

Literary morning, event that emphasises the main characteristic of the ‘Kaleidoscope’, connection of unusual places with programmes, thus making the culture available to everyone, will close this year’s Prosefest, International Prose Festival.

The citizens of Novi Sad will meet at the main entrance to the Najlon market, from Temerinska Street, will have a chance to listen to prose, fragments from novels and meet poets Milutin Ž. Pavlov and Vule Žurić.

Milutin Ž. Pavlov, poet, narrator, essayist and novelist, born in Kikinda, won several prizes and awards for his literary work. He published his first works during ‘70s, and he already has numerous narratives, essays, publications and novels,  including the ‘Šarmer Male Varoši’ published in 1995, and audience will have a chance to hear fragments on Saturday.

Vule Žurić, author, was also writing radio dramas, screenplays and newspaper articles. He is also a winner of several literary awards, including the ‘Andrić Prize for the collection of stories ‘Tajna Crvenog Zamka’. He wrote the screenplay for the ‘Slepi Putnik na Brodu Ludaka’ movie by Goran Marković, books ‘Crni Glas za Belu Hartiju’, including seven radio dramas about serbian writers. He is the author of the children’s book ‘Roman bez Ormana’, as well as the Red Star part of the Monogamy ‘Mnogo Smo Jači/Derbi, Moj Derbi’. 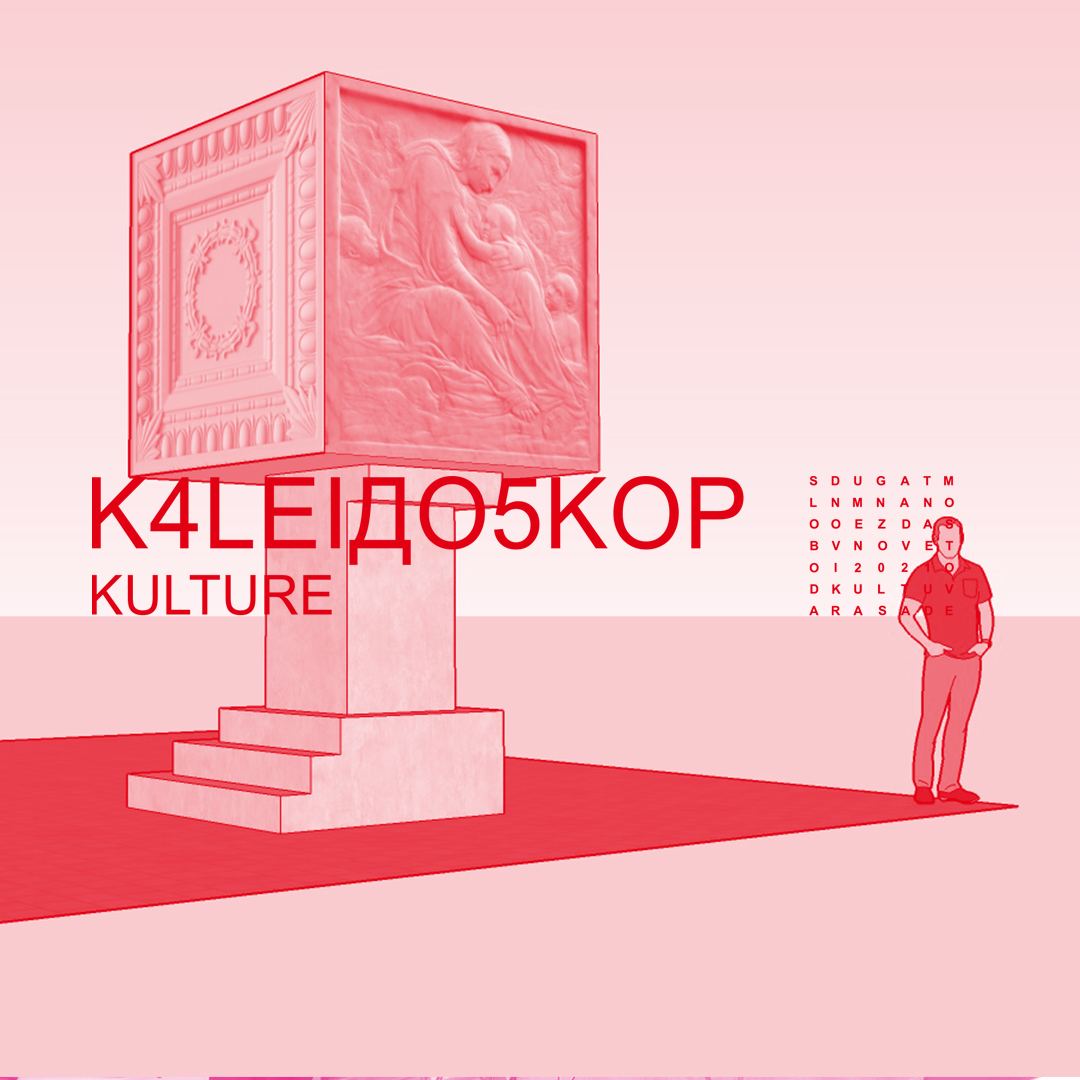 The end of this year’s ‘Kaleidoscope of Culture’ will mark the reveal of the ‘Q’ sculpture on 29 September, at 7 p.m. at the plateau in front of the Svilara Cultural Station.

The sculpture was carved from marble from Aranđelovac, in cooperation with the ‘Marble and Sounds’ Art Parade. Four artists, representatives of the European capitals of culture, worked on the sculpture.

The ‘Q’ project was created as the author and artistic idea by Danilo Vuksanović and Luka Kulić, which was developed in cooperation with the ‘Almašani’ Association of citizens of Podbara, with the aim to promote practice of active presence of contemporary sculpture in Novi Sad.

Luka Kulić, who graduated from sculpting, has been working on the implementation of numerous exibitions in the Museum of Contemporary Art for 12 years, management of international projects, he has been curator, and currently works in the Gallery of Matica Srpska.  He exhibited as an indepented artist several times in the country and abroad at group exhibitions.

Danilo Vuksanović, graduated from the Academy of Fine Arts and Design, Department of Graphics. He is a member of the Museum Committee (ICOM), Association of Fine Artists of Vojvodina and Association of Fine Artists of Serbia. In addition to independent artistic creativity, he was actively writing fine art critics and reviews of numerous artistic exhibitions in Novi Sad and region. He had his own and group exhibitions over 50 times in the country and abroad.

Ljubo De Karina, artist who presents Rijeka as the European Capital of Culture 2020 in the ‘Q’ project, graduated from sculpting, and won the prestigious Prešeren Award for sculpting as a student. He is know for monumental sculptures at public spaces across Croatia (Zagreb, Rijeka, Opatija, Ilok, Labin, Gorski Kotar, etc.), as well as in Germany, Italy, Slovenia and Japan. He held numerous independent exhibitions in Croatia and abroas, and he was awarded from his work and creativity with numerous awards in this field.

Ciprian Hopirtean, representative of Timişoara sa the European Capital of Culture 2021, has two certificates of the Oradea Academy of Visual Arts, for painting and restauration of painting. His works can be found in national and private collections across Europe. He is a member of the Association of Fine Artists of Northern Greece (V.A.A.N.G.) as one of the founders of the Greek initiative for marble. He participated in numerous symposiums of sculpture in Romania and abroas, and held indepentent and groups exhibitions at numerous local and international exhibitions.