The problem of refugees and national minorities has been a topic of Norbert Prettenthaler’s creativity for years. The Austrian visual artist made his new film in Novi Sad, in Klisa, Slana bar and Veliki Rit neighbourhoods.
The ‘17 question-marks – 17 fragezeichen’ documentary will be projected on 18 December in the Cultural Corner (Sentandrejski Put 106b) deals with UNESCO objectives, i.e. sustainable development issues, and examines their applicability in parts the city where the Roma population predominantly lives. The movie projection is scheduled for 6 p.m. and 7:30 p.m. with discussion with the author in between.
‘Sometimes, the answer lies in the question. My task was to get into the Roma community, into their neighbourhood and think about giving answers to all these questions. People here have told me that they do not feel poor because, in their opinion, they have everything they need to survive. That’s one kind of answer. On the other hand, people outside the community do not even know what Roma life looks like and are often shocked to see photos, videos and they want to help, which is another point of view and answers to some other questions’, said Prettenthaler. 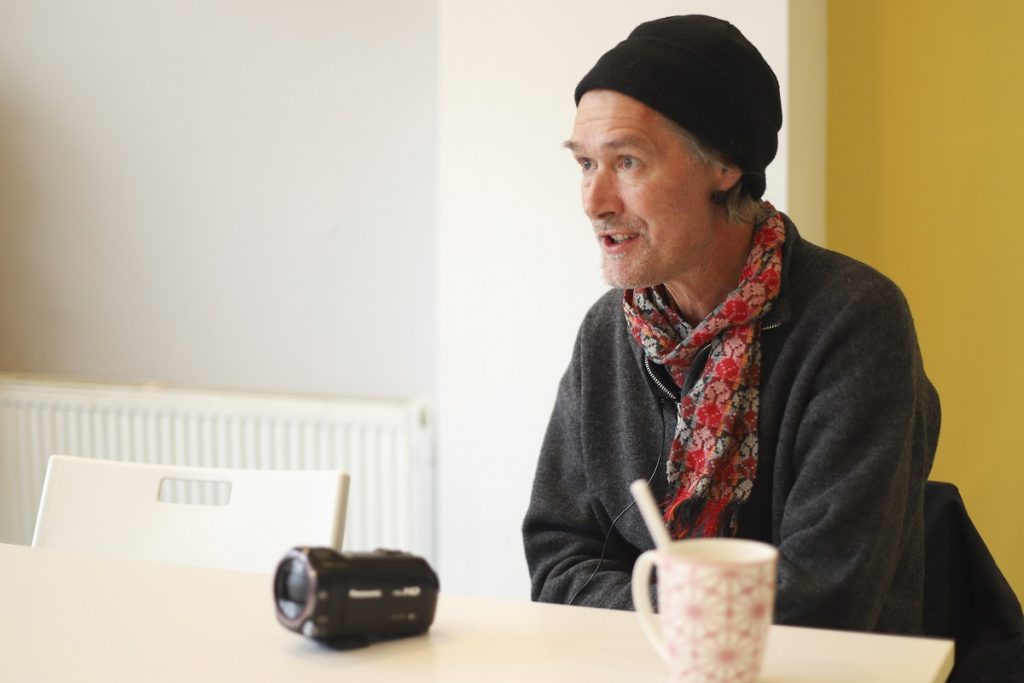 Norbert arrived to Novi Sat at the end of November within the ‘Artist in Residence’ programme that is part of preparations of Novi Sad for the European Capital of Culture title and supports artists from Novi Sad to work and create abroad, and on the other hand enables foreign artists to come to Novi Sad and exchange experiences and knowledge. As an author, photographer and director, he created the ‘Global Player’ street newspaper with Roma groups in Vienna, his documentary ‘Bare Droma’ was directed by members of Roma communities in Graz and Romania, and has been shown at several film festivals and in numerous cinemas.
‘People from Roma communities living here in Veliki Rit, or the districts in Romania, Africa where I worked, are generally sociable, nice and have a lot of interest because someone new has come from outside. They were more interested in what I was doing, how I was doing, than how it would turn out in the end. It was particularly interesting to me here because children approached me and in German asked me ‘Do you speak German?’ ‘Yes, I speak German’. They spent a lot of time in Germany, as refugees, I know that they come from Kosovo to Germany and then return to Serbia again’, says Norbert about working in Novi Sad with the Roma community. Norbert implemented most of his work in cooperation with Cultural Corner, which was opened in Slana Bara in October as an announcement for the future cultural station in that part of the city. 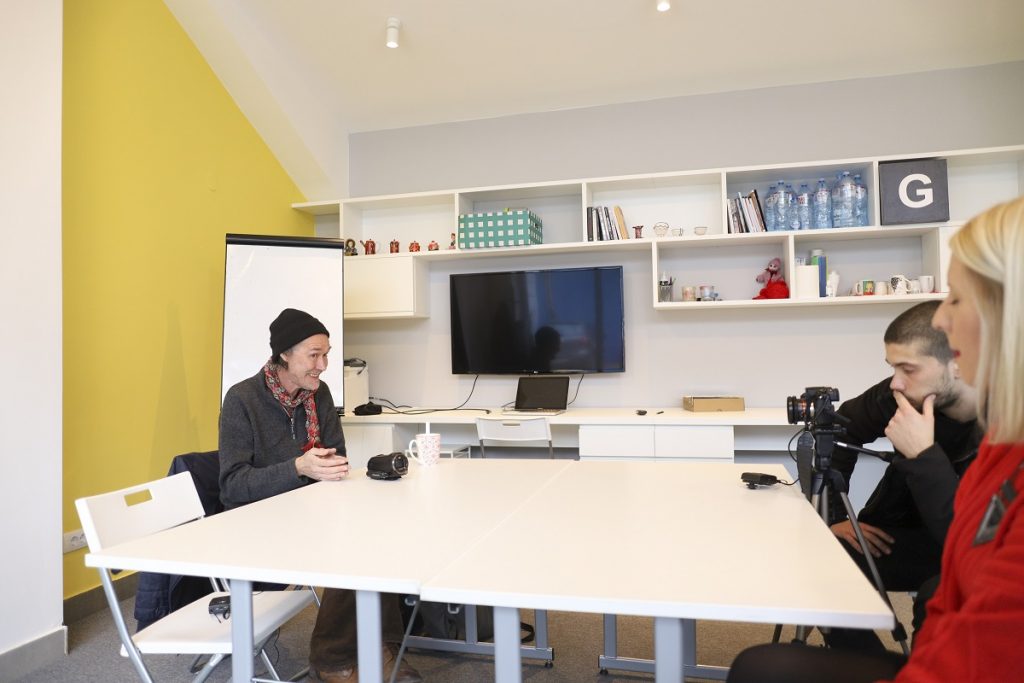 ‘These kinds of spaces are very important because people need to have a place in their neighbourhood that will be available to them all the time. This needs to be done everywhere, in every state and city. There are also offices in city districts in Austria, which were opened at the time when Graz was the European Capital of Culture in 2003. These spaces are still in function, there are various social activities and people like it, they call it ‘my neighbourhood offices’. So everyone is involved in social life and they can easily find the answer to some questions or problems’, says the artist.
Norbert considers his work in Novi Sad as something that has rounded up one story in his career.
‘I think Novi Sad is a real European city. I saw all sides of it and the centre itself, as well as Klisa and Veliki Rit. I think Europe is already here. I am glad for Novi Sad and also for Timișoara, which will carry the title of the European Capital of Culture the same year. I was in Romania during 2005 and also worked on a film about Roma communities, so now, after this filming in Novi Sad, I have the feeling that I have rounded up another story when it comes to my work on film’, says Prettenthaler.
You can find more information about the movie projection on facebook event.